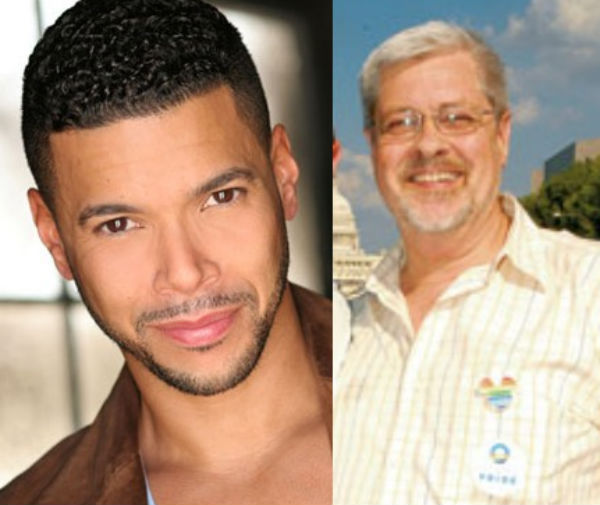 The Capital Pride Alliance announced on Monday that actor and LGBT activist Wilson Cruz and DC LGTBA Pride founder Deacon Maccubbin will serve as grand marshals for the Capital Pride Parade, a mainstay of the Capital Pride celebration and one of its most visible events. Joining Cruz and Maccubbin as guests of honor will be actor Daniel Franzese of “Mean Girls” and “Looking” fame, who will serve as a celebrity judge at the parade review stand, and actor and internet sensation Max Emerson, who will march in the parade.

All four will attend the “Crack of Noon” Parade Day Pride Brunch at the Dupont Circle Hotel at 12 p.m. The parade is slated to kick off at 4:30 p.m. from 22nd and P Streets NW.

“We are thrilled and honored to have Wilson and Deacon as this year’s Parade Grand Marshals,” said Ryan Bos, executive director of the Capital Pride Alliance. “Together, they represent what we have accomplished in the last 40 years and the work we still have to do in the future.

“Wilson Cruz may be best known for playing gay teen Rickie Vasquez on ‘My So-Called Life,’ but he has a long history of LGBTA activism,” Bos continued, noting Cruz’s work with youth of color and time spent volunteering with LGBT youth groups. “Wilson’s work represents the future of the LGBTA movement, and we’re very happy to have him as a Grand Marshal.”

The organizers also heaped praise on Maccubbin, the former owner and operator of LGBT bookstore  Lambda Rising, who is credited with organizing the first annual Pride celebration in D.C.

“Deacon’s accomplishments are legendary in D.C.,” said Bernie Delia, board president of the Capital Pride Allaince. “He contributed greatly to LGBT advancement in D.C. both politically and culturally. We are honored to recognize his work on behalf of all of us who have followed him.”

Bos and Delia also said they were excited to have Franzese and Emerson join the celebration, noting that both have a strong following among LGBTA youth.

“The Capital Pride Parade is one of the marquee events of the LGBTA Pride celebration,” said Delia. “The addition of Wilson and Deacon as the Grand Marshals makes it even more of a must-see event. We can’t wait to see the creativity the D.C. community will bring to the parade and the ‘Flashback’ theme.”

For more information on Capital Pride, and a schedule of events, visit capitalpride.org.