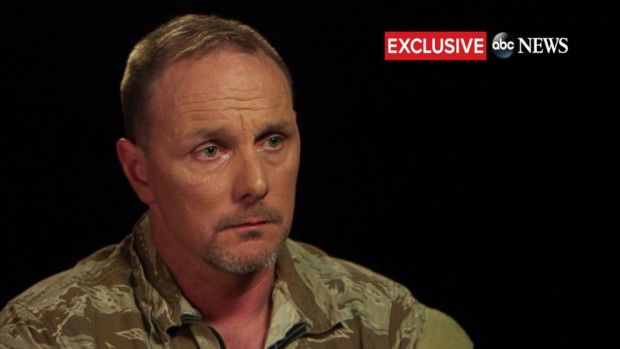 A former Navy SEAL and CIA contractor has revealed details of anti-gay harassment by fellow CIA contractors while he was stationed in Afghanistan in June.

Brett Jones, the only openly gay contractor with the CIA’s paramilitary Global Response Staff (GRS), told ABC News’ Brian Ross in an interview that he was bullied and harassed because of his sexual orientation so much that he feared for his safety. He has since filed a complaint with the CIA claiming he was discriminated against.

“I just had no idea where it ended or where it began and if I was to raise my hand and say, ‘Hey, this is a problem,’ people would lose their jobs. In an environment where everyone is armed and at a heightened sense of awareness, a little stressed out, maybe a little PTSD floating in there somewhere, that’s not the environment for me to do it in,” Jones said in the interview. “When people’s livelihoods and careers and everything are threatened, they tend to do some pretty crazy things.”

Jones officially came out professionally in February 2014 in an article posted to SOFREP.com, a website for special operations military veterans. He has since written a book about being gay inside of a special operations unit, Pride: The Story of the First Openly Gay Navy SEAL. In 2002, Jones was the subject of a Navy investigation as to whether he was gay, which could have resulted in him being kicked out of the Navy under the “Don’t Ask, Don’t Tell” policy. Though the investigation was eventually dropped, Jones decided to leave the military at the end of his service term, in June 2003. Surprisingly, as he told ABC News back in 2014, most of his fellow SEALs were supportive of him.

His colleagues temporarily abandoned him in the middle of the desert, in 120-degree heat and without water, saying he could walk back to the compound on his own.

But during his most recent stint in Afghanistan, Jones alleges that some of his fellow contractors appeared to be out to get him. Jones told The San Diego Union-Tribune that his coworkers made anti-gay comments, bullied and played tricks on him, and even once temporarily abandoned him in the middle of the desert, in 120-degree heat and without water, saying he could walk back to the compound on his own. As a result, Jones began to fear for his safety because he believed his colleagues would not protect him in an emergency.

Jones also alleges that the contractors and CIA employees gave a PowerPoint presentation with slides featuring sexist, anti-gay and racist language. He made copies of the PowerPoint slides, as well as of some racist and homophobic images that were on an official CIA computer, and then made up a family emergency that would allow him to return to the United States. Jones later provided some redacted copies of the slides to ABC News.

The CIA has declined to comment on the specifics of the allegations, but issued a statement condemning any anti-gay behavior, and noting that the CIA has ways for people to report discrimination, including, as it pointed out to the Union-Tribune, a 24-hour confidential hotline and a private email channel for its Office of Equal Employment Opportunity.

“We take very seriously any allegation of sexual, racial or any other form of harassment and/or discrimination at CIA,” spokesman Dean Boyd said in a statement sent to multiple news outlets. “We have a Zero Tolerance Policy against such behavior and CIA leadership is committed to holding all employees accountable for living and promoting this policy.”

John Riley is the local news reporter for Metro Weekly. He can be reached at jriley@metroweekly.com
← Previous Story Boy Scouts of America lifts ban on gay adult leaders
Next Story → Trumping the Competition