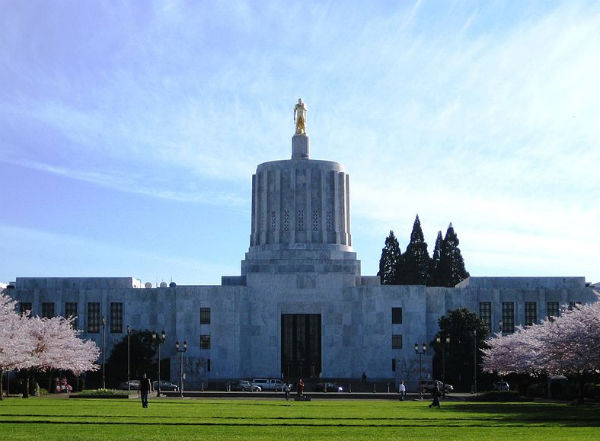 A proposed law in the Beaver State would create a position designed to help LGBT veterans.

Late Monday night, the Oregon Legislature passed a bill creating a position within the Department of Veteran’s Affairs known as the LGBT coordinator. The coordinator’s mission is to help military veterans upgrade the status of any discharge received because of their sexual orientation. If signed into law by Gov. Kate Brown (D), the LGBT coordinator would become the first position of its kind in any state, according to Portland NBC affiliate KGW.com.

Under the now defunct “Don’t Ask, Don’t Tell” policy, which was in effect from 1993 until 2011, gays, lesbians and bisexuals were prohibited from serving openly in the U.S. military. A similar prohibition on transgender servicemembers remains in effect. Many LGBT servicemembers who were outed were dismissed, though often without an honorable discharge. Because an honorable discharge is required to qualify for state and federal veterans benefits, they have been unable to receive the benefits they earned through their service.

As such, the LGBT Coordinator within the Department of Veterans’ Affairs will provide assistance to any veterans in obtaining benefits for which they and their dependents qualify, and work on obtaining honorable discharges for those people.

The bill also requires the Department of Veterans’ Affairs to report to the Legislature about the number of people it ends up serving, the type of assistance they receive from the LGBT coordinator, and any recommendations for how to improve the position.

In a Facebook post, Basic Rights Oregon, the state’s primary LGBT advocacy group, celebrated the bill’s passage. They specifically championed Sen. Sara Gelser (D-Corvallis), one of the chief co-sponsors of the legislation, and Rep. David Gomberg (D-Otis) for his floor speech in support of the bill.

In his speech, Gomberg noted that the LGBT coordinator was not exclusively limited to serving only a select group of veterans, a criticism offered by opponents of the bill.

“The bill says that there are certain responsibilities, but we are not limited to those responsibilities,” Gomberg said. “And the carrier on the Senate floor indicated that this position would be available to help anybody with discharge challenges. Not just the LGBT community, but anybody who needed help.”

John Riley is the local news reporter for Metro Weekly. He can be reached at jriley@metroweekly.com
← Previous Story Jimmy Carter: Jesus would approve of gay marriage
Next Story → Kansas will protect religious groups from same-sex marriage