No cities were destroyed in the making of Ant-Man, but therein may lie its biggest problem

Of all the superhero movies churned out by Marvel Studios, Ant-Man is the most unlikely. The first draft of a script was written nine years ago. While the Avengers assembled, avenged, and re-assembled, Ant-Man sat on the sidelines. Marvel was in no rush to make the movie. Edgar Wright, originally hired to direct, walked away from the project. It’s a surprise that it was actually, finally made.

This is because Ant-Man (

), unlike a Captain America or an Iron Man movie, is a fundamentally silly tale. (Yes, a billionaire narcissist flying through the sky in a tin can and a steroid-riddled, Nazi-hunting Baby Boomer are what count as “serious” in Hollywood today. These are strange times.) Every Marvel movie, it seems, depends on cataclysmic threats. It’s not enough to save a few people; the stakes need to be higher. In Ant-Man, the hero puts on a suit, presses a button, and — bam! — shrinks himself to the size of an insect. A man smaller than a thimble doesn’t exactly fit the bill.

That’s why, despite a handful of inventive action sequences, director Peyton Reed doesn’t find his footing until Ant-Man is nearly over. The movie is an atypical risk in the superhero genre, and Reed responds by grafting onto it as much of Marvel’s generic formula as possible. It lingers on a paint-by-numbers origin story, neglecting to address each character’s motivation in meaningful ways, and is shot in Marvel’s house style with bright visual effects. It’s a pleasant movie, but far from a memorable one.

Ant-Man opens in 1989, at a newly constructed S.H.I.E.L.D. headquarters along the Potomac River, where Dr. Hank Pym (Michael Douglas) vows to hide his body-shrinking invention, the “Pym particle,” from government officials. It’s too dangerous, he says. The movie then cuts to the present day, quite abruptly, where a burglar named Scott Lang (Paul Rudd) is released from San Quentin prison. He meets his ex-cellmate, Luis (Michael Peña), and begins to sort out his new, law-abiding life. “I’ve got a Master’s in electrical engineering,” he says. “I’m gonna be fine!” Not in this world, bub. Nobody in the Bay Area will hire a felon — not even Baskin Robbins, as explained in an early standout scene — and Lang needs money. Once he pays child support, he can see his daughter Cassie (Abby Ryder Fortson). Who would’ve guessed that Marvel cared about criminal justice reform, recidivism rates, and child custody?

Meanwhile, Dr. Pym discovers that his one-time protege, a mad scientist named Darren Cross (Corey Stoll), has cracked the secrets of the Pym particle. Cross uses the shrinking technology to invent a dangerous weapon, the “Yellowjacket,” which he intends to sell to the highest bidder. Pym’s daughter Hope (Evangeline Lilly) wants to dust off her father’s suit to stop Cross, but instead, dear old dad decides to recruit Lang. He concocts an nonsensical plot to lure Lang into his mansion … yadda, yadda, yadda … and that’s how we end up here, watching Paul Rudd ride on the thorax of a flying ant in a $130-million superhero movie. Oh, and the ant’s name is Antony.

Paul Rudd is a bright spot throughout, often times seeming like the only actor who understands what a joke this movie could, and probably should, be.

The process of the origin story can be dull, but here, at least it’s not maddeningly so. Lang is a latter-day Robin Hood, sent to prison for stealing from wealthy corporations who swindled customers, and Rudd plays him as a loveable everyman who detests violence. (“I don’t rob, I burgle,” he says.) He’s witty, but he’s not trading barbs with every person he meets. Although Marvel sanded down his mischievousness to a handful of tepid smirks, Rudd is a bright spot throughout, often times seeming like the only actor who understands what a joke this movie could, and probably should, be.

The rest of the cast flits between knowingness and the sort of hammy scene-chewing that’s tough to translate from comic pages to movie screens. Cross is a ludicrous villain, played by Stoll with either too much or little relish. Ant-Man goes to absurd lengths to secure his baddie bonafides. He’s so vile, he liquefies a baby lamb. A baby lamb!

Douglas dozes through the monologues he’s given in each scene. Lilly appears to be stuck with the same wig, dyed jet black, that Bryce Dallas Howard wore in Jurassic World. As Hope softens up to Lang, her bob follows suit. Why would audiences want to see an actress act, after all, when her hair can do the work for her? Ant-Man also borrows Judy Greer — she plays Lang’s ex-wife — and she’s exactly the same wet blanket that she was in Jurassic World and Tomorrowland. What a sad summer she’s had. Please, Hollywood. Give her something better to do than this.

Ultimately, the best thing about Ant-Man is that it gets better as it chugs along. This is no small feat, given that Marvel movies tend to peter out. Reed directs the final act of Ant-Man as a lively, imaginative whirlwind — it’s more playful than anything in the previous 90 minutes of screentime. Lang and Cross brawl inside a child’s bedroom, tumbling over a Thomas the Tank Engine train set. The camera cuts away, with great effect, to revel in the small scale of their fight. This is just a train set. This is just a kid’s bedroom. It’s a welcome reprieve from Marvel’s disaster fetish — no cities were destroyed in the making of this film — and it hints at the Ant-Man that could have been. 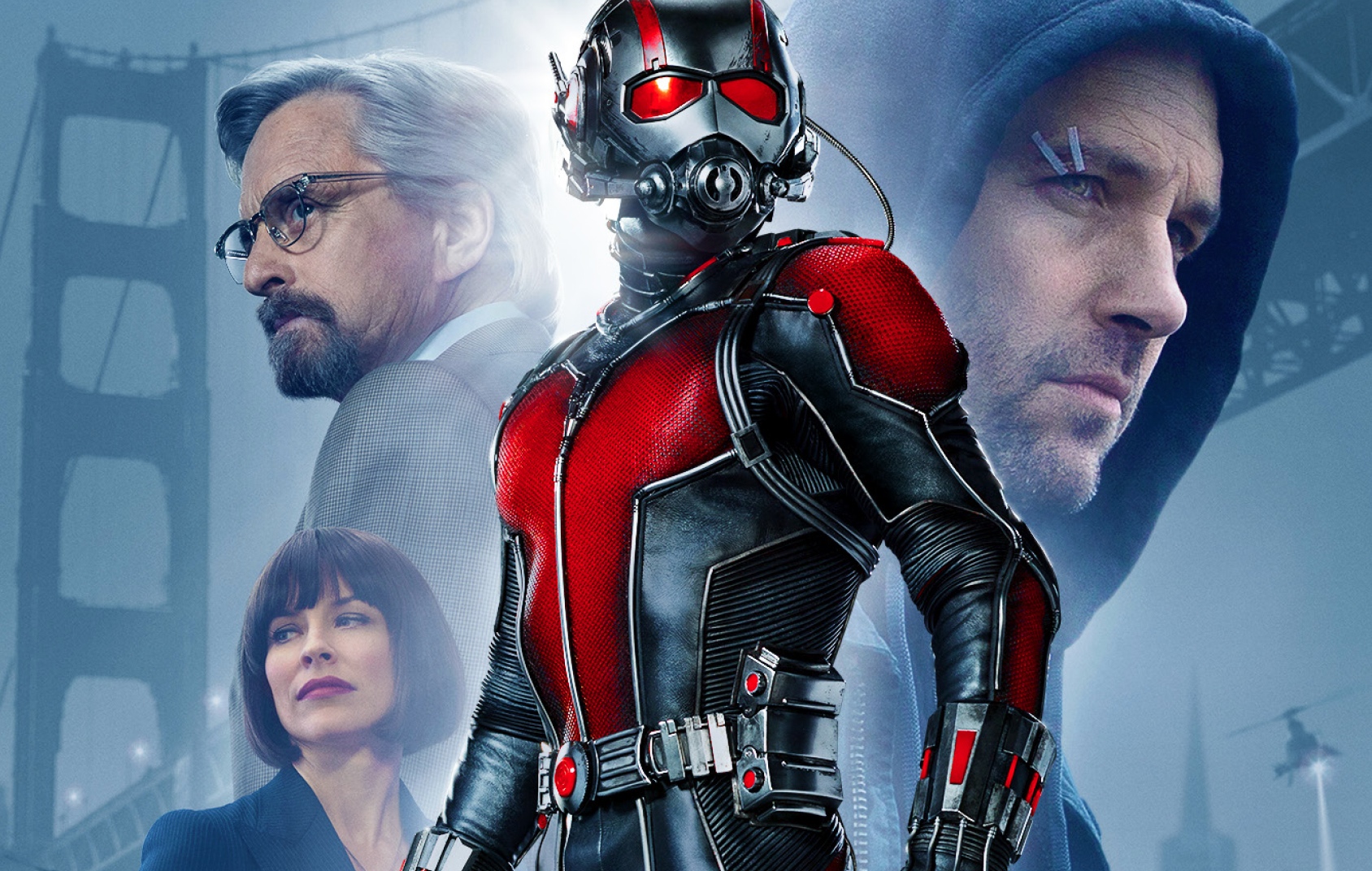 Much of the credit, or the blame, for the present-day dominance of superhero movies at the multiplex can be traced back to the phenomenal box office success of director Sam Raimi's early-aughts Spider-Man trilogy -- made for Sony Pictures.