A surprising number of people have some degree of bisexuality 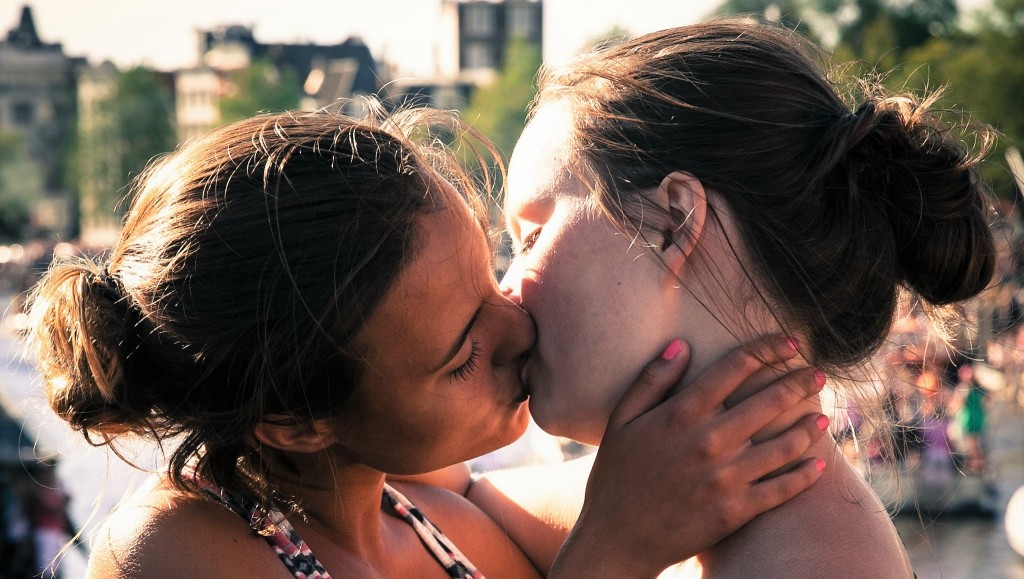 One-third of young Americans — and one fifth of all adults — wouldn’t describe themselves as “completely heterosexual.”

That’s the findings of a new survey by YouGov, designed to mimic a similar survey conducted in Britain earlier this month. YouGov used the Kinsey Scale, asking participants to choose a number between 0 and 6 to best represent their sexuality — 0 is exclusively heterosexual, 6 is exclusively homosexual. 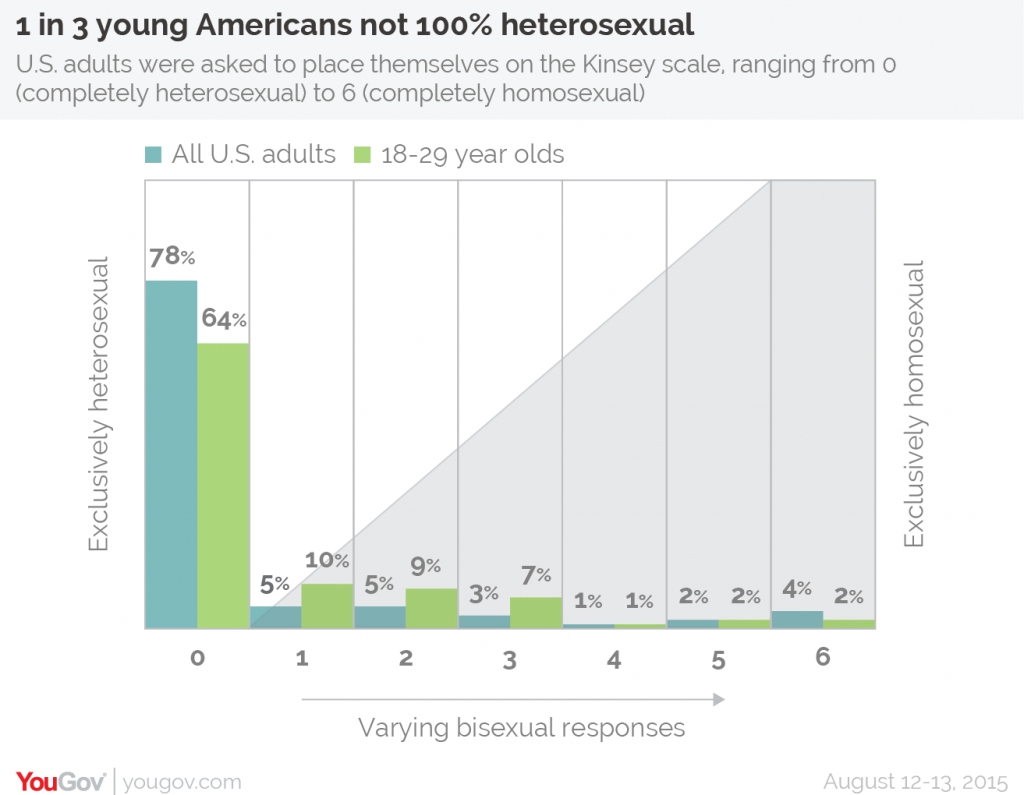 Of those surveyed, 78% of Americans consider themselves totally straight. Curiously, only 4% stated they were totally gay — bisexuality makes up a much larger portion of American sexuality.

In terms of age, younger people are much more likely to be sexually fluid than their elders. Of those aged 18-29, 29% consider themselves some degree of bisexual — only 2 percent are completely gay or lesbian. Compare that to those over 65, where a mere 7% of those asked had some degree of bisexuality (only 2-3% of those asked were gay or lesbian).

While it would seem that older generations are much more rigid in their sexuality, bisexuality — to any degree — is also prevalent in the 30-44 age range. Here, a quarter of those asked considered themselves bisexual to some degree — that makes sense, given given society became more sexually liberal during the ’70s and ’80s. 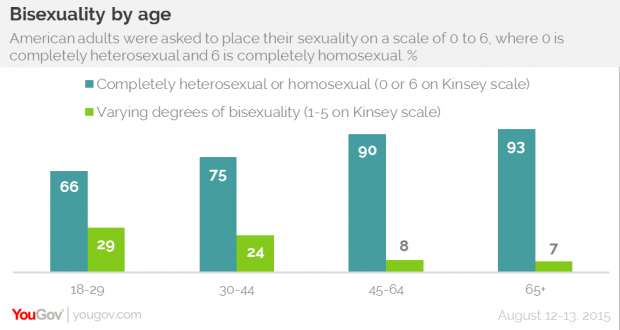 Perhaps the most interesting part of the survey is that even those who considered themselves completely straight had dabbled in sex with the same gender. For straight women, 15% have had a same-sex experience. That drops to 8% for straight men — if you’ve fantasized about making out with a straight person, women are twice as likely to be successful as men.

Curiously, here in the U.S. we seem much less sexually liberal than our relatives across the pond. A similar study in the UK found that over half of all young Brits (18-24) had some degree of bisexuality or were gay/lesbian. For the country as a whole, that number stands at 28%.