Beijing and the Nonsense News Hour

A view from inside China’s propaganda machine 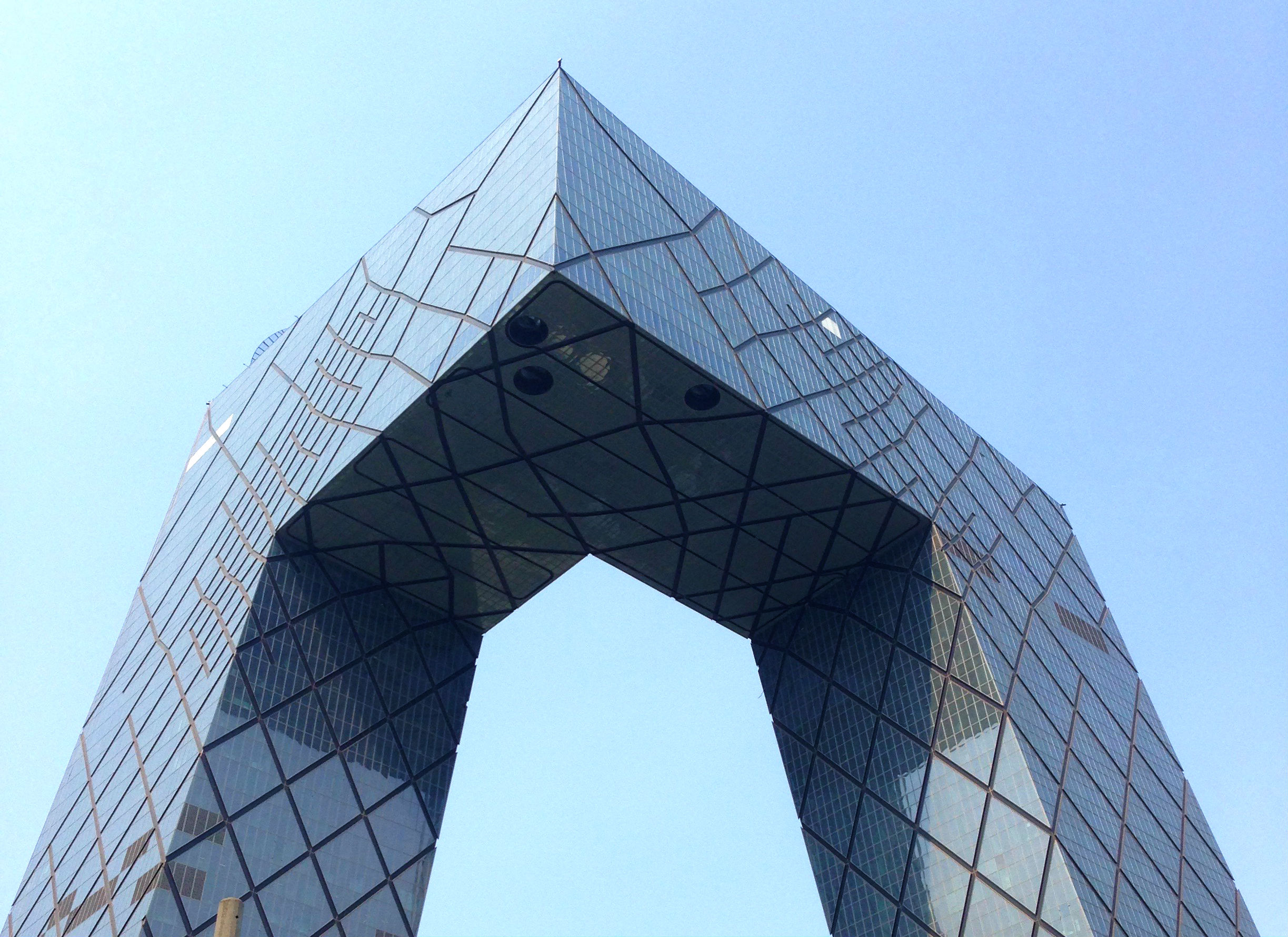 As the Supreme Court struck down bans on gay marriage nationwide, I sat some 7,000 miles away, editing a Chinese story about a scathing report condemning human rights in the U.S.

There was little fanfare in Beijing. No rainbow flags. No multi-colored lights aimed at Mao’s visage looming over Tiananmen. I celebrated vicariously, and in silence.

I was just months into a copy editing post at the headquarters of China Central Television (CCTV), located in a colossal two-tower glass building that defines the skyline. I left D.C. for Beijing in April, driven to the Chinese capital by an insatiable curiosity about whether a media system without revenue could work.

But keeping the Party pleased is the tricky part. For all the building’s windows and a promise of transparency, the glittering representation of state television offered little of the kind.

The post can be especially tough for CCTV’s staff of Western journalists, who haven’t produced news that makes the government happy. And after that flash of Supreme Court history transformed gay rights on June 26, the job became tricky for me.

Any news that could be perceived as salacious by Party standards was off-limits. We were told by the managing editor on duty that after the Supreme Court’s ruling, we couldn’t produce “gay” stories. And anything that put  China in a negative light was, of course, a no-go.

I WORKED AT CCTV under a scattered woman named Integrity. My four Western colleagues would rarely run into Integrity unless something went terrifically wrong.

Integrity did allow our department one crucial tool: Virtual Private Networks, or VPNs. These allow computers and mobile devices in China to access blocked website, from The New York Times to Facebook and Twitter. After all, it was necessary: How else would CCTV spread the Party’s word across the world without posting on the same social media platforms its own government actively blocks?

“The VPN was a tiny keyhole, and we peered through it from an office building designed to keep its employees caged in the Party’s reality.”

In fact, CCTV would pay to have its Facebook posts “boosted” to developing countries in Central and South Asia. That simply means that people who log on in say, Bangladesh, are forced to see CCTV’s Facebook posts.

For me, VPN access was paramount to keeping abreast with reality: the opposite of what Integrity had intended. Twitter allowed me to keep up with China’s flagrant human rights violations from Black Friday — when the country detained hundreds of human rights lawyers in late July, with many still missing — to the death of Tenzin Delek Rinpoche, a prominent Tibetan religious leader, in a Sichuan prison, just barely more than a week before. It was through Twitter by which I learned I would have the right to marry, while sitting at my desk.

The VPN was a tiny keyhole, and we peered through it from an office building designed to keep its employees caged in the Party’s reality.

Otherwise, CCTV was a suspended action flick. The Chinese journalists working for new media tended to be young graduates who majored in English and spent some time abroad -– they focused on anything but the news. Instead, they singled out what was perceived as fun: a demented attempt at click-bait. Normally, this meant violent car crashes, newborn panda cubs and any possible jab at the U.S. from Freddie Gray to CIA torture.

I NEVER QUITE understood the breadth of Communist control over media until China’s ferry disaster on the Yangtze River only months ago. On the night of June 1, the Oriental Star capsized and claimed some 400 lives, mostly seniors enjoying a scenic cruise. The captain survived.

Rumors swirled around the building that Integrity, along with the Party, feared it was too similar to South Korea’s Sewol disaster in April 2014. They worried that China could look bad to the rest of the world and that the government could be criticized — their biggest fear.

On the new media desk, we were given strict initiatives not to use the word “dead.” The hundreds of seniors victim to the capsized ferry were simply “missing,” until the ship was later recovered from the river amid an effort that came four days later. Integrity told the team that we could only “pay attention to the good work of the Chinese” throughout the disaster and the week. She received the order from the head of the channel — a rough-looking woman with chemically curled hair, named Shallot, who waged war on a lax dress code and eating inside the office.

“On the new media desk, we were given strict initiatives not to use the word ‘dead.’ The hundreds of seniors victim to the capsized ferry were simply ‘missing’.”

Meanwhile, from down in Jianli, where the Oriental Star had capsized, a friend at the Associated Press gave me a call, a day after the disaster. She was unable to access the site because the police had completely cordoned it off. Only CCTV and its wire service, Xinhua, were allowed in. CCTV had forced a monopoly over the wrecked ship by cooperating with the authorities.

The control over information ran far: My father called me later that same day to say that CCTV was cited in the Boston Globe as having exclusive information on the Oriental Star. Today, we rarely hear about the ferry disaster, as the Party tucks it neatly into a corner with twisted media coverage. There is no definitive answer as to why the ferry capsized, only speculation. There is little information on what happened to the captain who jumped ship.

And for the Party, CCTV’s new media, having spent a week reporting on the brave rescuers at the scene, finished a job well done.

I RESIGNED FROM the post in early July and spent the next month resisting Chinese journalists, for the first time, when they rallied for Party propaganda.

But, for me, the biggest problem at the CCTV propaganda machine isn’t the Party’s stiff hand — it’s that rarely anyone challenges the system, when we know that the system is wrong.

We too often take our freedom for granted stateside, where our offices aren’t government-run sweatshops. But whether it’s America or China, no one should be scared into silence. It took the Supreme Court’s historic ruling for me to realize that I had been frightened into complacency, kept quiet by a paycheck and job security.

But is that a life worth living?

This article is part of an ongoing series by Justin Heifetz, who has reported from Asia since 2011 when he graduated the University of Hong Kong. The names in this article are translated literally into English from Chinese.