Home / Arts + Entertainment / Film / Creative Blocks: “The End of the Tour” and “Ricki and the Flash”

Creative Blocks: “The End of the Tour” and “Ricki and the Flash” 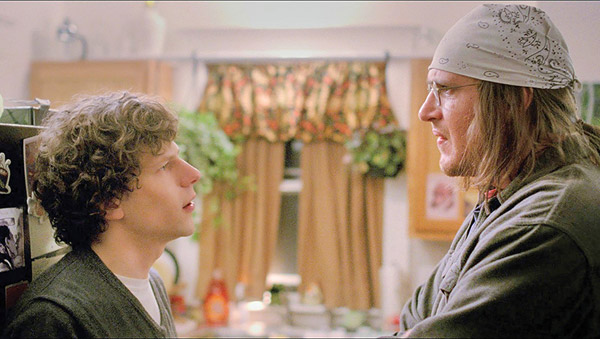 The End of the Tour

The script, by playwright Donald Margulies, is based on a collection of interviews that were recorded on tape in March 1996 by journalist David Lipsky. Lipsky wanted to profile Wallace in the wake of his burgeoning fame, so he tagged along for the last leg of the Infinite Jest book tour. The story wasn’t published; ultimately, Rolling Stone spiked Lipsky’s draft.

A decade later, Wallace hung himself. After his suicide, Lipsky compiled his unused interviews into a book. Margulies based his script on that book. And there’s the rub: The End of the Tour is an interpretation of a transcription of a conversation with a dead man. If this story once had sharp corners, they’ve been rounded off into smoother, gentle curves.

The End of the Tour is framed within the days after the suicide, when Lipsky (Jesse Eisenberg) digs up his interview tapes to remember and mourn. The movie recollects the short period he spent with Wallace (Jason Segel), mostly in and around his Illinois home in the dead of winter, as they talked and talked and talked. It’s a bold movie, in that regard, because director James Ponsoldt keeps the narrative as lean as it sounds.

Lipsky’s relationship with Wallace is fundamentally based on envy — he wants to be as great a writer as him, but won’t recognize the mental cost of navigating his fame — and he approaches the interviews not as a journalism assignment, but as an opportunity to befriend someone great. This tension is never quite resolved, for good reason, as it seesaws Lipsky’s behavior from minor annoyance, to amoral pest, to devout worshipper, and back again. Segel’s Wallace, of course, rarely treats Lipsky with anything but earnest care and respect. He understands the fraught relationship between subject and writer, how the writer can shape a person into whoever or whatever he wants, and shares this anxiety with Lipsky many times. Lipsky, on the other hand, is smart enough to realize what an opportunity this story represents — but too shallow to realize its cost.

The End of the Tour would have been better had it been about a fictional writer and not Wallace. It too easily casts the author as some temperamental dispenser of zen koans, a genius too beautiful for this world, and that seems unfair. To be fair, that’s an honest reflection of our cultural treatment of Wallace, post-mortem: flaws buffed away, status raised to impossible heights.

Ponsoldt and Marguiles must see a bit of themselves in Eisenberg’s Lipsky. They’re figuratively sleeping in Wallace’s guest room, dwarfed by piles and piles of his books, trying to figure him out. If The End of the Tour treated him as a man, rather than a figure, they might have discovered something profound. Instead, they fawned. 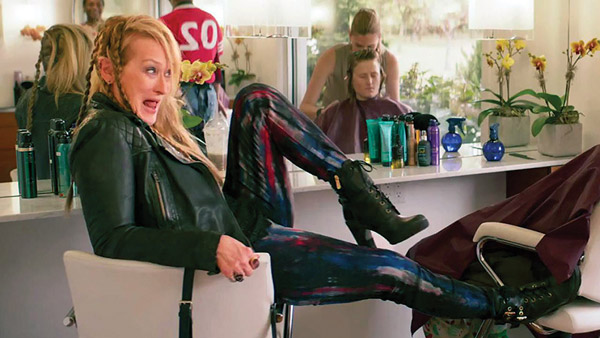 Ricki and the Flash

Ricki and the Flash, on the other hand, is a reminder that there are worse ways to tell a story. Directed by Jonathan Demme and written by Diablo Cody, the movie is about a sixty-something aspiring rock musician (Meryl Streep) who, decades earlier, abandoned her family to start a band in Los Angeles. Her name used to be Linda. Now she calls herself Ricki.

Ricki is called back to her former Midwestern life by her ex-husband (Kevin Kline), after her daughter (Mamie Gummer) spirals into a suicidal depression. It’s a completely different world: her family is wealthy, with no money troubles to speak of, while she’s on the verge of bankruptcy. Her children resent her. Her ex’s wife (Audra McDonald) is a considerate, traditional mother. Ricki and the Flash deftly navigates these tricky relationships, putting Ricki on trial for her life choices but rarely judging her, but the earliest scenes are an unfulfilled promise. Think of the talent involved in this movie: Demme, Cody, Streep! It should be better than it is.

Instead, it loses its thread with a relentless series of musical performances that bleed into one another, again and again. The last act is a bore — not because the music is bad, although it isn’t great, but because Ricki’s emotional development and ultimate reconciliation with her family feels unearned. The movie literally ends in a dance number, as Ricki’s music inspires her family to stand up and get down. What? How? Why?

By the end, Ricki and the Flash seems rushed. There are good ideas here about parenthood, and worthwhile questions raised about purpose, but so much is lost for the sake of a tidy ending. Nobody wants an encore. The show mustn’t go on.

The End of the Tour (

Ricki and the Flash