For Donald Trump and his fellow rich candidates with a safety net, failure is something for other people 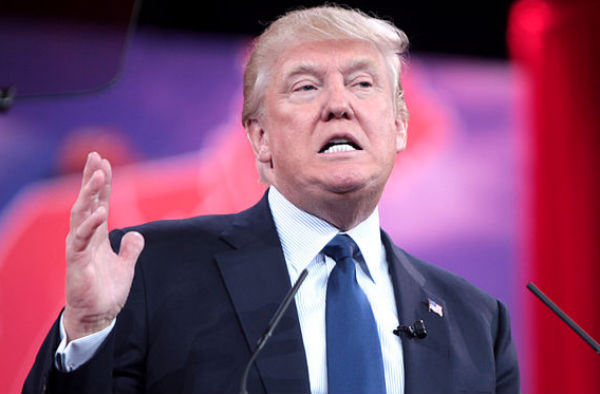 There comes a time in all our professional lives when despite our best efforts and furious protestations, we simply have to suck it up and perform the soul-deadening task our job requires of us.

Sure, there are some ancillary benefits to having the New York billionaire and “short-fingered vulgarian” leading the race for the Republican presidential nomination: watching Fox News attempt to shiv him during a debate only to find themselves on the wrong end of the sharpened silver spoon; thinly veiled GOP “informed sources” hyperventilating in the press about the racist, misogynist grassroots tempest they nurtured and mistakenly thought they could control; conservative blowhard Erick Erickson, famed for calling Supreme Court Justice David Souter a “goat fucking child molester” and Texas State Sen. Wendy Davis (D) an “abortion Barbie” suddenly discovering civility in order to ban Trump from Erickson’s troglodyte political pageant.

All amusing and full of delicious schadenfreude. But those are sideshows to the three-ring circus Trump is running to great, if depressing, effect.

We can count up all the ways that Trump is a nightmare for Republicans and, by extension, the rest of the country as we marvel at just how many fellow citizens are energized by racist rhetoric, know-nothing science, and foreign-policy hooliganism.

But what bothers me more about Trump is what his ascendence says about success in America. Here’s a billionaire railing against the government who has eagerly accessed bankruptcy laws multiple times in order to turn his failures into success. His self-vaunted business acumen may leave a city descending into economic oblivion but Trump doesn’t have to worry because failure doesn’t count when you’re rich.

And it’s not just Trump. Take Jeb Bush, the son of a former one-term president who presided over an economic downturn and was punished by his own party for daring to raise taxes to cover expenses; and brother of a former two-term president who launched a war based on lies and presided over the greatest economic disaster in nearly a century. Yet the “establishment” considers him the electable choice.

Failure doesn’t count when you’re rich and successful. It just adds to your resume.

The list goes on. Carly Fiorina was at the helm as Hewlett-Packard descended from an American tech powerhouse to a struggling also-ran before she pulled the cord on her lucrative golden parachute — now she’s running on her business expertise because, well, why the hell not? She’s rich, that’s what matters. Marco Rubio, while not particularly rich himself has certainly made himself rich-adjacent, leaning heavily on benefactors to keep him in a particular lifestyle and resuscitate his career after every failure.

Bankruptcy, disastrous wars, economic collapse, destroying the livelihoods of others to enrich oneself: none of those are roadblocks in the current GOP primary race. Because the rich and powerful get to make mistakes and still be rich. That’s the system the ultra-wealthy have built for themselves.

Not so much for the rest of us, who have to live with the results of our mistakes — and in the case of wars and economic collapses, the mistakes of the rich. It’s not true that American lives have no second chances. And it’s also not true that opportunity is there for anyone who wants it.

All the Republican candidates who benefit from this government safety net of bankruptcy laws, tax loopholes, and legal maneuvering are simultaneously promising to end the safety net for the rest of us. Because when we fail it’s our fault. Because when times are tough for us we just need to work harder. Because when we talk about shared responsibility in a democracy we’re impinging on the Galt-given liberty of a few to take advantage of the many.
So go ahead and enjoy the Trump show, which is likely to be extended for more months than you expected. Just don’t forget that, like most dark comedy, the joke really isn’t as funny as you first thought.

Sean Bugg is Editor Emeritus for Metro Weekly.
← Previous Story Intro to an Introvert
Next Story → The Soft Idiocy of Low Expectations