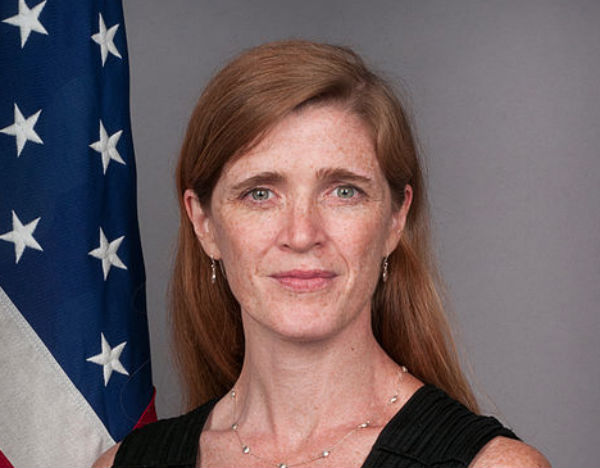 Two gay men who fled their home countries after Islamic State militants seized control of their hometowns shared the gruesome details of anti-gay persecution and killings of men suspected of being homosexual with members of the United Nations Security Council at an open hearing on Monday.

The meeting, which was hailed by U.S. Ambassador to the United Nations Samantha Power as “historic” for being the first meeting at which LGBT rights were discussed, was open to all nations belonging to the Security Council. According to news reports, member countries Chad and Angola chose not to attend the informal meeting. According to the Human Rights Campaign, same-sex relationships are criminalized in Angola.

The two men — Adnan (whose real name is concealed), from Iraq, and Subhi Nahas, from Syria — told the Security Council members in attendance of their first-hand accounts of dealing with Islamic State militants. According to The Independent, Nahas testified that a group known as Nusra Front, which has ties to al-Qaeda, began systematically torturing and executing men thought to be gay after the group seized control of his hometown. The militants would throw the men off of buildings, and if they survived, would encourage the townspeople, including children, to stone the victims to death.

Both Nahas and Adnan also testified that their family members turned against them because of their homosexuality.

“My own family turned against me when [Islamic State] was after me,” Adnan is quotes as saying. “If [Islamic State] didn’t get me, members of my family would have done it.”

He also testified that the militants hunt down suspected homosexuals through the cell phone and Facebook contacts of people they capture.

Power, who along with Ambassador Cristian Barros-Melet of Chile, called the informal meeting to address the issue of anti-LGBT violence under Islamic State control, highlighted the two men’s testimony to illustrate that the Islamic State militants are engaged in a systematic targeting of sexual minorities.

“Today, we are coming together as a Security Council to condemn these acts, to demand they stop, and to commit to one day bringing the perpetrators to justice,” Power said in prepared remarks. “That unified condemnation matters. This is the first time in history that the Council has held a meeting on the victimization of LGBT persons. It is the first time we are saying, in a single voice, that it is wrong to target people because of their sexual orientation and gender identity. It is a historic step. And it is, as we all know, long overdue.”

But Power also said that anti-LGBT attitudes exist in other places far beyond the control of the Islamic State, and criticized the criminalization of homosexuality or same-sex relationships in other countries, including some members of the U.N. Security Council. She called upon the international community to do more to ensure LGBT people are afforded basic human dignity and equal rights.

“No religious beliefs justify throwing individuals off of buildings or stoning them to death because of who they love,” said Power. “No cultural values excuse refusing to investigate a killing, assault or death threat because the victim is gay. These are not Western-imposed rights, or the North trying to force its values on the South. Yet in too many parts of the world, denying LGBT rights is still seen as moral and just. Laws are used to criminalize LGBT persons, rather than to prosecute the people who violate their rights. That must change.”