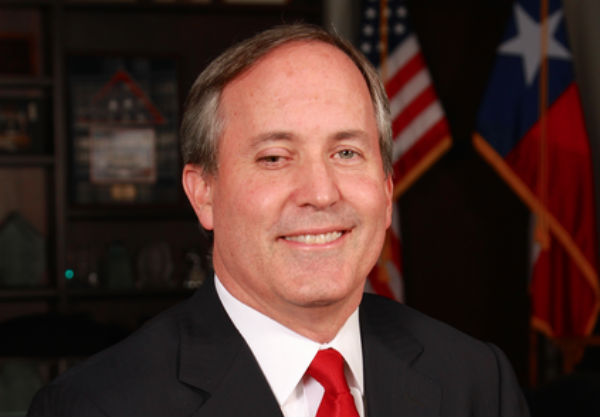 The refusal to acknowledge a marriage between a recently deceased Houston-area man and his husband could potentially land Texas’s attorney general in legal trouble.

According to The Houston Chronicle, Texas Attorney General Ken Paxton and interim Commissioner of the Texas Department of State Health Services Kirk Cole are accused of disobeying a July 7 court order barring the Lone Star State from enforcing laws the prohibit same-sex marriage. At issue is the refusal of the state to recognize the marriage of John Stone-Hoskins and James Stone-Hoskins, who died in January by listing James as “single” on his death certificate. John Stone-Hoskins has since filed a legal action asking the courts to amend his husband’s death certificate.

On Wednesday, U.S. District Judge Orlando Garcia instructed Cole to “immediately issue an amended death certificate for James H. Stone-Hoskins to state that John Allen Stone-Hoskins is the surviving spouse of James, and in doing so, fully recognize their legal out-of-state marriage.” Garcia also ordered both Paxton and Cole to present themselves at the federal courthouse in San Antonio for a hearing on Wednesday, July 12. The purpose of that hearing is to determine whether the two men should be held in contempt for disobeying the court’s ruling, which was intended to prevent the state from enforcing its now-defunct but still-on-the-books constitutional ban prohibiting recognition of same-sex relationships.

If either man refuses to show up in court, they could face fines or jail time. Paxton is already under intense scrutiny because he has been charged with charges related to securities fraud, according to the Associated Press.

Neel Lane, one of the lawyers representing John Stone-Hoskins in his fight to be listed as the surviving spouse, was quoted by The Chronicle as saying Texas officials’ refusal to amend James Stone-Hoskins’ death certificate was political, “heartless” and denies same-sex couples “dignity and respect they are entitled to.”

On Wednesday, a spokeswoman for Paxton’s office told The Chronicle that the issue of whether the Supreme Court’s ruling is retroactive — since James died prior to the high court’s decision in June — needs to be resolved in a separate case. State officials have since reported that they have amended James Stone-Hoskins’ death certificate to include John as his husband.

But Paxton, according to the Associated Press, remains defiant, arguing that there is “no authority” for the judge to hold him, in his role as a constitutional officer, in contempt. He has argued that he did not personally refuse to amend the death certificate, but only gave Cole legal advice reflecting the uncertainty regarding whether the Supreme Court decision could be applied retroactively.

“The request for an order holding the attorney general in contempt is particularly striking,” Paxton’s office said in a court filing objecting to Garcia’s threat of placing him in contempt.