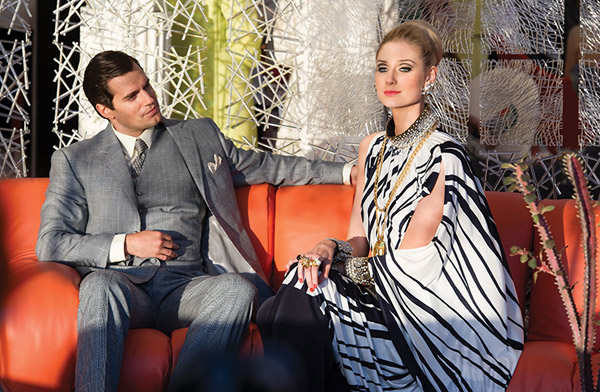 Remember when spy movies were fun? Before every Bond flick was treated as high art? Before Daniel Craig? Remember The Spy Who Loved Me, a very silly movie that believed Roger Moore could fight baddies on the ski slopes and turn a car into a submarine? That particular style of hammy self-awareness has been a key feature of the spy movie since its inception, but you wouldn’t know it by watching Skyfall.

That’s not to say Craig’s Bond isn’t riveting, or that his movies aren’t great. But the genre has been due for a course correction for some time, and it’s finally arrived. Kingsman: The Secret Service established a beachhead last year, and now, The Man From U.N.C.L.E. is storming in.

U.N.C.L.E. is all style, no substance. And that’s meant as a compliment. Each character is dressed handsomely, as if they just stepped off a Milan catwalk. The story itself is a little wisp of diddly squat — it involves rogue nuclear technology, or something — but thankfully, no one seems all too interested in it. Not the actors, not the screenwriters, and certainly not the director, Guy Ritchie. Yes, The Man From U.N.C.L.E. is exactly what it should be: a cool, stylish, fun caper. And Ritchie, despite his flaws, is the right man to pull it off.

Set in 1963, along the border of the Iron Curtain, The Man From U.N.C.L.E. pairs American spy Napoleon Solo (Henry Cavill), with Soviet spy Illya Kuryakin (Armie Hammer). A thief turned international man of mystery, Solo is something of a debonair cad. He quips; he seduces; his hair always looks fantastic. Kuryakin is a brute in comparison. He’s a large man, awkward around women, and about as subtle as Hammer’s ridiculous accent. Their mission? Protect Gaby Teller (Alicia Vikander), daughter of “Hitler’s favorite rocket scientist,” and thwart the plans of Victoria Vinciguerra (Elizabeth Debicki), a fascist hellbent on destabilizing the Cold War with a nuclear warhead — or something along those lines. Again: The story isn’t important.

All you need to know is that Solo and Kuryakin are forced to team up. It’s a classic sort of odd couple pairing, and The Man From U.N.C.L.E. mines it for a lot of physical comedy. (A boat chase, staged midway through the movie, is Ritchie’s slyest visual joke in years.) Cavill and Hammer don’t build a comfortable rapport with each other — certainly not as well as Robery Downey Jr. and Jude Law did in Ritchie’s Sherlock Holmes series — so there’s a hard limit to how well they work on-screen together. The actors are fun, but they’re all working in their own glass boxes. Vikander isn’t given much to do at all, so she’s stuck bouncing between tart damsel and mysterious threat. Debicki is a fantastic villain, all sharp edges and smoky eyes, but she’s rarely given the chance to play against anyone else. That’s the problem with a cool movie: everyone is ice cold. 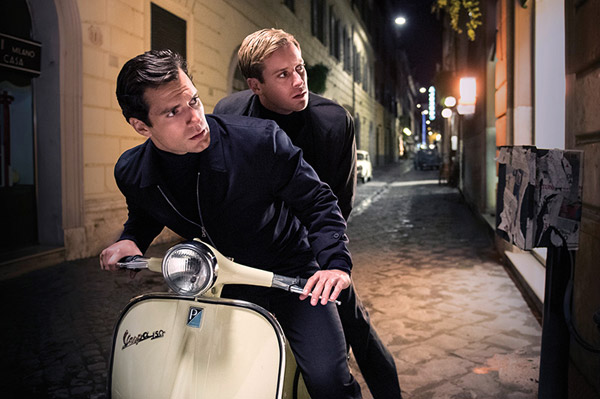 And yes, The Man From U.N.C.L.E. is very, very cool. It’s preoccupied with its own coolness. The suits are impeccably tailored; the mod dresses impossibly stylish; the actors impiously beautiful. Costume designer Joanna Johnston clearly had a field day with the project. As the story jetsets across Europe, from Berlin to Rome, Daniel Pemberto’s groovy score pipes in with snippets of Ennio Morricone, Nine Simone, and Tom Zé. It’s all just so cool. Maybe too cool: at times, it seems like Ritchie can’t decide if he wants to crib from Soderbergh or Leone. This is a movie for people who like to look at, and listen to, pretty things.

Is that enough to overcome The Man From U.N.C.L.E.‘s flaws? Cavill isn’t exactly a bore, as his reputation would suggest, but he’s not as charming as he needs to be. Richie stumbles whenever he tries to deploy dramatic irony — several scenes hide crucial twists from the audience, only to reveal them, toothlessly, minutes afterward — and late in the second act, he nearly derails everything with a bizarre, incredibly distasteful montage about the Holocaust. When The Man From U.N.C.L.E. sticks with the slick, the cartoonish, and the superficial, it’s a treat. When it doesn’t, the gilding flakes off fast.

Still, it’s a welcome change for the genre. And it’s a relief to see Ritchie offer an alternative to grit and realism, to watch as he injects self-awareness into a movie that’s begging to tease itself. The Man From U.N.C.L.E. doesn’t set out to be the next great spy movie, and because of that, it’s a perfectly good one.