By John Riley on September 15, 2015 @JohnAndresRiley 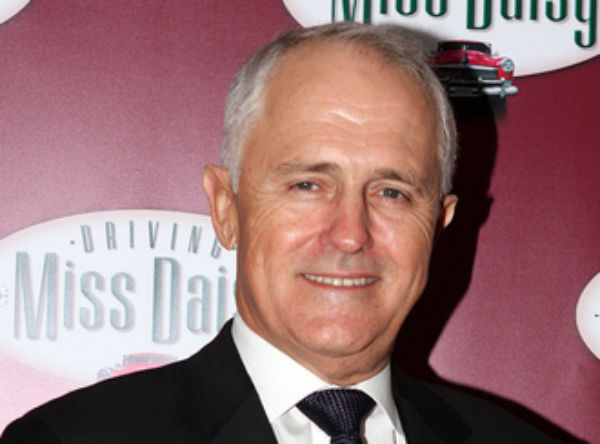 It looks like LGBT activists have celebrated too soon after the ouster of former Australia Prime Minister Tony Abbott by his own party in a leadership election on Monday.

Abbott, the former leader of the right-wing Liberal Party, reviled by LGBT activists worldwide for refusing to allow a vote for marriage equality in the Parliament, lost in a secret ballot leadership election to fellow part member Malcolm Turnbull, who was sworn as prime minister in on Tuesday.

In response to Abbott’s loss, the U.S.-based Human Rights Campaign (HRC) issued a statement celebrating Turnbull’s victory and urging the new prime minister to allow a vote on national marriage equality legislation, which has been languishing without a vote in parliament. Abbott previously stated that he would not allow a conscience vote on marriage equality legislation, as was done when same-sex marriage was legalized by the Conservative-led Parliament in the United Kingdom. What that meant was that, even if members of the Liberal Party and its coalition partners supported same-sex marriage, they would have to vote against a bill legalizing it. LGBT activists believe there are enough Liberal and third-party MPs to cross over to guarantee the bill’s success if a conscience vote were to be allowed.

“It’s encouraging that such a staunch opponent to marriage equality is no longer in a position to stand in the way of progress for LGBT Australians,” said Ty Cobb, director of HRC Global. “We urge the new Prime Minister to stand on the right side of history by moving quickly to allow a vote on the critical legislation that will finally allow loving and committed same-sex couples in Australia the right to marry.”

The socially conservative right-wing site LifeSiteNews also lamented Abbott’s loss, which was attributed to the Australian media’s “aggressively negative” coverage of Abbott and its support of same-sex marriage. The website ran news of Abbott’s defeat with a headline declaring: “Australia in gay ‘marriage’ danger as Prime Minister Tony Abbot is ousted,” while noting that Turnbull and his deputy, Julie Bishop, are both supporters of marriage equality.

But the celebrations by LGBT groups and hand-wringing by social conservatives appeared to be premature after Tuesday, when, according to SkyNews, Turnbull stood by his party’s position of holding a national plebiscite, or voter referendum, on legalizing same-sex marriage if the Liberal coalition government is re-elected after the next election, sometime in 2016.

“There is no greater virtue in a free vote here or a plebiscite,” Turnbull said. “They are each means of resolving the matter — one, I grant you is more expensive but, nonetheless, it is a very legitimate and democratic way of dealing with it.”

The opposition Labor Party has thrown its support behind a free conscience vote by members of parliament if they are elected.

In truth, there was little likelihood of a change in the government’s stance on same-sex marriage, as Turnbull does not wish to anger conservative members of his party — as UK Prime Minister David Cameron did when he supported same-sex marraige — with whom Turnbull is already not particularly popular. Additionally, it was not Abbott’s position on same-sex marriage that led to his removal, but rather the perception that his unpopularity as prime minister was serving as an anchor around the necks of his fellow party members ahead of the next election. According to The Guardian, polling since April 2014 has consistently shown the Liberal coalition government under Abbott trailing the Labor Party.