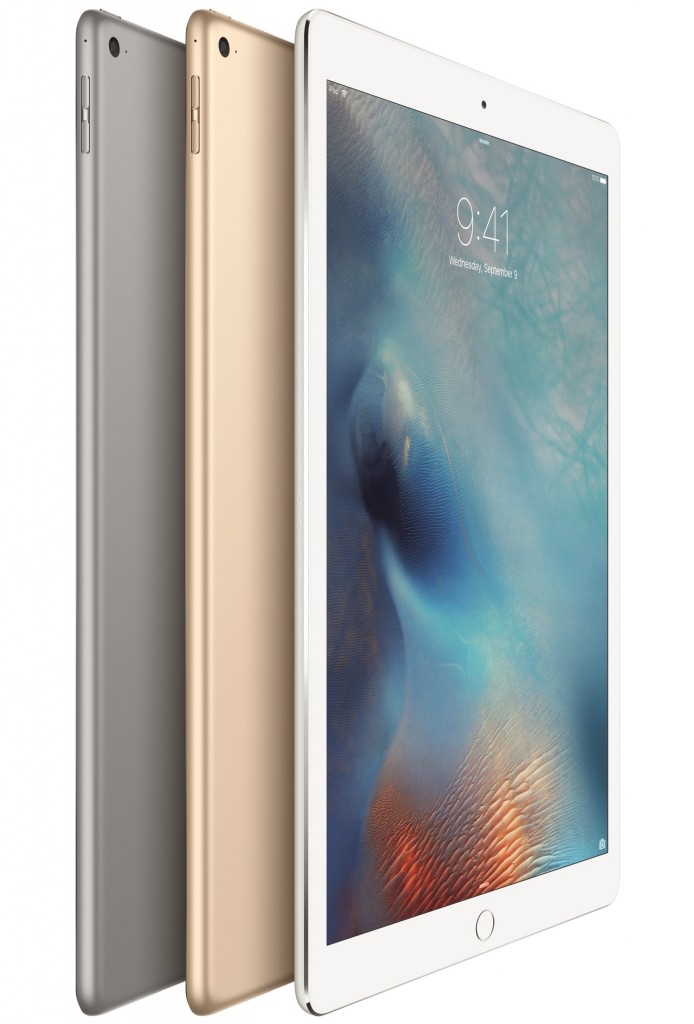 The iPad Pro is “the biggest news in iPad since the iPad,” according to CEO Tim Cook — and from a size standpoint, he’s not lying. Apple’s latest iPad is as wide across the screen as the iPad Air 2 is tall. That display measures 12.9-inches, dwarfing the iPad’s 9.7-inches. It crams in 5.6 million pixels and uses the same technology as Apple’s 5K iMacs, but keeps the same pixel density as the standard iPad. 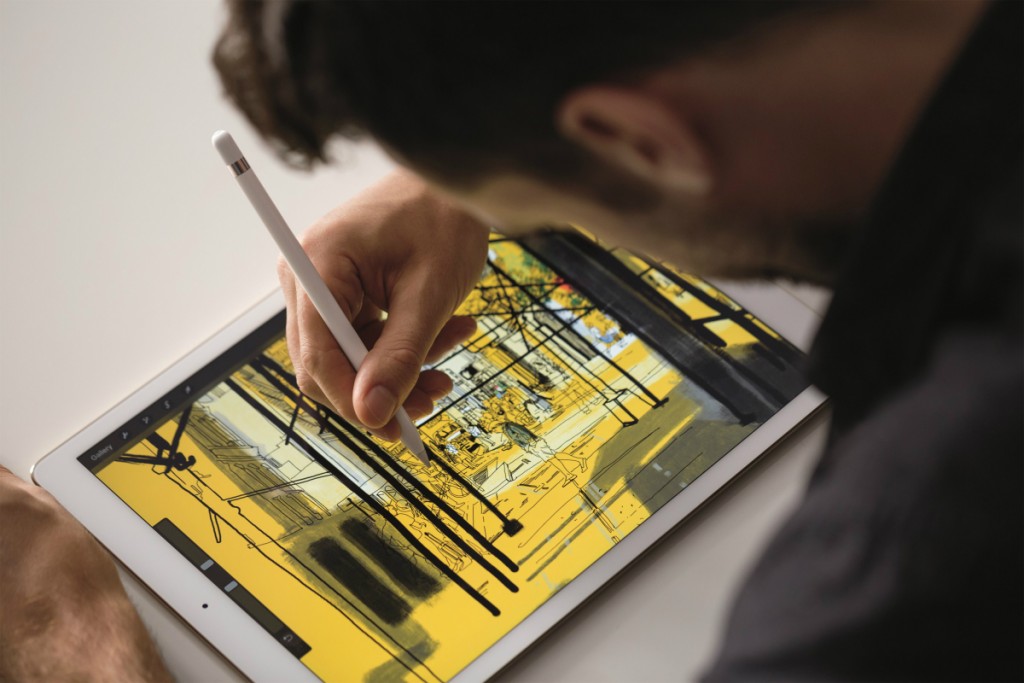 Users can tap away on a software keyboard that’s as large as some of those in Apple’s MacBooks, or they can use a new $169 smart keyboard accessory. (Logitech and other keyboard manufacturers may be less than enamored with that.) In addition to the keyboard, Apple are also taking cues from Microsoft’s Surface tablet by letting users draw and write on the display using a $99 smart Pencil, which can detect varying degrees of pressure, sense position and tilt angle, and — rather smartly — charge through the iPad’s lightning port.

Under the hood, Apple are promising 10 hours of battery life. That’s no doubt something the powerful new processor will put to the test — the A9X chip, which Apple claims is more powerful than 80% of portable PCs released over the last 12 months, has double the graphics performance, double the disk performance and double the memory bandwidth of last year’s A8X chip. 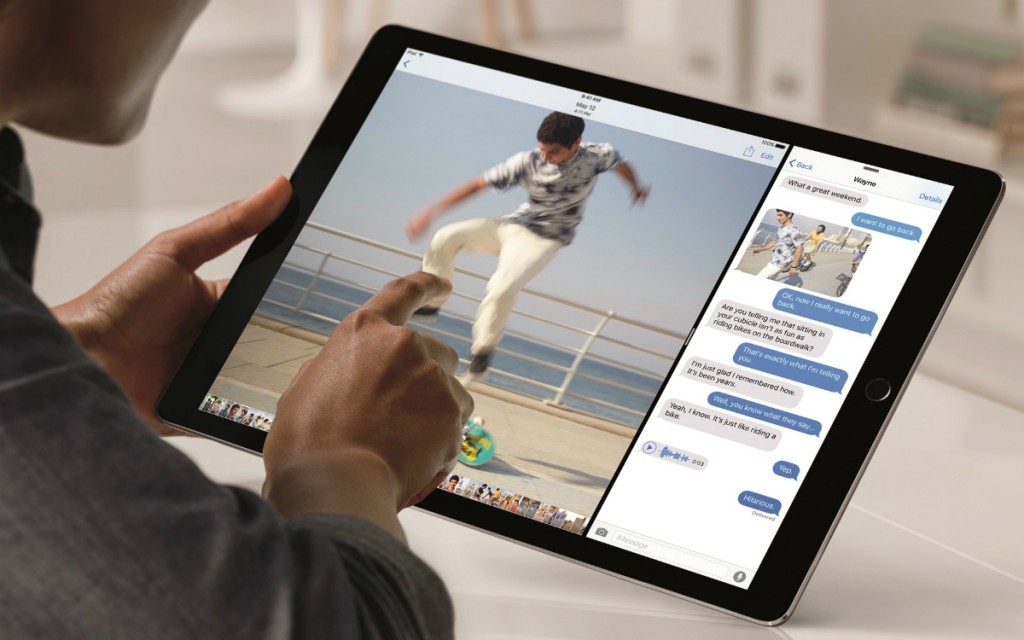 Apple teased several custom-made apps for the Pro, including Microsoft’s Office suite — yes, Microsoft made an appearance at an Apple event — and Adobe’s Photoshop suite of apps. Expect developers to have a field day with the new Pencil and larger screen size, however — especially with regards iOS 9’s new multitasking abilities.

How much will Apple drain from your account in return for its latest and greatest? $799 for 32GB of storage, or $949 for 128GB. Add LTE onto the latter and you’ll owe Cupertino $1,079. The iPad Pro launches in November in space grey, gold and silver. 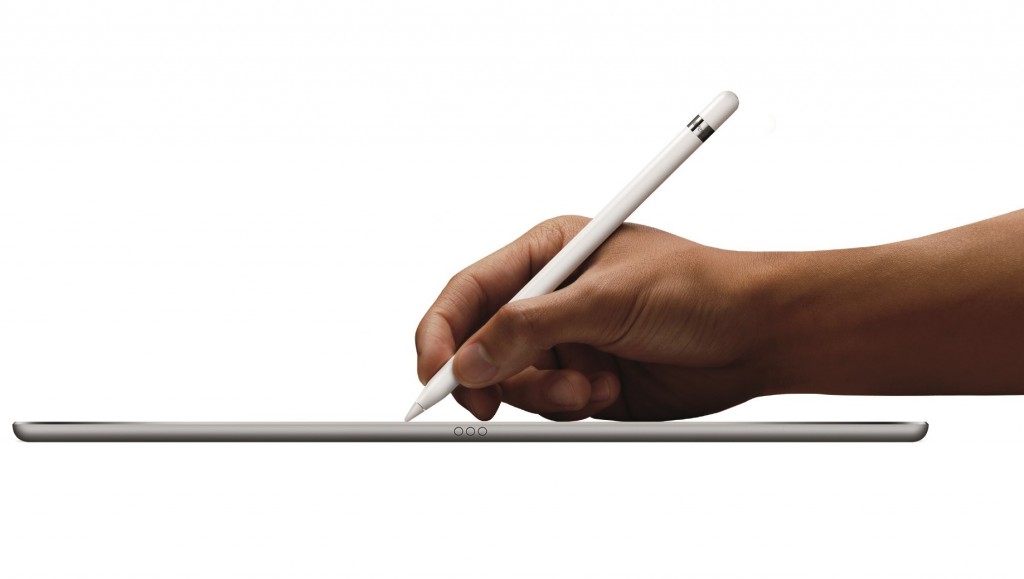