By John Riley on September 4, 2015 @JohnAndresRiley 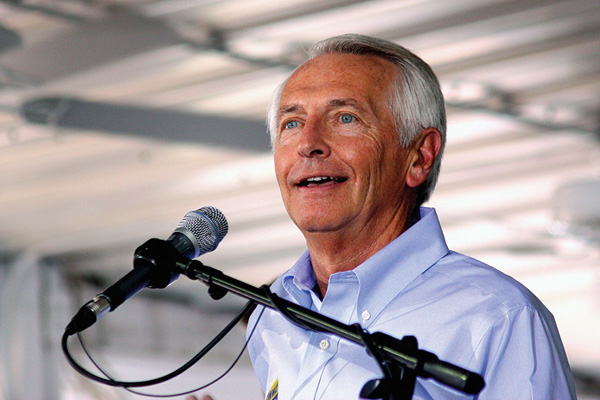 William Smith and James Yates obtained a marriage license in Rowan County from Deputy Clerk Brian Mason, one of the five deputy clerks in had promised that they would be willing to issue licenses to same-sex couples. Kim Davis, the head Rowan County clerk, chose to go to jail by defying an earlier court order by Bunning and refusing to allow any marriage licenses to be issued to any qualified couples in the county, regardless of sexual orientation.

“This means, at least for this area, that civil rights are civil rights,” Yates said. “We’re very happy.”

Yates and Smith were grateful to be able to obtain their license, though they expressed regret that Davis was in jail, saying that they just wanted her to provide them the paperwork for a license. The couple previously attempted to marry five previous times, each time turned away by Davis and her subordinates.

A spokeswoman from the national branch of the American Civil Liberties Union (ACLU) confirmed that April Miller and Karen Roberts, one of four same-sex and opposite-sex couples who had sued Davis, were planning to head to the clerk’s office around 11 a.m. on Friday.

“Today, the needless wait for loving and committed couples in Rowan County, Kentucky, has finally ended,” Sarah Warbelow, legal director for the Human Rights Campaign, announced in a statement. “Denied a constitutionally protected right to marriage by a public official who thought her religious opinion placed her above the law, these couples waited far too long for marriage equality in the place they call home. Justice, equality, and the law have finally prevailed.”

Steven R. Shapiro, legal director of the ACLU, issued his own statement pointing out that it is Davis, not marriage equality supporters, who unnecessarily escalated the situation.

“We are gratified that our clients will finally receive their marriage licenses,” Shapiro said. “It should never have been an issue. As Judge Bunning has made crystal clear, public officials may not ignore the law. We have reached this point only because Ms. Davis chose to defy the court’s order and place her own personal views ahead of the Constitution. Ms. Davis had a choice to make and she has made it. The judge then responded in the way he thought most appropriate to ensure that the law was obeyed.”

Davis’ situation is likely to remain in the spotlight, as Kentucky has elections for statewide office this November. Even though she was elected as a Democrat, Republicans have seized on the issue of “religious liberty” and have used it to attack Attorney General and Democratic gubernatorial nominee Jack Conway over his refusal to defend Kentucky’s ban on same-sex marriage earlier this year.

Republicans and Davis supporters have also attacked Gov. Steve Beshear (D) and his son Andy, a candidate for attorney general, over the elder Beshear’s refusal to call a special session of the legislature to deal with concerns over county clerks’ religious liberty. Some lawmakers have suggested either creating an online database or taking the responsibility of issuing marriage licenses out of the hands of county clerks, which would allow those, like Davis, who object to same-sex marriage, to avoid violating their consciences.

John Riley is the local news reporter for Metro Weekly. He can be reached at jriley@metroweekly.com
← Previous Story Right of Refusal
Next Story → HHS rules prohibit transgender healthcare discrimination