Owner maintains that they were making other customers uncomfortable 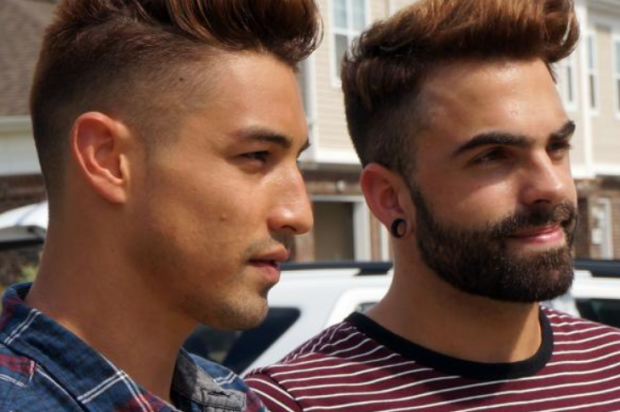 A North Carolina bar is facing national backlash after the owner asked a gay couple to leave.

Andrew Deras and Justin Baker were forced to leave Louie’s Sports Pub in Fayetteville last week after owner Pam Griffin asked the couple to stop kissing. Deras and Baker apparently shared a short kiss when Griffin approached them to complain.

Griffin approached the men with a security guard after receiving complaints from customers, “eight or nine” according to The Fayetteville Observer. “They came to me and said, ‘Pam, you got a problem out here and it’s going to get ugly.'”

According to Griffin, customers were complaining over the couple’s affection towards one another. “I walked up to them calmly. I asked them guys, you know, can you kind of just separate, kind of move apart?” she said. She told the pair that she didn’t care if they remained in the bar, but asked them to “just calm down because you’re making people feel uncomfortable.”

Both sides disagree on what happened next. Griffin maintains that the men cursed at her and started to aggressively kiss one another. Deras and Baker claim that they laughed at her request and shared another kiss.

“I just gave Andrew a kiss, and that’s when she started getting really crazy,” said Baker. “She’s saying, ‘This is enough. This is enough,’ like basically telling us to get out.”

The bar’s Facebook page has since been inundated with comments from gay people angry with Griffin’s treatment of the couple. Griffin stated that someone called  and threatened to burn the bar down, while she’s also received death threats.

“I tried to be as nice as I could. This is a straight bar. I don’t mind who comes in – white, black, mixed, Chinese,” she said. “Everybody’s welcome. But you have to respect the kind of place you’re in.”