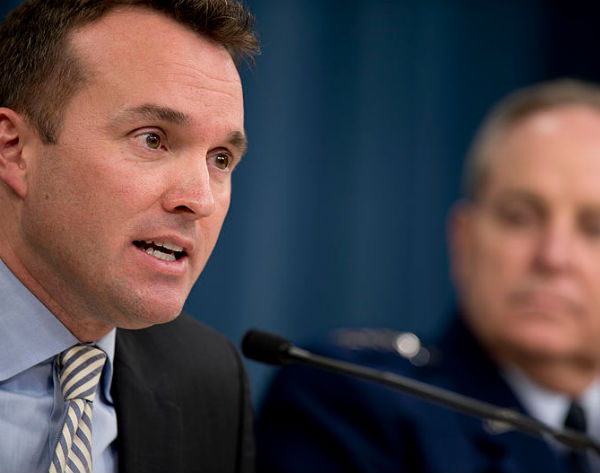 Eric Fanning could be about to make history. President Obama has nominated the Army’s acting Under Secretary to the position of secretary, the Washington Post reports. If confirmed, it would make Fanning the first openly gay civilian Secretary of the Army.

As secretary, Fanning would work with Gen. Mark Milley, the Army’s top general. Fanning has 25 years of experience, including roles on the House Armed Services Committee, Deputy Under Secretary and Deputy Chief Management Officer for the Department of the Navy, and Under Secretary of the Air Force — he later became Acting Secretary.

“Eric brings many years of proven experience and exceptional leadership to this new role,” Obama said in a statement. “I look forward to working with Eric to keep our Army the very best in the world.”

Matt Thorn, Interim Executive Director of OutServe-SLDN, called Fanning’s nomination “an opportunity to bring better understanding about both the shared and the unique needs of LGBT individuals in the military and their families.”

“He continues to break down barriers in his career advancements,” Thorn added, “and I know that Eric will be the leader that the Army needs.”

HRC President Chad Griffin stated that Fanning was “the perfect choice to lead the world’s best-trained, most dedicated, and formidable Army.” He added that, given “the tremendous struggles that LGBT Americans have faced within the Department of Defense, Fanning’s nomination is deeply significant.”

““History continues to be written and equality marches forward with the nomination of an openly gay man to serve in this significantly important role,” said AMPA President Ashley Broadway-Mack. “Fanning’s expertise and knowledge within the defense community together with his sensitivity to issues faced by LGBT service members and their families is why we urge the Senate to move quickly to confirm his appointment.”