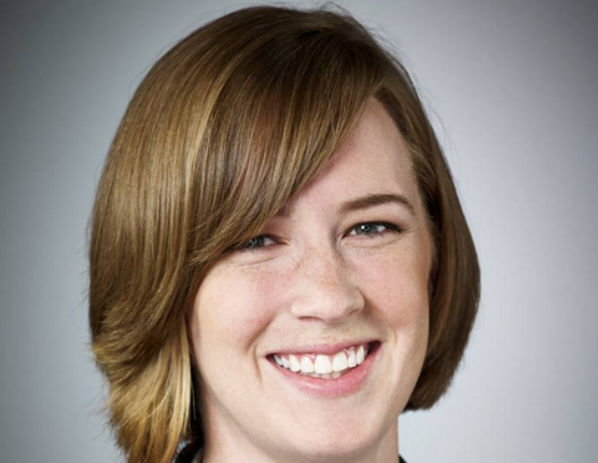 Rebecca Earlbeck, one of the attorneys for Sandy Brown (Photo: FreeState Legal).

A transgender inmate from Maryland will receive compensation for the humiliation and abuse she received at the hands of correction officers. A judge ruled that her treatment violated national standards for the protection of transgender prisoners.

FreeState Legal, the legal aid organization that provides assistance to low-income LGBT Marylanders, had initially filed a grievance against the Patuxent Institution, a correctional facility in Jessup, Md. FreeState Legal alleged that the treatment of their client, Sandy Brown, at the hands of correctional officers violated standards set forth by the Prison Rape Elimination Act of 2003 that are intended to protect inmates from sexual abuse.

Brown was placed in solitary confinement at the Patuxent Institution for 24 days, and was only given one hour of recreation for the entire 66 days she was there. When she went to use the shower, corrections officers would pull back the shower curtain and call over other officers to humiliate and make fun of her. The officers would even encourage her to commit suicide, which she did for a time due to the humiliation and poor treatment suffered at their hands.

“They didn’t see me for the human being I am,” Brown said. “They treated me like a circus act. They gawked, pointed, made fun of me and tried to break my spirit.”

“Imagine if every time you took a shower someone pulled back the curtain to stare at you. What if they called other people over to watch and humiliate you?” said Rebecca Earlbeck, a staff attorney with FreeState Legal who represented Brown along with Jer Welter, the deputy director and managing attorney of FreeState Legal. “How would it feel if someone told you that you should kill yourself and they made you feel like an animal or less than human? That is what this case is about.”

In her decision, Maryland Administrative Law Judge Denise Oakes Shaffer found that Brown’s treatment and the officers’ misconduct violated national standards for the protection of transgender inmates, and ruled that Brown should receive compensation for her suffering. Shaffer also ruled that Maryland must adopt new, comprehensive policies for the protection of transgender inmates in housing assignments, searches and interactions between guards and transgender prisoners, and provide mandatory training on those policies to all correctional officers. The Secretary of Maryland’s Department of Public Safety & Correctional Services later agreed to adopt Shaffer’s recommendations.

The ruling in favor of Brown could have wider implications for the treatment of other transgender inmates. According to a 2011 survey, nearly 40 percent of transgender people in prison report being harassed due to their gender identity. Although the Prison Rape Elimination Act (PREA) specifies the standards for housing, searches, and guard interactions, there is no enforcement mechanism and the guidelines can often be ignored.

“As far as we know, this is the first case in the country in which a transgender person been able to obtain individual relief, including monetary compensation, for violations of the national PREA standards,” added Earlbeck. “We believe this case creates a framework for enforcing the national standards that transgender people who are incarcerated in other states and their advocates can follow to help ensure that others do not have to endure the pain and trauma Ms. Brown experienced.”

Earlbeck also pointed out the importance of having legal representation, noting that if Brown had not been brave enough to file a complaint, and had not had the assistance of an organization like FreeState Legal, she could still be experiencing abuse and mistreatment.

“To other transgender and intersex women behind bars, don’t give up,” Brown said in a statement. “There is hope out there for us.”