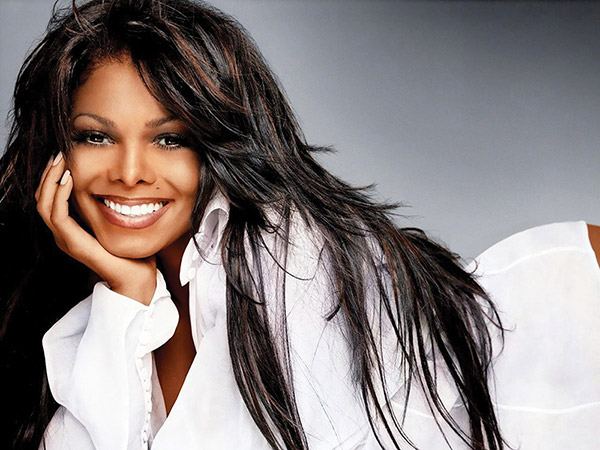 Janet Jackson last released an album seven years ago. With that kind of break — and the threat of newer, younger peers — Unbreakable couldn’t be anything less than Jackson at her best.

) does the unthinkable. Jackson has bared her soul, allowing her music to speak for itself — and she pulls it off, quietly upstaging her peers and casually delivering an impressive return to form.

If Jackson’s famously filthy interludes and pornorific, melody-free ballads are a daunting prospect, “The Great Forever” would be a wise place to start. Revving up guitars and adding vocal grit (casual fans would be forgiven for thinking she sounds like Michael here), the song leans hard on funk-tinged rock. It’s also her biggest burst of pop since 2001’s “All For You” — a worthwhile comparison, as it basks in a personal growth notably absent from the latter track’s eponymous album.

Impressively, she easily maintains this revelatory momentum. With “Shoulda Known Better,” Jackson concocts a cascade of shimmery surfaces around her richly vulnerable falsetto. Jam and Lewis unleash some incredible sounds here, including a subtle and seamless shift into a throbbing disco rhythm. Along with Miss Jackson’s soft, whispery timbre, the sonic wallop is undeniable. With equally grand atmospherics, “Take Me Away” is glorious. Cooing clichés, the precisely-produced track is immersing stuff.

Pensive ballad “Lessons Learned” is more airy breeze than structured song. This soft and intimate approach allows Janet’s murmured vocals to come to the fore. It’s so atypical of what is on offer here — and all the more memorable because of it. “Black Eagle” is another feathery and faintly audible vocal turn, but in this instance it fails to find flight. Jam and Lewis seldom put a foot wrong on this album — in many ways upstaging Janet herself — so disparate moments such as this (like the singer’s more quiet vocal turns) barely register. The tender touch works better on “After You Fall,” a ballad more delicately arranged than some of her family’s noses, and it might just be the most compassionate song of her career.

Much of the album is committed to laid-back dance grooves. “Broken Hearts Heal” is a prime example, with its swishy, lounge-esque, genre-melding disco. Her soulful vocal quiver is so absorbed into the rhythm (or over-processed, you decide), that it almost sounds like an air-vent. Never credited as an amazing singer, Jackson sure knows how to make the most of her voice.

Slow-burner “No Sleep” was no accidental choice for lead single. Burning from the same candle as “That’s The Way Love Goes,” the video is itself a reference to her sublime ’90s highlight (it’s only a shame J-Lo didn’t re-create her role as “anonymous dancing friend” in the promo clip).

Great grooves abound. Somewhere between a sigh and a song, “Night” is a lo-fi dance track with a sinewy bass, giving it plenty of bite. Every fluttering production essence, mixed with the whisper-vapour vixen herself, escalates into a deceptively lavish finish. It is an approach that dictates much of this album. “Dammn Baby” has a thick, juicy bass you can sink your teeth into, with Jackson’s dental floss vocals threading through the production. Needless to say, if you don’t get into this, you probably have an aversion to enjoying yourself. It’s no dancefloor beast, but it does deserve to make your speakers bounce off the walls and have the neighbours banging the walls to make you turn it down (Jackson’s “No Sleep” policy isn’t for everyone, after all). “2 Be Loved” is another bass-driven dollop of disco minimalism, akin to Chris Brown’s “Loyal.” Instead of appearing to chase after trends, the composition is so intrinsically Janet Jackson, it’s as if the sound could belong to no other.

An early promotional item for the album, “Burnitup” enlists former “Son of A Gun” helpmate Missy Elliott, though her ill-fitting battle cries fail to ignite beyond a flicker. Be grateful it’s a brief cameo. However, with club-centric beats that slam notably harder it’s sprightly and infectious.

Something of a cheesy — but welcome — refill for the soul, “Well Travelled” is tinged with country, folk and gospel. It’s impossible not to imagine Jackson, with her equator-stretching Cheshire Cat grin, toasting marshmallows around a campfire with her friends while having a sing-along to this. All that’s missing is her trademark giggle — maybe she really has grown up, after all. A happy song about not being sad, it’s shallow, but the sentiment of acceptance and closure is nicely enhanced by its placing at the tail end of the album. However, she chose to close with the jarringly jaunty “Gon B Alright.” The jacked up, retro-funk tempo is too nakedly contrived to convince, and Bruno Mars won’t be losing any sleep over it.

Ultimately, Unbreakable should restore Jackson’s reputation for purely-expressed popular music. Her depth of feeling here is far more provocative than someone from N*Sync pretending to accidentally expose her nipple piercing, and long may such soul-baring continue. Unbreakable is Janet Jackson’s long-overdue artistic renewal.