Home / News + Politics / Nation / Hillary Clinton: Most people my age had to evolve on marriage equality

Hillary Clinton: Most people my age had to evolve on marriage equality 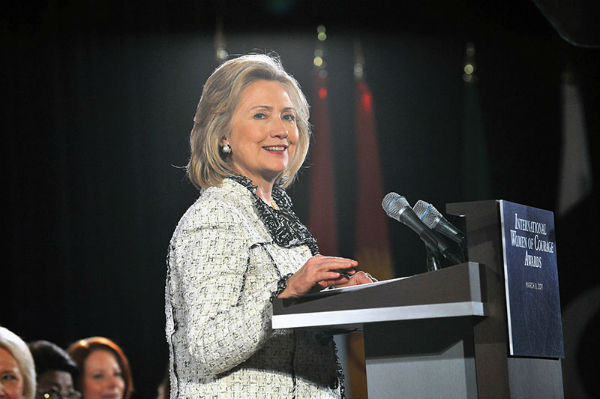 Hillary Clinton has once again had to defend her views on same-sex marriage.

In a campaign stop at Keene State College in New Hampshire, the former Secretary of State was asked by a bisexual student how she would compare herself to other candidates “that have remained firm on their views” on marriage equality.

Clinton responded by pointing out her support from various LGBT advocacy groups, including the HRC.

“They will tell you that they count on me and that you can count on me,” she said. “I think I was the first and only First Lady ever to march in a gay pride parade back in the late 1990s, so I have been an advocate — a vocal, visible advocate — for equality and against discrimination.”

Clinton’s support of marriage equality in 2013, after leaving the State Department, drew a mixed reaction from the LGBT community. Many saw it as another example of her changing to suit the current political climate, while others — and Clinton herself — have maintained that it was part of a wider evolution on marriage equality. Clinton reiterated that latter point in her response.

“Yes my views did evolve,” she said,  “and I think most people my age would say the same thing.”

Clinton credited “personal relationships with a lot of people over the years” for helping her conclude that same-sex marriage should be legalized.

“I was thrilled when the Supreme Court made it the law of the land — and I will enforce marriage equality,” she stated, before transitioning to another area of LGBT discrimination.

“A lot of states now, because of the constitutional decision, you can get married on Saturday and get fired on Monday because we still permit discrimination in employment and in public accommodations,” Clinton said. “Marriage isn’t the end of the debate, it’s along the path to true equality, and you will be able to count on me to fight for you.”

Watch the full exchange on C-SPAN below. 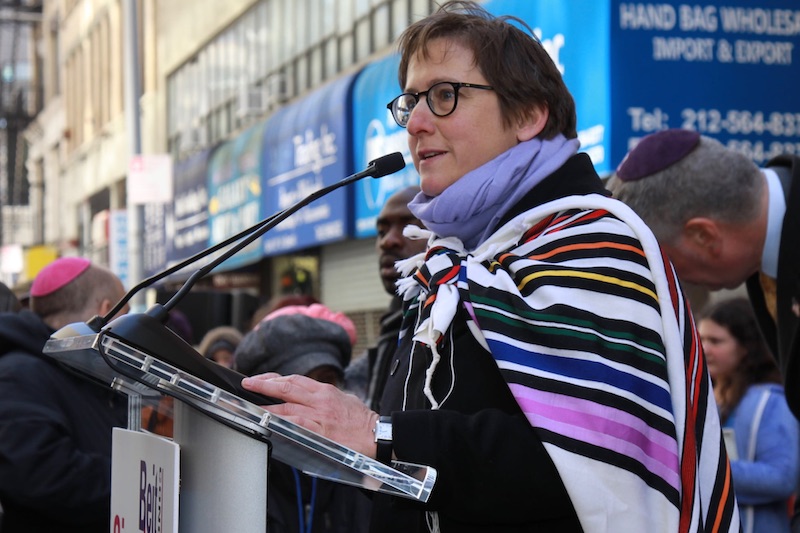 Jerry Detrick claimed he defecated on the lawn because the couple supports Biden, not because they are gay

A so-called "Trump man" in Ohio has been sentenced to prison after repeatedly defecating and urinating on a gay neighbor's lawn.

Jerry Detrick, 70, of Greenville, Ohio, confessed to defecating "multiple times on unknown dates" until he was caught late at night on May 30 by homeowner Matthew Guyette, 59, and his husband, the Smoking Gun reports.

Detrick denied that his repeated fouling of Guyette's lawn had anything to do with his sexuality, instead pointing the finger at the couple's politics, saying they "are Democrats and support Joe Biden," whereas he is a "Trump man."