While its smartphones face an uncertain future, Microsoft’s Surface devices are firing on all cylinders 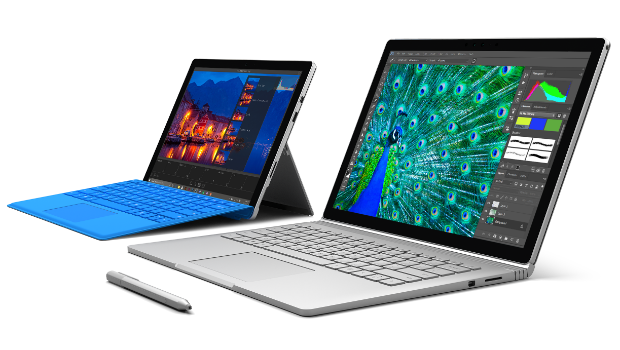 Microsoft is a company that is constantly forced to prove itself. While Google, Apple and others coast on tsunamis of positive press and glowing reviews, Microsoft always seems to have to work a little bit harder for love. That’s why, when the company’s executives took to the stage in New York this week, Microsoft had to deliver its best. For the once-dominant Windows developer, anything less than perfection is reason for immeasurable column inches dedicated to its decline and imminent downfall.

That’s why it’s all the more impressive that — in entirely subjective and utterly millennial terms — Microsoft crushed it. Well, for the most part. Let’s start with the not-so-good.

If I asked you to put together a specs sheet for your ultimate flagship smartphone — comprised of currently available technologies — what would you say? If the answer was an iPhone 6S please leave, you’re not playing the game properly. For everyone else, let’s put together a laundry list. The latest Snapdragon multi-core processors. Three gigabytes of RAM. Generous internal storage plus support for up to 2TB MicroSD cards. Wireless charging and fast-charging with a big battery. USB Type-C for reversible cables and faster data transfers. Nokia’s incredible Carl Zeiss 20 megapixel camera with the latest in optical image stabilization, three-LED RGB flash and 4K video. Face-detection unlock. Quad HD displays using AMOLED technology for rich colors and inky blacks. Maybe two screen sizes, so users can choose the device that fits their hand?

Sounds pretty incredible, right? The only thing we haven’t mentioned is the software running on such a device. If I said Android 6.0, geeks everywhere would have to look for tissues. As it stands, though, these aren’t Google flagships. Far from it. These mythical devices are in fact very real and very much running Windows 10 Mobile, Microsoft’s highly divisive and oft-forgotten smartphone OS. Meet the Lumia 950 and 950 XL — the first Windows smartphone flagships in almost two years.

On paper, they’re pretty incredible. As up-to-date as it’s possible to be, they’re a confident statement from Microsoft in their smartphone division — one that has been the source of constant embarrassment in annual sales reports. Microsoft even has one standout feature. Continuum is the technology that allows touchscreen Windows 10 PCs to switch between desktop and tablet mode. On smartphone, Continuum allows Windows 10 phones to become miniature PCs. Use Microsoft’s Display Dock adapter, which adds HDMI, Display Port and three USB slots, and connect to a monitor and you’ll be able to run universal apps on a big screen — think Word, Microsoft Edge and more. It’s a level of productivity that could revolutionize those who require basic productivity but don’t want a computer. Buy a screen, keyboard and mouse and all you need to do is carry your phone into the office, plug it in and you’re ready to work. That’s pretty amazing. 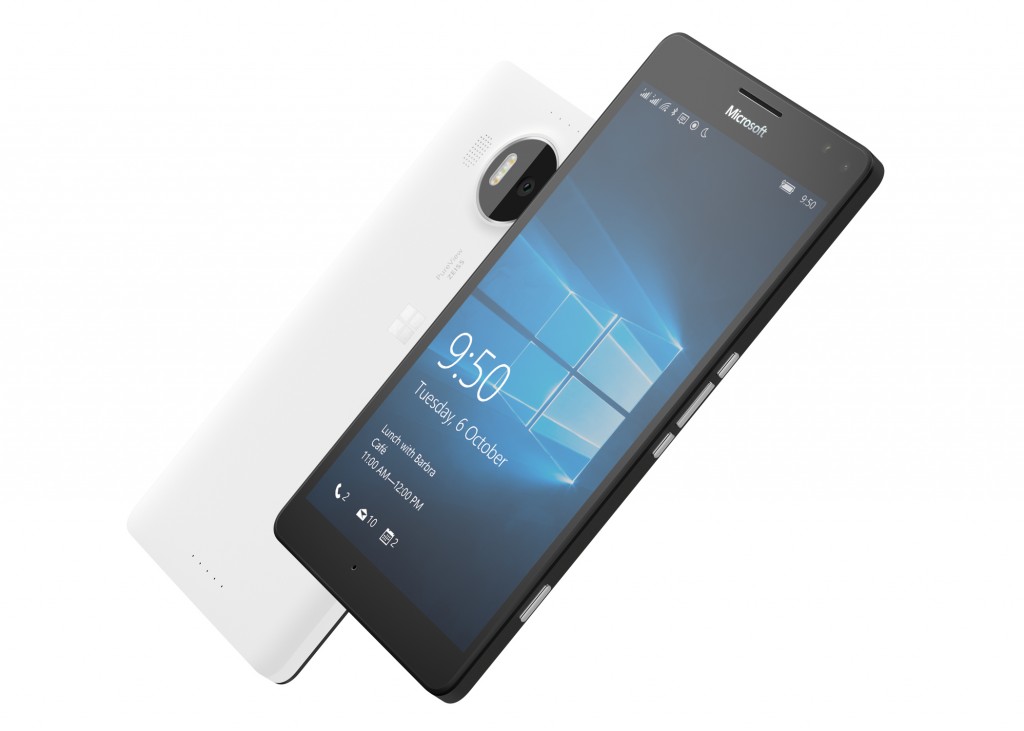 What’s not so incredible is the fact that Microsoft is only a couple of weeks away from launch and Windows 10 still feels unfinished. It’s undoubtedly more mature than Windows Phone 8.1, but there’s still not enough to convince those rooted to iOS or Android to make the switch. Particularly, Microsoft’s much vaunted projects to help developers port Android and iOS apps to Windows Phone have yet to bear fruit. If you’ve ignored Windows Phones because they don’t have your favorite apps, Windows 10 isn’t going to change that any time soon.

However, if you’re currently invested in the Windows ecosystem and don’t need to use Snapchat (among many other apps that Windows devices lack), the Lumia 950 and Lumia 950 XL, with their 5.2- and 5.7-inch displays respectively, are enticing upgrades. It’s just a shame Microsoft went with such boring — almost tacky — designs. Nokia was capable of taking polycarbonate and fashioning the plastic into something intricate and beautiful. My fresh-looking, two-years-old Lumia 1520 is proof of that fact. Microsoft’s all-plastic flagships just look… well, cheap. At least they’re thin and light.

Should Microsoft have piqued your interest, both handsets will be available from AT&T, or unlocked from Microsoft Stores for $549 and $649 for the 950 and 950 XL respectively. For everyone else, let’s keep hoping that the oft-rumored Surface phone makes an appearance sometime soon.

Speaking of Surface, if Microsoft needed confirmation that it was still capable of breaking new ground, the launch of both the Apple iPad Pro and Google Pixel C were perhaps the biggest compliment imaginable. Many shrugged or insulted Microsoft when it introduced the Surface tablet three years ago, touted as being capable of replacing a tablet and laptop with its thin form factor and keyboard cover. “You can converge a toaster and a refrigerator, but those things are probably not gonna be pleasing to the user,” Apple CEO Tim Cook once stated. Now? Everyone is imitating Microsoft (even if it took until last year’s Surface Pro 3 for the original mission statement to be realized).

Enter, then the Surface Pro 4 — and it’s a pretty incredible update. Taking the Pro 3’s slim magnesium frame, Microsoft trimmed it down to 8.4 mm (0.33 inches) and stretched the display to 12.3-inches — not by increasing the size, but by reducing the bezel. That larger display is now 2736×1824, boasting 5 million pixels for over 267 ppi. There’s also a new Surface Pen with 1,024 levels of pressure sensitivity and best in class latency, parallax and palm detection. In layman’s terms, artists and notetakers will love it. It also snaps onto the Pro 4 magnetically and the eraser tip returns to cancel mistakes.

Inside, Microsoft claims the Surface Pro 4 is 50 percent faster than a MacBook Air, a result of its sixth generation Intel processors. Buyers can spec up to 16GB of RAM, 1TB of storage and Core i7 power. That grunt will aid productivity and so will the new Type Cover. Microsoft has managed to make it thinner, lighter and yet also given the keys greater travel for more writing comfort and slot a bigger, glass trackpad in as well. That keyboard also contains a fingerprint reader, though only for U.S. buyers. There’s also a new dock with four USB 3.0 ports, two 4K-capable display ports and ethernet. Both the new cover and the dock will also work with the Surface Pro 3, which is nice.

The Surface Pro 4 is available to order now starting at $899, with it hitting stores properly on October 26. It may be Microsoft’s greatest realization of its original goal to develop a product that can replace both tablet and laptop — especially with the added versatility of Windows 10.

Of course, what if you really just want a laptop? Perhaps you need the power, or a more stable typing experience. Or maybe you just want a bigger display. Well, surprising pretty much everyone, Microsoft now has you covered.

The Surface Book is the “ultimate laptop” — their words. Using the same magnesium construction as the Surface Pro, it’s got a 13.5-inch display with 3,000 x 2,000 resolution (yes, that’s conveniently better than the MacBook Pro 13’s 2,560 x 1,600) that’s also both touch and Surface Pen enabled. Why, you ask? That’s because — and Microsoft again surprised everyone in attendance — it can separate from the keyboard base. Yes, even though it’s touted as a laptop, Microsoft couldn’t resist making a convertible device.

The screen portion contains the sixth generation Intel processors, up to Core i7, as well as up to 16GB GDDR5 RAM and 512GB of storage. It also contains half of the batteries — the rest are stored inside the keyboard section, which allows Microsoft to claim up to 12 hours of battery life when the screen is connected to the base. Of course, the MacBook Pro has the option of a dedicated GPU for seriously powerful work, something the Intel graphics chip in the Surface Book can’t compete with — at least when the display is undocked. Hook it up to the keyboard and you’ll be able to take advantage of an optional NVIDIA GTX GPU. Microsoft demonstrated its raw power by playing Gears of War during their live demo, before pausing the game and editing captured footage of the game session in Adobe Premiere.

If you’re in the market for a fast, sleek, beautifully crafted laptop (the dynamic fulcrum hinge looks like expensive watch bracelet links) and you’re either a Windows fan or platform agnostic, the Surface Book really could be the best of both worlds. A tablet and drawing device when you need it, a powerful laptop when you’re in work mode. Naturally, that comes at a premium. Prices start at $1,499 for the base model (128GB of storage, 8GB of RAM, Core i5) and rises to $2,699 for the discrete GPU-packing flagship. It’s available to preorder now and reaches stores alongside the Surface Pro 4 on October 26.

And, as if two phones and two new PCs weren’t enough, Microsoft also took time to announce a new version of their Band fitness tracker. Last year’s model was highly divisive amongst tech journalists, who criticized its bulky construction and tight fit, but users seemed to love its screen, Cortana integration and myriad of sensors. As such, Microsoft saw fit (sorry) to update the Band, with a new, curved OLED display, classier metal build, and a barometer alongside the ten other variables it measures (including heart rate, motion, skin temperature and location). There’s also enhanced features, with Cortana getting more functions and the ability to measure how much oxygen your body is using during exercise, amongst others. If you liked last year’s Band or are in the market for a powerful fitness tracker-cum-smartwatch, the Band can be yours for $249 starting October 30.