New Order yields yet another fine crop of pop

New Order's Music Complete is a faithful rendition of their distinct aesthetic, without expanding their sonic palette

With its very name perhaps suggesting New Order have nowhere new to go, Music Complete may simply offer exactly what is expected of them. But with a musical history so rich, this is no bad thing.

Throughout the ’80s, New Order provided a seemingly infinite galaxy of electronic classics (leaving a trail only Pet Shop Boys and Depeche Mode could rival). Releasing one starkly hooky masterstroke after another, by the mid-90s their knack for otherworldly disco decadence arguably showed signs of drying up, give or take the odd exception (2001’s gospel gem “Crystal,” for example). Never disgracing themselves, their vintage prime of songs such as the invincibly brilliant “Bizarre Love Triangle” and “Blue Monday” was beginning to feel like a distant memory. If the songs on Music Complete (

) are distinctly less bulletproof, they are able to show clearly that New Order still have a trick or two up their sleeves.

To say “Restless” is a subtle, plodding and dreary opener is almost reassuring, given that plodding and dreary are traditional New Order elements from which to conjure beauty. Catchy claustrophobia is their long-established currency, started with “Love Will Tear Us Apart” under their two album guise as Joy Division, and “Restless” circulates on such grimacing principles with its rusty guitar lines and melody-missing vocals covering familiar ground for long-term fans.

Drunk on sound, “Plastic” doesn’t so much pick someone apart as it verbally destroys them. However, it’s so delightfully dour it’s deserving of attention. With an intoxicating, Giorgio Moroder-style production, sarcastic lines such as “you’re so special, so iconic” almost don’t become clear until the very end. Sumner’s heavy panting might not be on par with Donna Summer’s studio orgasms, but “you don’t mean nothing baby, so artificial” is the sobering climax.

Pick of the crop, “Tutti Frutti” (featuring La Roux’s Elly Jackson) is a glossy application of air-kissing swagger and playful dancefloor posturing. Opting for fizzy pop, “People on the High Line” is yet more attitudinal taunting. Something of a cautionary essay set to music, the drunken dialogue of “Stray Dog” inhabits a setting that’s murky even by New Order’s disquieting standards. Growling through throat-clearing sounds and words of warning — if not wisdom — the vocals are laced with an unsettling undercurrent that makes it an interesting composition rather than an amazing one.

If the aim of “Academic” were to write something decent yet average then it would get an A-plus. Strumming slowly into focus, “Nothing But a Fool” has a gorgeous chugging guitar accompanying a pretty enough chorus that any art-school orientated alternative rock band from the 1990s would have been proud of. It doesn’t last nearly long enough, but the care-free riff is one of the many reasons rock stars become idolized.

The strident strut of “Unlearn This Hatred” jabs hard and fast, like a sewing machine, with just as much unforgiving precision. A glossy, super-charged pop-rock hybrid, being rapturous and rowdy is something they’ve never forgotten how to execute. Equally nifty, “The Game” combines Sumner’s stoic drawl with arrangements sadly more reshuffled than a pack of cards.

Ever since Stuart Price remixed “Mr Brightside” by The Killers, thus turning it into the best New Order single that never was in the process, a creative collision seemed almost inevitable. Produced by Price, “Superheated” indeed features The Killers’ frontman Brandon Flowers, and the results are as startling as one could have hoped for. However, its brilliance is also its frustration: if the band can collaborate so well with Flowers and Price, why couldn’t they do more with them? It’s the only song that truly delivers the same classic, awe-struck, agonizing pop majesty they made their name with. It just so happens that on this song, Sumner’s vocal of equal measure misery and opulence is emphasized so successfully that even when vocal duties switch to the far more capable Flowers, it’s initially barely noticeable.

Overall, Music Complete is a faithful rendition of their distinct aesthetic. It may not expand the band’s enviable sonic palette, but with a few highlights shining brightly, it plays to their world-weary strengths and operates on more humble terms than the blaze of glory they left during the ’80s and very early ’90s. Whether it’s the cynical “Plastic”, the cynical “Unlearn This Hatred” or the cynically optimistic “Superheated,” whatever is no longer “new” or “incomplete” is still in ample supply. New Order has yielded yet another fine crop of pop. 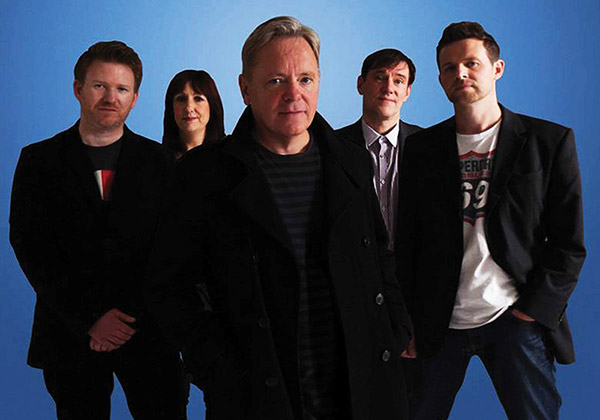