The Return of Billy Carroll 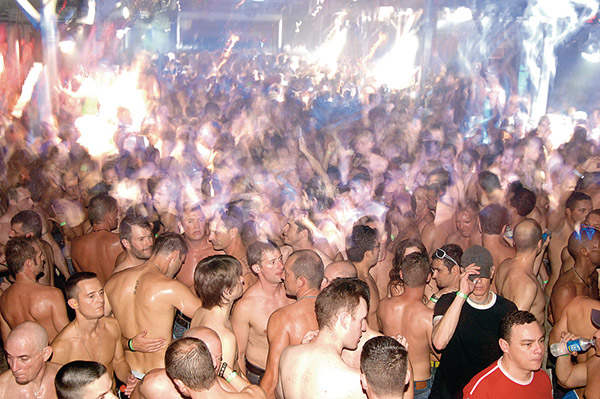 “Billy was one of the people who really helped create the identity of Nation in its musical presentation,” says Ed Bailey, who organized the weekly gay party Velvet from 1999 to 2006 at the now closed Nation nightclub. “His unique style was well-accepted by a large group of people,” including two main types of Velvet regulars — those who preferred his more edgy, urban house sound, and devotees of the diva-driven, tribal circuit sound.

So when Carroll, who retired as a club DJ four years ago after a 35-year career, proposed stepping out of retirement to play a Velvet Nation Classics party at Town, Bailey didn’t hesitate for a second. “I wanted to give Billy the opportunity to come back and play again,” he says.

Calling Carroll “a sweetheart” and “one of my favorite people in general,” Bailey adds, “This just kind of made sense. It just feels right.” 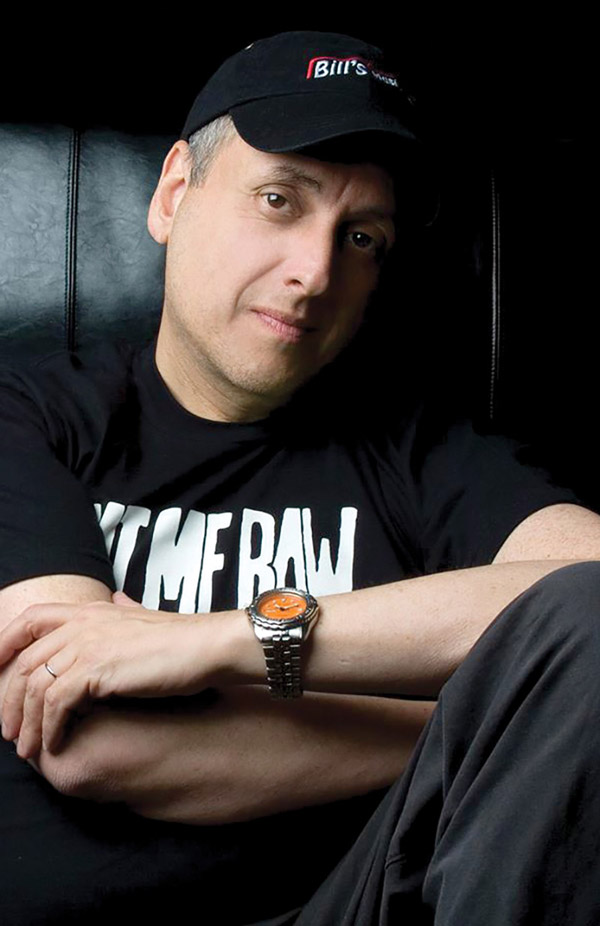 METRO WEEKLY: What was it about Velvet Nation that inspired you to come out of retirement?

I just want to celebrate Nation, playing all the big anthems and some of the songs that were very popular there that might not have been popular elsewhere. Nation was very different, it was a very musically intellectual crowd. They were people that would travel for DJs. They knew all the mixes of obscure house tracks and stuff. And that’s what made it so fun to play.

MW: What triggered you to retire in the first place?

CARROLL: I had a really, really great 35-year career. And I wanted it to end on my terms. Because just being a DJ doesn’t seem to be enough anymore — you need to be a producer, you need to be some sort of a musical artist. And my thing was always taking a little bit from every producer and weaving it together and making a night out of it. That’s what I enjoy doing. I didn’t have a desire to sit in the studio and create stuff.

CARROLL: I played at Studio 54 a few times, as one-offs. I filled in for somebody, or played a party with another DJ, or it was a special party and somebody brought me in on it — there were a few of those different sorts of situations. But I started with a regular gig in New York, and it was not playing for gay people, which didn’t happen until 1990. Back in the ’70s and ’80s, I played more of an urban program for a more urban setting. It was a very unique situation — there’s this white gay DJ playing in black straight clubs. It was definitely a novelty. 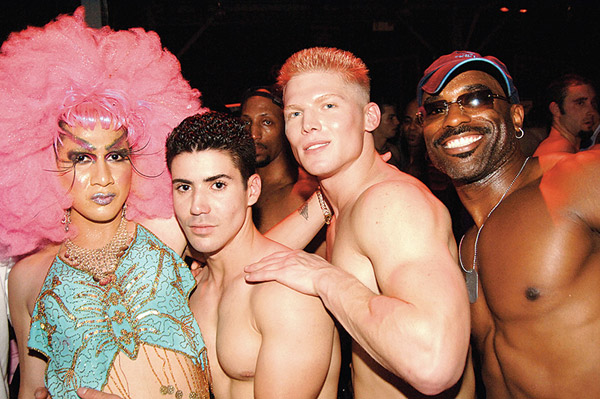 MW: Did you grow up in New York?

CARROLL: I grew up in Connecticut, but I would go out dancing in New York City when I was 16, and my father knew I was doing it. I got caught coming home in the morning a couple of times, and my father finally just put his foot down: “You ain’t going anywhere.” So I just made plans to move there. I worked at Lord & Taylor selling shoes during the day and finished high school at night. And went out pretty much every night after that.

MW: Did you start DJing then?

CARROLL: No, I started DJing when I was 19. The turning point was going to the club Gallery with DJ Nicky Siano. It was just amazing to me. And the people I used to dance with at the club, who were also in high school — Frankie Knuckles and Larry Levan. We were all in that room. Obviously they went on to be very famous DJs. But I had a very long, steady career. Never really famous, but just a long, healthy career. And I always was employed. It was enough for me. 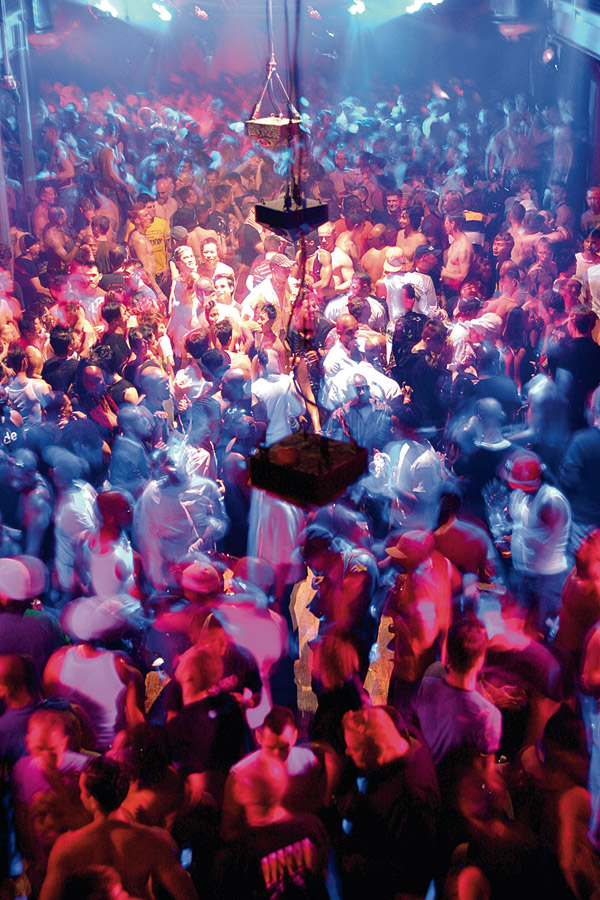 MW: Did you start your company Billy Carroll Events after you retired?

CARROLL: I started a small catering company in 1987, and now we’re a full event-planning service — from catering to the decor. Especially with gay marriage now being legal everywhere, there’s been a huge uptick in business the last couple of years. MW: Have you become a wedding DJ? Is that a service you offer?

CARROLL: No, I never do my own events. Never. I definitely keep the two separate. When you’re planning someone’s wedding, you have to wear so many hats that day, I certainly can’t be in the DJ booth focusing on music.

MW: Are you married yourself?

CARROLL: I am. On October 30th I’ll be married a year to my husband of 35 years. We got married last year on our 34th anniversary. Even after 34 years, it’s different. It’s always been good, but it’s been amazing, being married. I just love saying the word “husband.” I love it. And I lucked out, I got a great partner in my life. It just feels really good to be married — legally so. I just never thought I’d see that.

MW: I understand you’re turning 60 next year. Any plans for a big party? 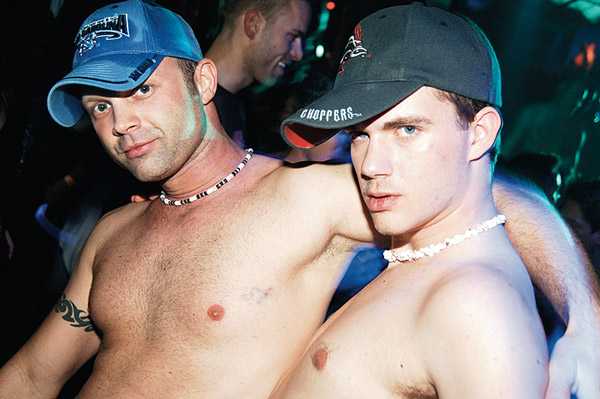 MW: Do you plan to take more gigs as a club DJ again or will you go back into retirement?

CARROLL: Do I want to go back on the road every week? No. But when I get a time or an occasion like this — to play music that I love, and I know other people reminisce about and love, at a time that we all loved — I jump at the opportunity. I have been contacted by other clubs, and they also want to relive the glory days for one night. 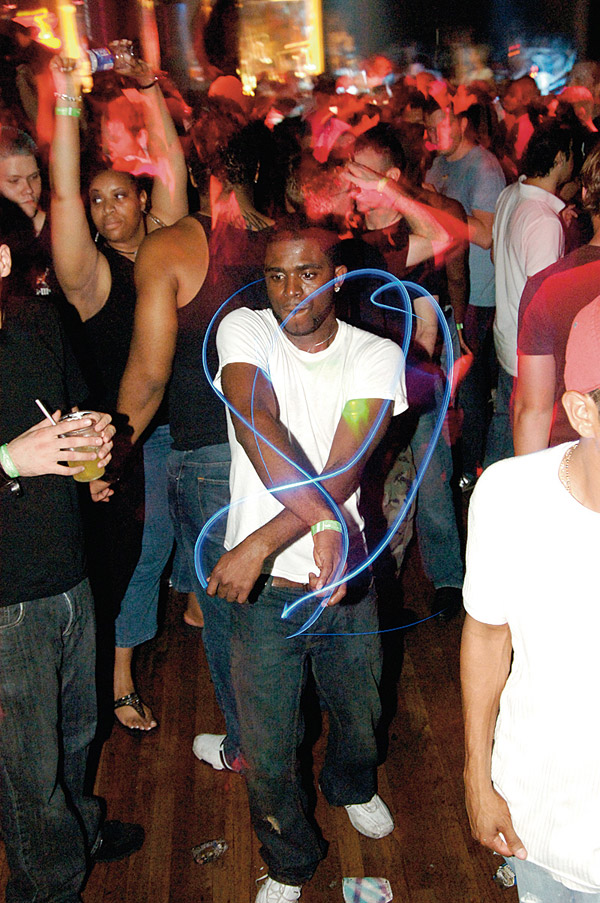 MW: So you don’t expect to DJ events featuring contemporary dance music then?

CARROLL: Well, no pre-recorded sets, no EDM — I don’t relate to EDM at all. It doesn’t speak to me. But also right now, old-fashioned house production is coming back into vogue. And I’m really excited about that. Some of the older producers are making records again, and they’re going up the charts — David Morales, Tedd Patterson. Danny Tenaglia is a perfect example — he’s never gone out of vogue. People dance to Danny, they dance to Dave. They don’t face the DJ and just fistpump. They interact, they participate. I don’t want people to look at me. I want people to dance to me. [Laughs.]

I still want to play by the seat of my pants. Sometimes I get a spontaneous, oh this sample would sound great. I’ve got to find that CD, get it in the machine, sample it. I do it live. It’s not always 100-percent perfect, but it’s real, a real raw energy.

MW: So we should expect some on-the-fly mixing and selecting on Saturday?

CARROLL: Oh, most definitely! It will be an incredibly playful evening. You can put that in quotes — “playful.”