By John Riley on November 11, 2015 @JohnAndresRiley 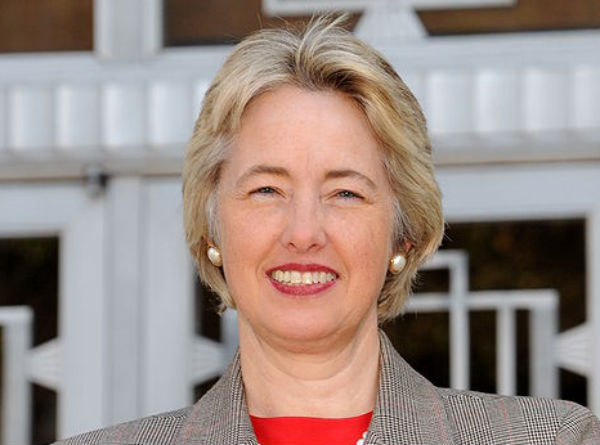 Mat Staver, the lawyer for Liberty Counsel who is representing Kentucky Clerk Kim Davis in her ongoing fight against same-sex marriage, is calling for the resignation of Houston Mayor Annise Parker.

As first reported by Right Wing Watch, Staver was talking with anti-gay activist Matt Barber on the Liberty Counsel’s “Faith and Freedom” radio program on Tuesday about Parker’s reaction to the failure of Houston’s pro-LGBT HERO ordinance. Voters repealed HERO after conservative interest groups claimed that sexual predators would pretend to be transgender in order to sexually assault women and girls in public restrooms. Following the vote on Nov. 3, Parker gave a speech in which she lamented the failure of the ballot initiative to uphold the law.

“I’ve been an activist for more than 40 years,” she says in a video clip that was uploaded to Project Q’s YouTube page. “I have stood here in Houston four times when people were given the opportunity to vote on my rights. No one’s rights should be subject to a popular vote. … This was a campaign of fear-mongering and deliberate lies…designed to demonize a little-understood minority, and to use that to take down an ordinance that 200 other cities across America and 17 states have successfully passed and operated under.”

According to local TV station KHOU, Parker also said that the defeat of HERO “will have stained Houston’s reputation as a tolerant, welcoming global city,” adding, “I absolutely fear there will be a direct economic backlash.”

As a result of those comments, many conservative media outlets and right-wing pundits have claimed that this shows Parker’s intent to help outside groups and corporations boycott her city. That is what Barber claimed when he was talking to Staver, alleging that Parker has essentially offered “a wink and a nod” to the idea. Barber suggested that right-wing and conservative organizations and corporations should support a “buy-cott” of Houston in order to counteract any attempts to place economic pressure on the city.

Upon hearing Barber’s allegations, Staver suggested that Parker should resign and let someone else take over as mayor if she is unwilling or unable to fight for what is in the economic best interests of her city.

“That is like a CEO of a company who says you need to boycott our company,” Staver said. “Stop buying products from our company because we have a policy that I, the CEO, don’t agree with, even though the board of directors has ultimately voted for this policy, so stop patronizing our company. Well, you know what, if that’s what your feeling is, resign from the company.

“Mayor, if you want people to boycott Houston, why don’t you just resign and let somebody else who wants to run the mayor’s office and represent the city of Houston and all of the taxpayers and citizens of Houston?” Staver continued. “Why don’t you just let someone else do it, because, frankly, you haven’t been doing a very good job.”

Right Wing Watch noted in its writeup of the radio exchange between Barber and Staver that Staver’s position is ironic, because he has represented Davis, who went to jail in September for defying a federal judge’s order to issue — or allow her deputies to issue — marriage licenses to same-sex couples, in accordance with the Supreme Court’s decision legalizing marriage equality nationwide. Liberty Counsel is still litigating issues related to the Davis matter, including claims by the ACLU that Davis’ decision to alter marriage licenses issued by her office is in violation of the court’s order to allow her deputies to do their duties without interference.