By John Riley on December 16, 2015 @JohnAndresRiley 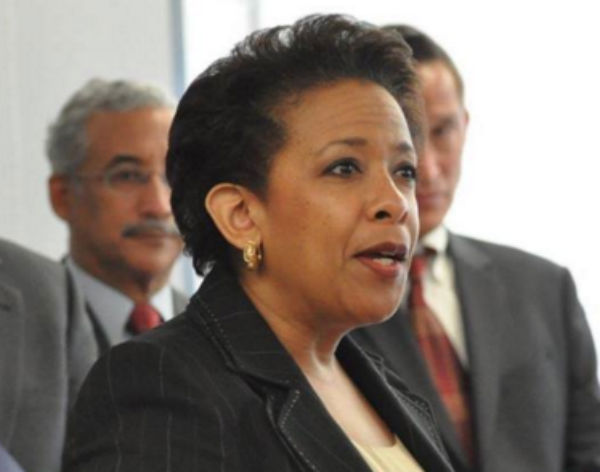 The Department of Justice on Monday announced new guidance that is designed to help law enforcement agencies avoid gender bias when responding to sexual assault or domestic violence cases.

The guidance serves two goals: 1) examining and identifying how gender bias can undermine an investigation, and 2) setting up basic policies for how to respond to sexual assault or domestic violence cases and incorporating that into law enforcement authorities’ training and practices so that presumptions based on gender bias — whether intentional or unintentional — will not undermine efforts to keep victims safe while holding offenders accountable.

If unchecked, gender bias or presumptions based on gender stereotypes can potentially result in police officers misclassifying or underreporting sexual assault or domestic violence cases, jumping to conclusions about who an aggressor is, interrogating rather than interviewing victims and witnesses, or even failing to treat same-sex domestic violence as a crime. Such mistakes can compromise an investigation, including whether charges can be brought against an attacker, and whether they will eventually be held accountable for their actions.

“Gender bias, whether explicit or implicit, can severely undermine law enforcement’s ability to protect survivors of sexual and domestic violence and hold offenders accountable,” Attorney General Loretta Lynch said in a statement. “This guidance is designed to help state, local and tribal authorities more fairly and effectively address allegations of domestic violence and sexual assault.  In the days and months ahead, the Department of Justice will continue to work with our law enforcement partners nationwide to ensure that they have the tools and resources they need to prevent, investigate, and prosecute these horrendous crimes.”

The guidance, which was based on input  from police leaders, victims’ advocates and civil rights advocates, as well as the Office on Violence Against Women, the Civil Rights Division and the Office of Community Oriented Policing Services, is intended to serve as a resource for police officers and other law enforcement authorities. By providing a series of detailed case examples, the guidance can provide outlines of principles that can be adopted by law enforcement authorities in carrying out their jobs. Those principles can include recognizing biases, assumptions and stereotypes; treating all victims with respect; referring victims to appropriate services; properly identifying the aggressor or assailant in domestic violence incidents; holding accountable police who commit either sexual assault or domestic violence; and keeping a record of data from incidents of sexual assault or domestic violence.

The aim of reducing or avoiding gender bias in policing could have a distinct impact on members of the LGBT community. Bisexual women and transgender people, in particular, face high rates of domestic violence, intimate partner violence and sexual assault. According to the Center for Disease Control and Prevention’s National Intimate Partner and Sexual Violence Survey, 61 percent of bisexual women have been raped, experienced physical violence, or been stalked by an intimate partner, compared to 44 percent of lesbians and 35 percent of heterosexual women.

“Although domestic violence affects people of every race, class and age, it can have a disproportionate impact on members of the LGBT community — many who often have less access to safety nets like shelters or who may be afraid to turn to law enforcement for help,” David Stacy, the director of government affairs for the Human Rights Campaign (HRC), said in a statement responding to the guidance. “The last thing a survivor of domestic violence or sexual assault needs is to face bias due to sexual orientation or gender identity when going to the police for help. More must be done to address this challenge, but this new guidance from the Department of Justice is an important step in the right direction.”

John Riley is the local news reporter for Metro Weekly. He can be reached at jriley@metroweekly.com
← Previous Story Rubio campaign flaunting opposition to gay marriage
Next Story → Divisive Comments