Sims is seeking a seat in the U.S. House of Representitives

By John Riley on December 22, 2015 @JohnAndresRiley 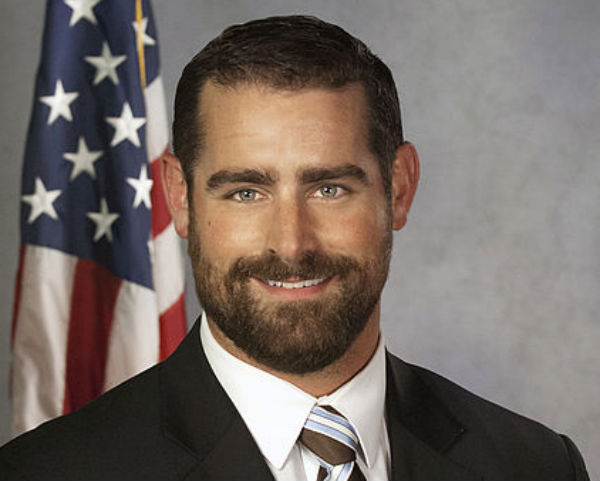 Pennsylvania State Rep. Brian Sims (D-Phila.), who is seeking a seat in the U.S. House of Representatives, has been endorsed by the Gay & Lesbian Victory Fund.

“Brian has been a staunch advocate for civil rights as an attorney, and advocate, and as a legislator in the Pennsylvania General Assembly,” Aisha Moodie-Mills, the president and CEO of the Victory Fund and Institute, said in a statement. “We know Brian will take his fight for equality to Washington, where he’ll be a tireless champion for the LGBT community.”

First elected to the Pennsylvania House in 2012, Sims became the first openly LGBT person elected to the Pennsylvania General Assembly, where he established himself as an advocate for civil rights. Prior to entering politics, Sims became one of the first college football players to come out, later dedicating his life to LGBT causes through his roles as president of the board of directors of Equality Pennsylvania, chairman of the Gay and Lesbian Lawyers of Philadelphia and a member of the national campaign board of the Victory Fund. He stepped down from all three positions in 2011.

“It is an honor to receive the endorsement of the Victory Fund,” Sims said in a statement. “I’m running for Congress for the same reason I became a civil rights attorney and the same reason I ran for the State House; I want to fight for those who get left behind by our system and our government. I will be a relentless advocate for equality and opportunity for people of every race, gender and sexual identity, and I am proud to have the support of the good people of the Victory Fund in that effort.”

Sims is challenging incumbent U.S. Rep. Chaka Fattah (D) for Pennsylvania’s 2nd Congressional District. Based in West Philadelphia, it includes part of Center City and a sliver of Montgomery County. Fattah was indicted on charges of racketeering, bank fraud, bribery and money laundering in July.

Other candidates competing in the April 26 primary include State Rep. Dwight Evans, Dan Muroff and Brian Gordon. This means Sims’ campaign has little margin for error, as the anti-Fattah vote will be split between the challengers unless someone emerges as the consensus candidate to take on the incumbent.

Another obstacle for Sims and his fellow challengers is that, despite his indictment, Fattah has done little to anger the Democratic base in a district where Democrats make up 81% of all registered voters. According to the Human Rights Campaign’s congressional scorecard, Fattah earned a rating of 100% during the 2013-2014 congressional session when it came to voting on LGBT issues.