By John Riley on December 22, 2015 @JohnAndresRiley 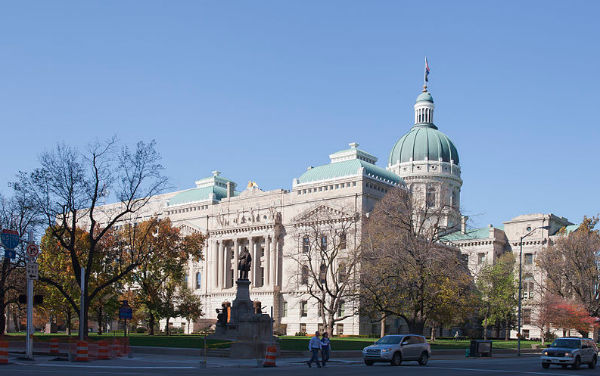 Supporters of a law that would prohibit discrimination against members of the LGBT community gained a significant ally last week after the NCAA, the nation’s premier college athletic association, announced it had joined a coalition pushing for adding protections for the LGBT community into law.

The NCAA, based out of Indianapolis, has been a mainstay in the Hoosier state for quite some time, employing about 500 people in total. When Indiana passed its Religious Freedom Restoration Act (RFRA) in the spring of 2015, NCAA President Mark Emmert raised the possibility of moving the NCAA out of state if the discriminatory RFRA remained in effect.

In joining Indiana Competes, the group pushing for the LGBT discrimination law, the NCAA is adding its voice to the growing chorus, warning that the lack of LGBT protections make businesses and major corporations — many of whom have their own internal pro-LGBT hiring and benefits policies — reticent to set up shop in Indiana. As a result, those businesses may go elsewhere, depriving the state of jobs and the economic activity that would be generated by those businesses’ employees. Other members of the coalition include Eli Lilly & Co., the state’s 10th largest employer, with 6,000 employees; Cummins, which employes 3,000; AT&T; and health insurer Anthem.

“The NCAA national office in Indianapolis supports making Indiana a welcoming and inclusive place for people to work, live and enjoy,” Bernard Franklin, NCAA’s chief inclusion officer, said in a statement, adding that the NCAA is “proud” to be working to “establish fair and equitable policies for all.”

Following passage of the RFRA law earlier this year, the national backlash that was unleashed against the state, including boycotts on travel to Indiana by other states and major cities, prompted Republican legislators and Gov. Mike Pence (R) to quickly propose and pass a “fix” to the RFRA that seeks to establish that the law is not intended to discriminate against LGBT people or same-sex couples.

However, the “fix” has been criticized from both LGBT advocates, who say its guarantees fall short of the needed protections that only a nondiscrimination law could provide, and religious conservatives, who are suing to overturn the “fix.” And, needless to say, those on the political right are vehemently opposed to any measure that would expand LGBT rights.

Pence says his office is “studying” the matter and is speaking to people across the state, but has not adopted a firm stance on the issue, reports the Associated Press. Republican Senate leaders have proposed a bill that would add LGBT protections into law, but would also include massive carve-outs for “religious exemptions.” LGBT advocates reject the proposal, saying the exemptions are so broad and far-reaching that they would essentially neuter or undermine any prohibitions on discrimination against LGBT individuals.