By John Riley on January 28, 2016 @JohnAndresRiley 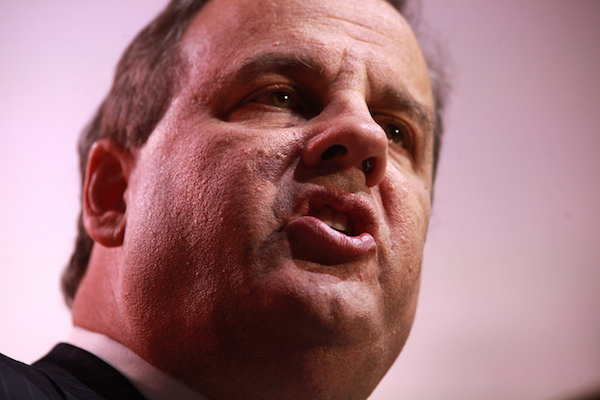 Asked by moderator Chris Wallace about his previous comments regarding Davis — telling Davis to leave her job if she wasn’t willing to issue the marriage licenses — Christie said that he had not, in fact, suggested that Davis lose her job.

“What I said, Chris, was that the law needs to be followed, and that someone in that office needs to do their job,” Christie told Wallace. “So if Ms. Davis wanted to step aside, and get rid of her ability to be able to do that, there should be someone else in that office, who it didn’t violate their conscience, that they could follow the law of the state of Kentucky.

“But what I did say is that the person who came in for a license needed to get it,” the New Jersey governor added. “And so if there’s someone in that organization — and it turns out there was — who was willing to be able to do that, that’s what we should do.”

But Christie, who has tried to emphasize his foreign policy credentials and his “tough guy” image throughout the campaign, shifted to talking about ISIS, claiming he would take on radical jihadists who want to force the rest of the world to adopt and follow their preferred interpretation of Islam, thus denying others the religious liberty that Americans enjoy.

“That’s why as Commander-in-chief I will take on ISIS, not only because it keeps us safe, but because it allows us to absolutely conduct our religious affairs the way we find in our heart, in our soul,” Christie said. “As a Catholic, that’s what I want to do. And no matter what your faith is, that’s what I want you to be able to do.”

Florida Sen. Marco Rubio and Kentucky Sen. Rand Paul also briefly touched upon the broader concept of religious liberty and America’s Judeo-Christian foundations. Paul briefly referenced the country’s religious roots in response to a question about his opposition to abortion. Rubio, when asked about previous criticisms he’s made of Christie, was much more obvious in changing the subject in order to issue a monologue on the country’s foundations.

“You just asked a very fundamental question about the role of faith in our country,” said Rubio, who has frequently touted his opposition to same-sex marriage and his willingness to appoint Supreme Court justices dedicated to overturning the court’s most recent decision legalizing marriage equality.

Kim Davis the topic of conversation in second GOP debate

“I think if you do not understand that our Judeo-Christian values are one of the reasons why America is such a special country, you don’t understand our history. Why are we one of the most generous people in the world — no, the most generous people in the world? Why do Americans contribute millions of dollars to charity?” asked Rubio. “It is not because of the tax write-off. It is because, in this nation, we are influenced by Judeo-Christian values that teach us to care for the less fortunate, to reach out to the needy, to love our neighbor. This is what’s made our nation so special.

“And you should hope that our next president is someone who is influenced by their faith,” he added. “Because if your faith causes you to care for the less fortunate, it is something you want to see in your public figures. And when I’m president, my faith will not just influence the way I’ll govern as president, it will influence the way I live my life. Because in the end, my goal is not simply to live on this earth for 80 years, but to live in eternity with my creator. And I will always allow my faith to influence everything I do.”

John Riley is the local news reporter for Metro Weekly. He can be reached at jriley@metroweekly.com
← Previous Story Poll: Who won tonight’s 7th GOP Debate?
Next Story → Rentboy.com owner indicted for prostitution and money laundering