There’s a war brewing among America’s automakers. One one side, the old guard: General Motors. A symbol of American manufacturing, it spans continents, market segments and brands, encompassing sedans, supercars, SUVs and more. The Great Recession threatened to kill it, but GM clawed back with a government bailout and a renewed interest in quality and competitiveness — a brief detour into cars that could kill their drivers notwithstanding.

On the other side, the young upstart: Tesla Motors. Tesla represents everything that’s good about American ingenuity. In Silicon Valley, an underdog focused on the future decided to take on the establishment with an original idea, that an electric car could be luxurious, sporty, and get the same mileage as a gas engine. With just two cars — the Model S sedan and Model X SUV — Tesla isn’t threatening GM’s sales dominance any time soon, but that hasn’t stopped both manufacturers from getting into the trenches and picking up arms.

Tension between both companies has been brewing for months. Tesla has long been embroiled in a fight with dealerships across the country, who resent Tesla’s model of direct sales — rather than utilize franchised dealer networks, Tesla owns and operates its own stores, where customers can order their own Tesla and have it delivered to their home. By removing dealers from the equation, it starved them of any access to Tesla’s profit margins. Tesla instead offers no-haggle pricing and fixed monthly rentals — apart from local taxes, you’ll pay the same in New York as you do in New Mexico. 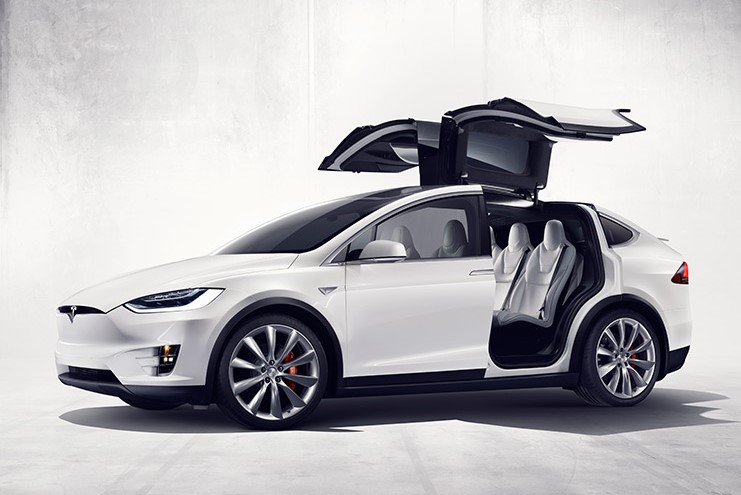 That infuriated dealers so much that, in several states across the nation, they’ve moved to block Tesla from selling its vehicles, unless they capitulate to the dealership model. In New Jersey, state lawmakers voted to ban Tesla’s direct sales model in 2014. Tesla accused the New Jersey Coalition of Automotive Retailers of foul play, saying dealers were hostile to selling electric cars as “gasoline vehicles represent virtually all their revenue,” according to Tesla’s appeal to the state Supreme Court. Gov. Christie eventually signed a new law last year which granted Tesla the ability to sell its cars to customers in its New Jersey stores — previously, they were directed to Tesla’s website.

In Texas, Tesla crashed headfirst into the state’s dealership lobby. In May last year, both the House and Senate failed to vote on legislation that would have allowed Tesla to sell its cars directly to consumers. Tesla argued that the dealers were pressuring lawmakers to maintain the effective ban on Tesla’s sales model, dealers responded that they were protecting family-owned businesses and keeping customers’ interests at heart, according to Bloomberg Business.

“They are thwarting the will of the people,” said Diarmuid O’Connell, vice president of business development for Tesla. “That [the legislation] doesn’t even get a fair hearing — much less a vote — is to me very odd and disturbing.”

“It’s kind of a joke to think that somebody’s going to come in here and ride in on a horse that doesn’t use gasoline and change the world,” said Red McCombs, who owns the eponymous dealer network. “They’re going to have to play by the same rules that the competition plays by.”

“Unlike some EV customers, Bolt customers don’t have to drive to another state to buy or service an EV.”

It’s that argument over competition that has Tesla and GM swapping veiled insults. This month, GM took the wraps off the Chevrolet Bolt, a small, low-cost EV with over 200 miles of electric range. It was a big moment for the company, an evolution of the earlier Volt plug-in hybrid, and a bold declaration of GM’s manufacturing might — Tesla has been promising a cheaper EV for the masses, the fabled Model 3, but thus far has failed to showcase anything. For GM to usurp the electric car darling was a big moment for the company, not least because Tesla’s original electric Roadster force the automaker to kickstart the Volt project. When the Volt project was in its infancy, way back in 2007, GM’s vice chairman, Bob Lutz, labelled Tesla as the reason for GM finally taking electrification seriously. “If some Silicon Valley start-up can solve this equation, no one is going to tell me anymore that it’s unfeasible,” he told Newsweek.

Not satisfied with beating Tesla to the cheap, longer range electric car market, GM’s CEO Mary Barra stuck the knife in and twisted the blade while unveiling the Bolt.

“Unlike some EV customers, Bolt customers don’t have to drive to another state to buy or service an EV,” she said, according to AutoBlog. That was a direct reference to Tesla’s direct sales woes. In Arizona, Connecticut, Michigan, Texas and West Virginia, Tesla isn’t just banned from selling its cars, it can’t even service them, Tesla’s O’Connell told the Detroit News. For GM, who campaigned against Maryland’s law last year that granted Tesla permission to sell its vehicles in the state, it was rather callous to joke about Tesla’s sales problems given GM and its dealer networks have actively participated in causing them.

“Our opposition comes from two groups, primarily from dealer groups and secondarily from General Motors,” he said. Maron then argued that “[GM’s] interest here is purely competitive. They are actually touting their ability to block us from selling directly and the fact that our customers can’t buy our cars as easy as theirs.”

“With respect to General Motors, their position boils down to this: Because they voluntarily chose generations ago to use a certain business model, [the company feels] everyone that comes after should be required as a matter of law to use the same model,” Maron continued. “That’s code for ‘Tesla is able to sell the product to consumers for a lower price than we’re able to through the franchise system.'”

Rhuaridh Marr is Metro Weekly's managing editor. He can be reached at rmarr@metroweekly.com.
← Previous Story US to Toyota: Why does ISIS have so many of your trucks?
Next Story → Driverless and Clueless: Consumer Watchdog battles Google’s driverless cars