It's not the first title for this year's Mr. MAL

By John Riley on January 21, 2016 @JohnAndresRiley 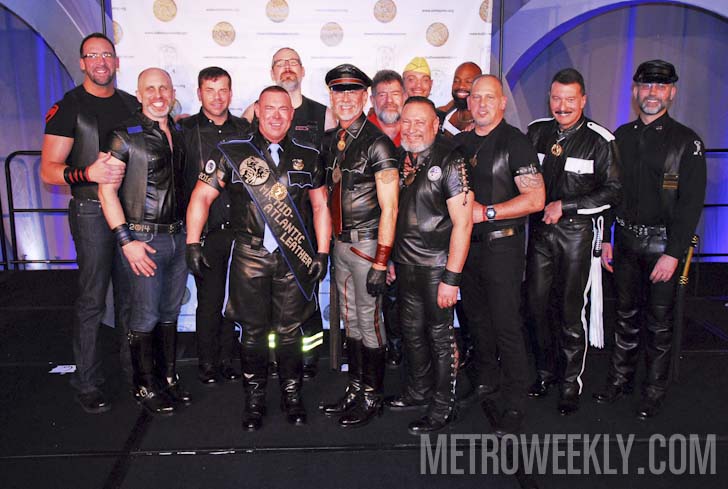 Todd Leavitt is finally going to have his chance to serve as a leather titleholder.

On Sunday, when the 51-year old Arlington resident was named Mr. Mid-Atlantic Leather 2016, he brought one of the leather community’s highest honors back to the D.C. area, breaking a five-year losing streak that saw the prestigious title go to contestants from Connecticut and Pittsburgh. Most importantly, and personally significant, was that Leavitt earned a rare second chance, almost 25 years in the making, to do good for the community through his honorary platform.

Leavitt’s first brush with victory came in May 1991, when he won the title of Mr. Leather Detroit. Less than a month after winning, he was slated to begin active-duty service in the U.S. Army while completing an internship at Walter Reed Army Medical Center.

“This was a time when ‘Don’t Ask, Don’t Tell’ was prominent,” says Leavitt. “So I really had to make a decision about what I wanted to do…. I had to relinquish my title, and come up here and serve my duty. I had to be a good soldier.”

Leavitt remained in the Army until 1995. Now a psychiatrist, Leavitt met Randy, his current partner of 20 years and legally recognized husband since 2008, and put down roots in the D.C. area.

“It’s only over the last few years that I’ve kind of gotten this urge to close the circle, as it were,” he say.

As a titleholder, Leavitt will be expected to carry out the various duties associated with such a title, including raising money for charities that benefit the LGBT community. His first official event as Mr. MAL will be the annual Scarlet’s Bake Sale fundraiser at the DC Eagle on Feb. 7.

“A title…gives you a bigger megaphone,” Leavitt says. “It generates a lot of excitement and interest. And people do come out — they come out to the bar, they come to events. It makes raising money for charities certainly much easier. You have, in a sense, a chance to create a legacy, and continue building on it.”

Doug Rule contributed to this story.