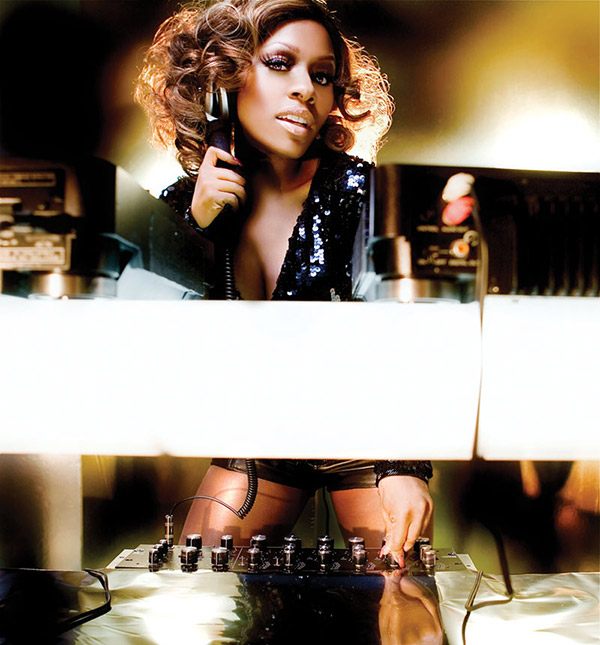 Ultra Nate surprised the crowd at a Toronto Pride party last summer. “A lot of people were shocked by my DJ’ing,” she says. “‘We need to rethink everything we thought we knew about you,'” several partygoers told her, describing her set as “fierce.”

Nearly two decades after her gay-affirming anthem “Free,” Ultra Nate is mostly known as a house singer/songwriter with a handful of No. 1 club hits. But in recent years the Baltimore native has made a name for herself as a house DJ, through summer residencies at lauded venues in club mecca Ibiza. And there’s also her soulful house party Deep Sugar, which just celebrated 12 years of attracting a mixed, musically oriented crowd every month in Baltimore.

Nate will play a live five-hour-set for Mid-Atlantic Leather’s Dark & Twisted closing dance at the 9:30 Club this Sunday, Jan. 17. “I’m so excited and really honored,” she says. “I’m preparing some tracks from a lot of different genres, because I like to be a bit more experimental and go some places that other DJs might not.”

Of course, Dark & Twisted is just the culminating event of a long weekend filled with parties, perhaps more this year than ever. The bulk of the action takes place at the Hyatt Regency Capitol Hill, now in its sixth year as host for MAL — and the Centaur Motorcycle Club, MAL’s presenting organization, has once again booked the entire 800-room complex at 400 New Jersey Avenue NW. More than 3,000 people are expected to attend official and affiliated events in ballrooms in the Hyatt — from the 31st annual Mr. MAL contest to rituals inspired by animals, mainly puppies and pigs. That is, when not crowding, carousing and cruising the lobby and the elevators.

Yet most gay and many gay-friendly clubs in D.C. are the site of at least one fetish function this year. Green Lantern continues to be the unofficial off-site meeting ground, certainly for gear-fiends, with the watering hole just off Thomas Circle hosting underwear event after jockstrap party — sometimes even on the same night. But after sitting on the sidelines with its new, not-yet-ready space last year, DC Eagle has put major skin in the game, presenting a few enticing events — and taking extra measures, from scheduling shuttles nightly to alerting car services of heightened demand, to ease getting there and back.

Events marked with an asterisk are official, MAL-ticketed events for weekend pass holders, who also have exclusive access to the free shuttles running every night from the hotel to bars such as DC Eagle.

Admission to the Exhibit Hall and other events on the host hotel’s lower levels are available for $15 for one-day entry or $30 for all three days. Full registration, with a weekend pass, is $200.

All listings subject to change.

A puppy mosh co-hosted by NYC-PAH and Tom Buckley
11 a.m. to 1 p.m.
Regency B, C and D
Host Hotel
nycpah.org

2 p.m. to 6 p.m.
Congressional A and B
Host Hotel
onyxmen.com