Pack your bags: 7 top destinations for LGBT travel in 2016

By Troy Petenbrink on January 18, 2016 @thegaytraveler

Assuming the U.S. economy is able to remain reasonably strong, 2016 has the makings for a great year to travel. Airfare for domestic and international travel has been dropping and the U.S. dollar is up against nearly every other major currency in the world.  In addition, the number of destinations embracing LGBT travelers continues to grow.

You’re likely asking “where the heck is Slovenia?” Let’s start with the fact that it’s in Europe — where the dollar is stronger than it has been in years. And to be more exact, it is in central Europe adjacent to Italy, spanning from the Mediterranean Sea to the southern tip of the Alps — which gives you a good idea of its beauty. It is also a generally small country in geography (about the size of New Jersey) and population (a little over 2 million people) making it an easy place to navigate and get to know intimately.

Formerly part of Yugoslavia, Slovenia is also arguably the most LGBT-friendly of the former “Eastern Bloc” countries with strong non discrimination laws and visible LGBT community in the capital city of Ljubljana. A move to legalize same-sex marriage was defeated last year but the hard fought effort helped bring positive visibility to an issue that is a struggle for many destinations. While it has seen the number of tourists visiting steadily climb as more and more travelers fall prey to its charm, Slovenia will likely watch its profile grow even more as it celebrates its 25th anniversary as an independent nation throughout 2016 with festivals and special events planned across the country. LGBT travelers also have a special opportunity to visit the country as part of Pink Week, an annual travel experience curated by Imperial Luxury Travel Solutions, a gay-owned Slovenia travel company. Now in its third year, the 2016 Pink Week will be held May 26th to 29th.

Fort Lauderdale has ranked among the top destination in the U.S. for LGBT travelers for decades — and it’s not resting on its laurels. Last year, the Southern Comfort Conference, one of the largest transgender conventions in the nation, celebrated its 25th anniversary in Fort Lauderdale and plans to hold its annual convention in the southern Florida city through at least 2017.  The embracing of the transgender community is just another feather in the cap of the city that offers world-class beaches, resorts and nightlife that cater to the LGBT community. The neighboring city of Wilton Manor, with its many restaurants, bars and clubs and one of the highest concentrations of LGBT residents, helps complete the Fort Lauderdale experience. The city’s 2016 LGBT events include BeachBear Weekend, May 5th to 9th; PrideFest, Oct. 3rd to 9th; and Wicked Manors, Oct. 31st.

Mexico often gets painted with a broad — and generally misinformed — brush. Homophobia certainly exists in Mexico, but, as with the U.S., there’s a growing acceptance of the LGBT community. And nowhere in Mexico are LGBT visitors more welcome than Puerto Vallarta.

Often referred to as the San Francisco of Mexico, the oceanside city is crawling with LGBT residents and visitors. It’s home to gay resorts like Casa Cupula, welcoming beach clubs like Mantamar, and happening bars and clubs like La Noche and C.C. Slaughters. And Puerto Vallarta’s Wet & Wild Gay Cruise and Gay Vallarta Bar Hopping tours are legendary. Puerto Vallarta also has a tasty culinary scene — especially the street food — and outstanding outdoor activities from zip-lining to whale watching. And let’s not forget that the U.S. dollar is at record level exchange rates with the Mexican peso. A great time to visit Puerto Vallarta in 2016 is during Vallarta Pride, May 16th to 29th. 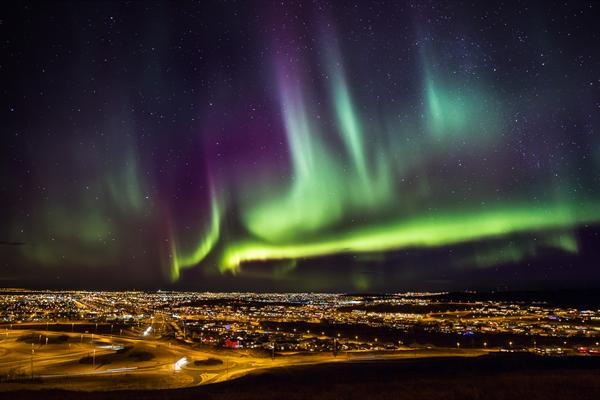 Iceland is one of the most sparsely populated counties in the world, but the number of tourist visiting  has more than tripled since 2000 — more than a million now visit annually. What’s the draw? The natural wonders. The country is home to some of the largest glaciers in Europe, and some of the world’s most active volcanoes — giving it its nickname “The Land of Fire and Ice.” There’s also the country’s famed geothermal pools and the opportunity to see the Northern Lights. The country has a long history of being LGBT-friendly and clearly demonstrated its acceptance in 2009 when Jóhanna Sigurðardóttir became the Prime Minister of Iceland and the world’s first openly lesbian head of government. A number of tour operators, such as Pink Iceland, specialize in packages for LGBT travelers. In addition, low cost airfares by Icelandic airline WOW Air are currently making it affordable to visit.

Las Vegas had close to 40 million visitors in 2015, making it one of the top travel destinations in the states. However, this should come as no surprise to LGBT travelers, who have consistently ranked Sin City among their top place to visit each year. And there are plenty of reasons to continue to visit. In recent years, Las Vegas has done a 180-degree turn, going from a city where gambling, once center stage, is now in a supporting role to a spectacular entertainment and culinary scene. In addition, nearly ever major resort — especially those operated by MGM and Caesars — gets a perfect score on HRC’s Corporate Equality Index. For 2016, LGBT visitors cannot go wrong attending one of the famed summer pool parties at the Luxor, or making plans for Las Vegas Pride, Sept. 16th to 17th.

Cuba has been forbidden fruit for U.S. travelers for decades, but that’s quickly changing. President Obama’s push to lift the decades-old trade embargo against the country has already result in expanded opportunities to visit the communist island. New rules released last year allow U.S.-born individuals who fall under one of 12 categories to visit Cuba without getting specific advance permission from the U.S. government. And with a history of being on the forefront of travel trends, LGBT travelers will not want to miss the opportunity to visit before travel between the U.S. and Cuba becomes completely open. Coda International, which specializes in tours for the LGBT market, has a number of group tours to Cuba planned for 2016. For individuals planning their own tours, Havana Air offers the ability to book flights and purchase a Visa together, and local gay guide Yunior Crespo offers customizable tours. 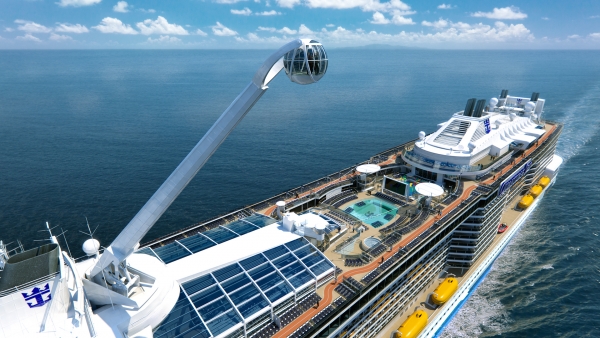 Slovenia is not the only one celebrating its 25th anniversary. Atlantis Events has been coordinating all-gay cruises for a quarter century — and shows no sign of heading to dry dock anytime soon. As part of its silver jubilee, Atlantis is hosting a seven-day Caribbean cruise aboard Royal Caribbean’s Anthem of the Seas. The ship is one of the newest and most technologically advanced on the ocean, and approximately 4,200 guests from around the world are expected to board for the trip, May 21st to 28th. And Atlantis is planning a schedule packed with special parties and entertainment.

[NOTE, Tuesday, Jan. 19, 8:20 a.m.: This story was updated to include reference to Slovenia’s recent effort to legalize same-sex marriage.] 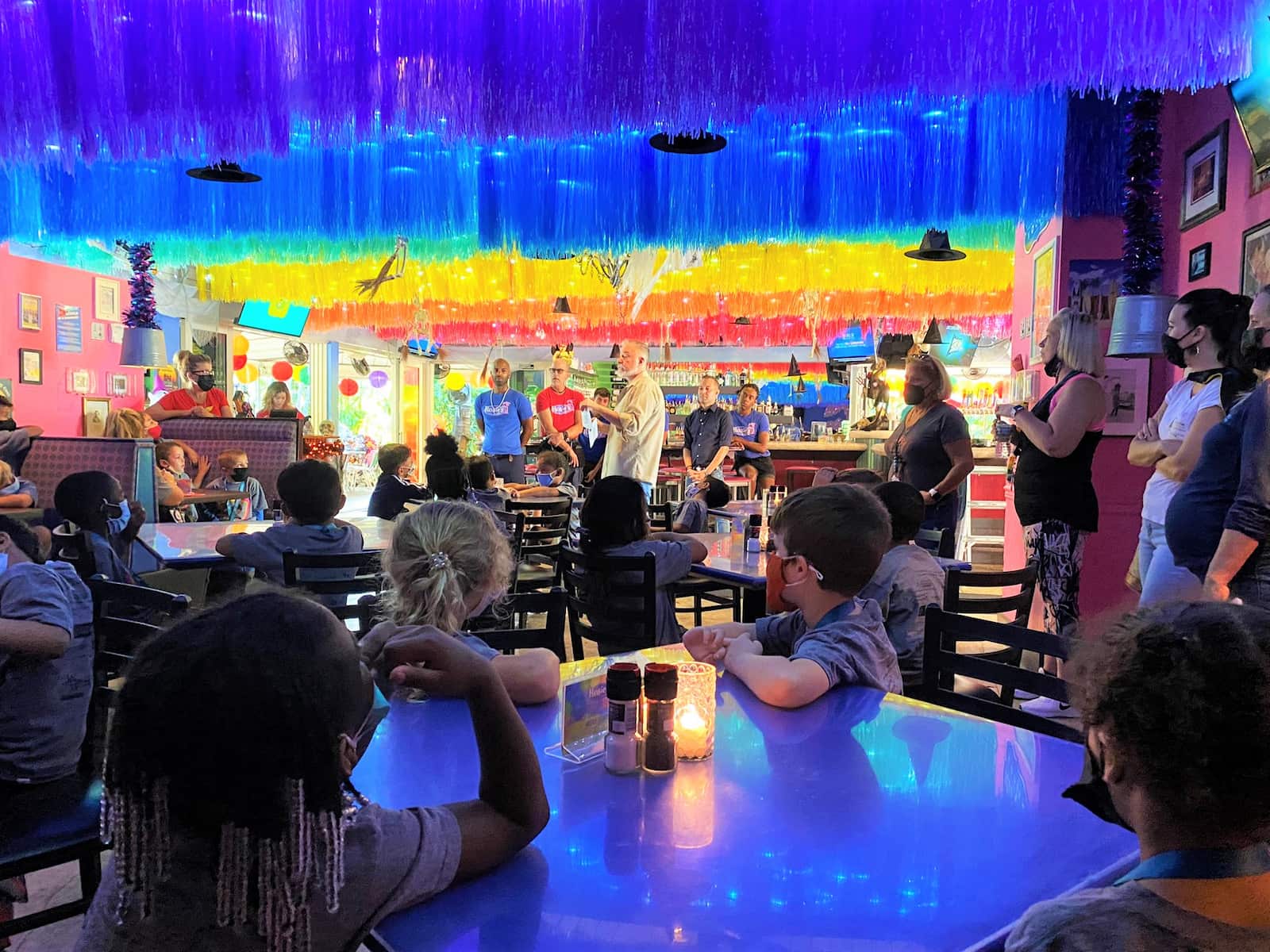