Kasich says to “move on” from same-sex marriage issue

By John Riley on February 29, 2016 @JohnAndresRiley 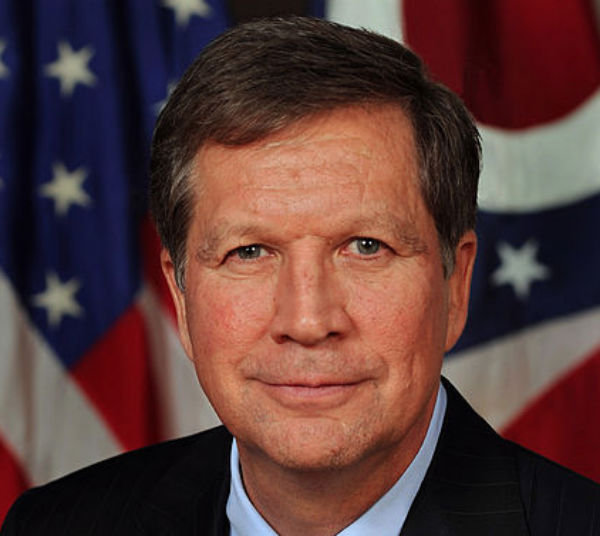 “…If you’re a cupcake maker, and someone wants a cupcake, make them a cupcake.”

During the interview, Kasich was asked about national security, his portrayal in the media as a “moderate” compared to the other GOP contenders, and the issue of same-sex marriage, the Charlottesville-based Daily Progress reports. Kasich rejected the idea that he’s ideologically moderate, saying, “I’ve been conservative all my life.”

On the issue of gay marriage, Kasich said he still believes in the idea that marriage should be between one man and one woman, but also believes that it’s time to move on from what has proven to be a divisive issue. On the issue of religious liberty, he said that churches should not be forced to do anything that runs counter to their beliefs, but also rejected the idea of business owners refusing to serve same-sex couples.

“Let’s not have a big lawsuit or argument over all this stuff,” Kasich said. “Move on.”

John Riley is the local news reporter for Metro Weekly. He can be reached at jriley@metroweekly.com
← Previous Story Laverne Cox: Protect students from anti-transgender bill
Next Story → Kasich: Gays shouldn’t sue over being refused service