By John Riley on February 23, 2016 @JohnAndresRiley 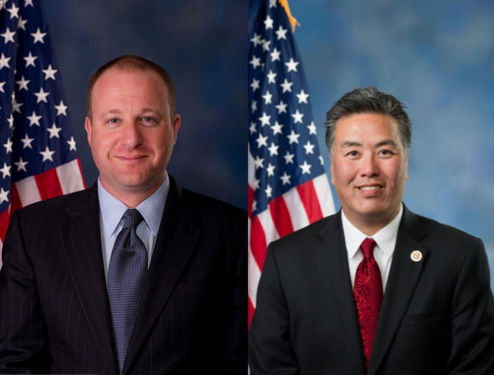 There’s nothing quite like election-year squabbling between the major parties, particularly when a Supreme Court seat hangs in the balance. Faced with a Republican-controlled Senate, national Democrats are calling upon some of their most loyal voter constituencies to push senators to agree to hearings for a replacement for the recently deceased Justice Antonin Scalia. President Obama has stated he intends to name a replacement for the conservative justice, but the Republican party line has been that the GOP does not intend to hold hearings on a replacement. Rather, they argue, the next president should fill the vacancy on the nine-member court.

In response, the Democratic National Committee is launching a #FillTheSeat media campaign, aimed at arguing why Republican senators should allow hearings and a vote on whomever President Obama nominates. The campaign will focus on a different issue each day, touching on 21 cases that are expected to be resolved by the Supreme Court in the coming months. So far, the DNC has announced plans for a video dealing with immigration cases, but has potentially left the door open to other issues, such as unionization and women’s reproductive rights. On Monday, the DNC’s focus was on the impact that a court vacancy might have on the LGBT community.

“This is part of the Democratic Party’s efforts to make sure the lives of LGBT people continue to get better, and our rights are advanced and protected,” Earl Fowlkes, the chairman of the LGBT Caucus of the DNC, said during a conference call. He said the campaign is intended to educate the public about the ramifications of not filling Scalia’s seat, particularly in cases where the court may deadlock on a 4-4 vote. If that happens, the ruling at the appeals court level stands and the case does not set any precedent for future Supreme Court cases dealing with the same issue.

The DNC’s web video, “We’re Not Done,” features a number of LGBT people — both DNC staffers and prominent LGBT activists —  talking about the influence that the court has had on the community. The speakers emphasize that LGBT people can still be legally fired in a majority of states because of their sexual orientation or gender identity. They also reference two separate cases dealing with discrimination where federal judges ruled against LGBT plaintiffs.

The first case refers to the ruling of U.S. District Judge Robert Doumar, who said that a claim of sex discrimination under Title IX did not apply in the case of Gavin Grimm, a Virginia transgender student challenging Gloucester County’s restroom policy, which currently bans him from using the boys’ restroom. The second refers to a ruling by U.S. District Judge Andrea Wood, who ruled in January against David Igasaki, a former Illinois state employee who claims he was dismissed because of his sexual orientation. Wood dismissed the suit, ruling that sexual orientation is not covered by Title VII of the Civil Rights Act of 1964. But she did so with prejudice, thereby allowing Igasaki to file a new lawsuit challenging his firing under Title VII’s prohibitions on sex discrimination.

Those same points were reiterated during the DNC’s conference call, which featured statements from U.S. Reps. Jared Polis (D-Colo.) and Mark Takano (D-Calif.), co-chairs of the Congressional LGBT Equality Caucus.

“Back in 1988, Ronald Reagan said, ‘The federal judiciary is too important to be made a political football.’ I couldn’t agree more,” Polis said, referencing Reagan’s successful nomination of Justice Anthony Kennedy in 1988, a presidential election year.

“Contrary to Republican protestations of late, this country has a long history of confirming justices and judges in the final year of a president’s term,” Polis said. “As a reminder, presidential terms last four years, not three years. Today, we’re highlighting what’s at stake for the LGBT community in filling this vacant court seat.”

Recounting the history of various LGBT-related cases that have come before the federal courts, Takano added, “LGBT Americans have a long history with the court, filled with both victories and setbacks. As a result, the LGBT community understands better than most Americans what a direct impact the court can have on our everyday lives.”

Both congressmen argue that the Senate should take up any nomination put forward by Obama and give the nominee an up-or-down vote.

But conservative groups have pounced on Democrats’ previous statements regarding Supreme Court nominees. The group FreedomWorks released a statement in response to an unearthed video clip from June 1992 showing Vice President Joe Biden, then a senator, urging his colleagues to delay Supreme Court nomination hearings during a presidential election year.

“Joe Biden’s statement reveals that the Democrats’ insistence on nominating a justice before the presidential election is about politics, not principle,” FreedomWorks CEO Adam Brandon said in a statement. “The Senate is wholly within their rights to refuse to consider an Obama nominee, as then-Senator Biden surely would have agreed with at the time. Senate Republicans must stand strong and pledge that they will not move forward. No votes. No hearings.”

In response to Republicans’ criticisms, Takano acknowledged that senators’ positions may switch based on who controls the presidency and the Senate at any given time. But he also said that senators have never been compelled to approve a nominee, only to provide a fair hearing.

“Regardless of what individual senators might have said at the time…ultimately, in modern political history — from the Civil War going forward — the Senate has done its duty by considering, advising and offering its consent or not,” Takano said.

Still, Republicans, even LGBT ones, remain skeptical of Democrats’ motives. Gregory Angelo, president of the Log Cabin Republicans, says he was “pretty unfazed” after seeing the claims made in the DNC’s web video.

“It’s a typical identity politics ad. And we expect Democrats to be playing identity politics in this election cycle,” Angelo says. “The only valid point is certainly that the next Supreme Court justice, whoever it is and whoever nominates them, is definitely going to be able to exert special influence on the court.

“The last time we had a swing justice appointed to the court, it was a justice who was appointed by Ronald Reagan, and that was Justice Kennedy,” Angelo adds. “So while the next Supreme Court justice, whomever they may be, and whomever they are nominated by, is important, I don’t think that people should just write off the possibility that a Republican president could appoint someone who is an ally to the LGBT community, in the same way that Justice Kennedy has been, and, I imagine, will continue to be.”

John Riley is the local news reporter for Metro Weekly. He can be reached at jriley@metroweekly.com
← Previous Story Study: 1 in 6 gay or bisexual men will contract HIV in their lifetime
Next Story → McCrory threatens retaliation against Charlotte nondiscrimination ordinance