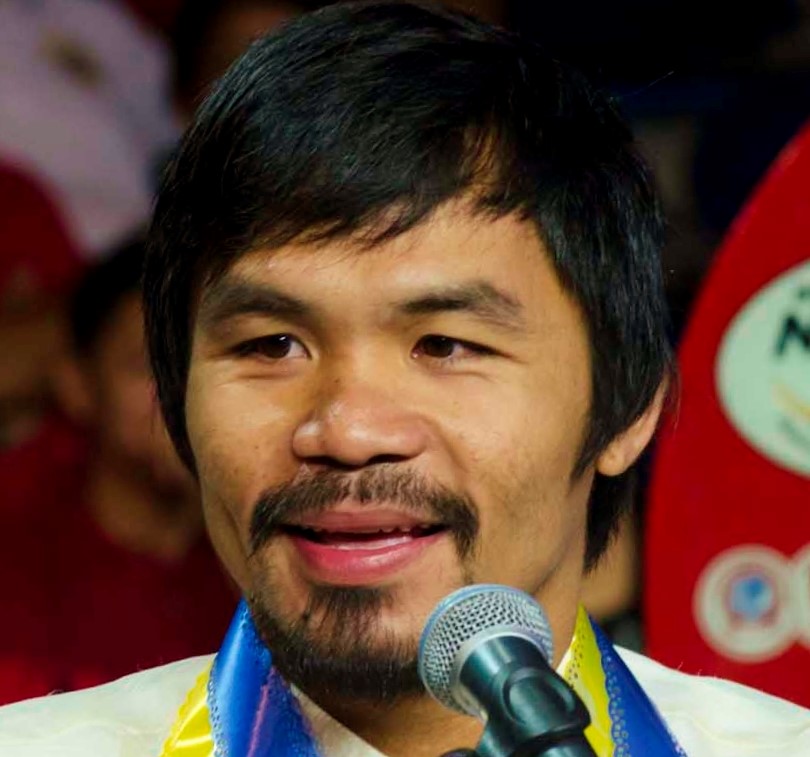 Boxer Manny Pacquiao’s recent homophobic comments have landed him in serious hot water. During his campaign for election to the Philipines Senate, Pacquiao called gay people “worse than animals.”

“If people then engage in male to male, female to female relations, then they are worse than animals,” the boxer said.

He attempted to apologize on Instagram, saying he was “sorry for hurting people by comparing homosexuals to animals… [But] I still stand on my belief that I’m against same-sex marriage because of what the Bible says.”

As a result of outcry from the LGBT community, Nike — one of his biggest sponsors — has dropped Pacquiao from their roster of athletes. Nike has worked with Pacquiao for almost a decade, but the pro-LGBT company issued a statement calling the boxer’s comments “abhorrent.”

“We find Manny Pacquiao’s comments abhorrent,” the company said. “Nike strongly opposes discrimination of any kind and has a long history of supporting and standing up for the rights of the LGBT community. We no longer have a relationship with Manny Pacquiao.”

TMZ reports that Pacquiao’s team tried to save the lucrative relationship, but Nike was uninterested.

Now, pressure is growing on Pacquiao’s other sponsors to cancel contracts with the Filipino. In a statement, One Million Kids for Equality said that they “[appreciate] Nike’s decision to cut ties with Manny Pacquiao and strongly encourages Foot Locker and others to do the same.”

“Manny is seen as a role model for youth around the world and we find his words deeply disturbing,” the organization’s president, Brian Delaney said. “Words like the ones mentioned above are extremely harmful to LGBTQ and allied youth who may have previously looked up to him.”

Now, prior sponsors are rushing to distance themselves from Pacquiao’s comments. Adweek reports that Wonderful Pistachio, which worked with Pacquiao in 2012, “is not currently affiliated with Manny Pacquiao nor do his views align with ours,” according to spokeswoman Jennifer George. In an email, Nestle confirmed to Gay Star News that the company “is not a current sponsor of Manny Pacquiao. We had a one-time promotion with him in 2015, which has ended.” Foot Locker has yet to comment on their sponsorship deal with Pacquiao.

Forbes reports that Pacquiao earned $12 million last year from endorsements, licensing and other appearances. It’s a small fraction of the $160 million he earned as a result of his bout with Floyd Mayweather.