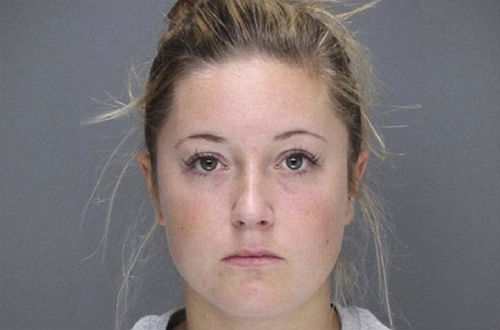 A woman convicted for assaulting a gay couple in Philadelphia in 2014 is not going to shave any time off her prison sentence.

Kathryn Knott was found guilty of misdemeanor simple assault, reckless endangerment, and conspiracy to commit simple assault in December. She was sentenced to 5 to 10 months in prison, a sentence that her lawyers thought was too harsh, particularly in light of the plea deals accepted by two men who were also involved in the attack.

In pleading guilty to the charges against them, Philip Williams, 24, and Kevin Harrigan, 26, managed to avoid jail time by agreeing to stay away from the Center City neighborhood for a period of three to five years and perform community service for an LGBT organization.

But on Monday, despite the protestations of Mott’s legal team, Common Pleas Judge Roxanne Covington stood by her original sentence. Covington said her sentence was not “excessive,” particularly considering the injuries to the victims and the hit that the city of Philadelphia’s reputation took in the aftermath of the attack, the Associated Press reports.

Covington pointed out that Knott had declined a previous plea deal made available to her, instead choosing to risk a trial. Covington also said she found a “complete disconnect between Knott’s statements and the severity of the crime.

Once Knott, who has been in jail for one month, finishes out the rest of her term, she will be required to get anger management treatment and stay away from Philadelphia for two years while she is on probation.

John Riley is the local news reporter for Metro Weekly. He can be reached at jriley@metroweekly.com
← Previous Story Proposed bill in Colorado would ban conversion therapy
Next Story → Gay political action committee endorses Clinton for president