Kesha wins LGBT honor for being a ‘Warrior’

By Fallon Forbush on March 7, 2016 @FallonWForbush 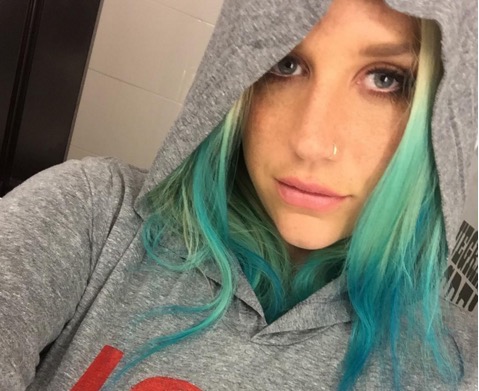 “Don’t let people scare and shame you into changing the things about yourself that make you unique. Those are the qualities that will make your life magical and special.”

— Kesha, accepting the Human Rights Campaign’s Visibility Award at the 2016 HRC Nashville Equality Dinner on Saturday. The organization bestows the award to high-profile individuals who use their platform to advance and advocate for the LGBT movement.

“The first record was all me living in L.A., trying to pay my rent, have a really good time, and look good on nothing. But ever since then I’ve seen how many people my music can reach, and I’ve realized that I have somewhat of a social responsibility to make sure everything I say is positive,” Kesha told V Magazine in the summer of 2012 before releasing her second full-length studio album, Warrior.

Warrior‘s positive message and underlying theme was that everyone has a warrior inside, including her young LGBT fans who were being bullied for being themselves. As a “misfit” herself, Kesha said she empathizes with being bullied and has drawn strength from her own exhortative lyrics during her own struggles.

In 2014, she opened up about her personal battle to love and be her authentic self after being admitted into rehab for an eating disorder. The chart-topping artist is now locked in a legal battle with Sony concerning her recording contract over allegations of sexual assault by her former producer, Dr. Luke. Saturday’s dinner was Kesha’s first public appearance since she was denied a preliminary injunction to end her contract last month.

Since then, Kesha’s fans have flooding social media with hashtag #FreeKesha. She has also seen an outpour of support from other celebrities, including a hard-hitting column from Lena Dunham.

Thank you @humanrightscampaign for having me tonight and for my visibility award. Tonight was incredibly special to be awarded for something I care so deeply about. I will fight for equal human rights till the day I die. Love always wins! ❤️❤️

Fallon Forbush is a contributing writer.
← Previous Story Kasich: Gays shouldn’t sue over being refused service
Next Story → House Republican: Put gay people on an island and they won’t survive