Got a Light: Light City Baltimore 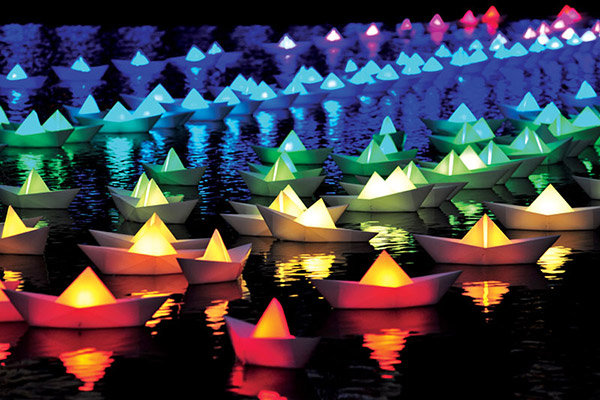 “We felt a light art festival, with an innovation conference component, was well-timed for what’s happening here in Baltimore,” says Kathy Horning of the Baltimore Office of Promotion and the Arts. “[There’s] a renaissance, if you will, in our arts community and in the technology and innovation sector.”

Light City Baltimore was modeled primarily after a similar event in Sydney’s Darling Harbour — the redevelopment of which, incidentally, was modeled after Baltimore’s own waterfront renovation in the ’80s. A one-and-a-half mile BGE Light Art Walk winds through the Inner Harbor and the Harbor East neighborhood, with 50 stops along the way, featuring 28 original works of light art and projections, a few stages for music concerts and other performances, a kids zone, and food and beverage vendors. “It will feel very much like a big, outdoor, free festival,” Horning says. “It’s completely at nighttime, and the main artistic focus is light as a medium.”

Light City Baltimore will feature specially created light sculptures, such as a 20-foot-tall animatronic steel creation called “Peacock,” created by Baltimore artists Tim Scofield and Kyle Miller. “When the peacock’s plume opens, the bird is 40-feet across and the plume becomes illuminated with this pulsing series of rainbow-colored lights,” says Horning. Other installations by both national and international artists are evocative, thought-provoking works, exploring topics ranging from the slave trade in Baltimore to rising sea levels. 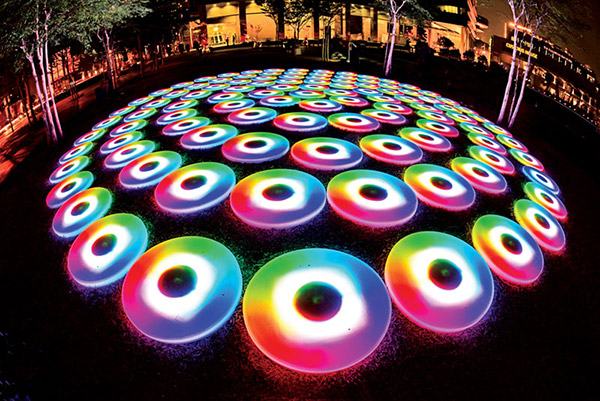 Complementing the displays each night are free performances on concert stages by electronic-based musicians, from Thomas Dolby (“She Blinded Me with Science”) and DJ Jazzy Jeff to Rob Garza of Thievery Corporation. The festival runs a week, kicking off on Monday, March 28, with a Light City Lantern Parade — though Horning notes people can get a sneak peek on Easter Sunday, when organizers will do a dress rehearsal at 7 p.m. Horning says Light City Baltimore is planned as an annual event.

It’s taken more than a year and a half to plan and a full two weeks to set up. “It’s so much work,” says Horning. “It’s definitely not a one-and-done.”

Light City Baltimore opens at 7 p.m. nightly from Monday, March 28, through Sunday, April 3, and closes at 11 p.m. on weeknights and midnight Friday, April 1, and Saturday, April 2. Call 410-752-8632 or visit lightcity.org for a map and details on all events, including “Light City U” conferences.