Morrow has also suggested that Barack Obama, Hillary Clinton, George W. Bush and Karl Rove are either all gay or bisexual 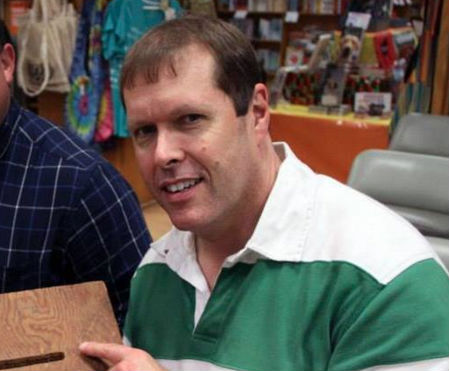 Robert Morrow, who was recently elected as incoming chair of the Travis County Republican Party, has gained national prominence for his absurdly incendiary statements that seem like a desperate cry for attention. According to the New Civil Rights Movement, Morrow has suggested that Barack Obama, Hillary Clinton, George W. Bush and George H. W. Bush are either all gay or bisexual. He has also vowed to out closeted Republican politicians who pass themselves off as Christian conservatives.

“If they’re doing things wrong politically, they’ll hear about it from me,” he said during an interview with Time Warner Cable News. “And if they have a wildly hypocritical sexual life, especially if they’re a married man and if it involves adultery with strippers, hookers and gay prostitutes — I just love exposing these sexual hypocrites in the Republican Party, especially these closeted homosexuals.” 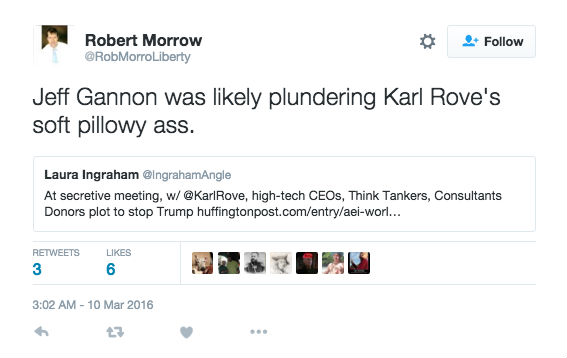 Morrow said Hillary Clinton and former Texas Gov. Rick Perry were “rampaging bisexual adulterers,” and former President George H.W. Bush was a “longtime homosexual pedophile.” On Twitter he wrote, “The only thing Rick Perry ‘wore out’ was the assholes of men he met on Craigslist.” 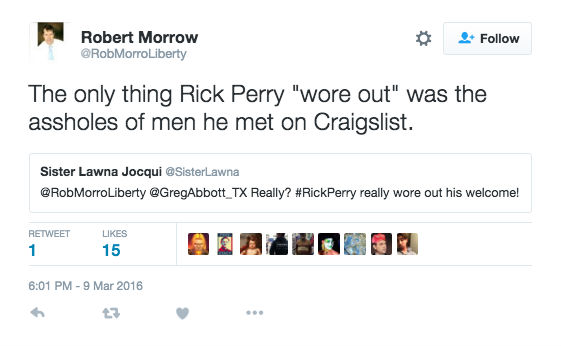 Because of Morrow’s larger-than-life presence on social media and his unwillingness to apologize for his offensive statements, the Travis County GOP’s executive committee has voted to approve a resolution condemning the chair-elect’s comments. The committee members also approved a resolution to form a “transition committee” examining the extent and limits of the chairman’s powers and how the party’s bylaws can be amended to further limit that power.