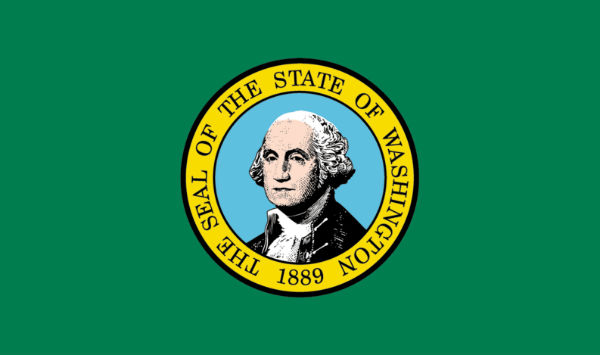 The Washington State Human Rights Commission has rejected petitions challenging a commission rule that allows transgender people to use restroom and changing facilities consistent with their gender identity.

Laura Lindstrand, the commission’s policy specialist, responded to each of the reasons listed in the petitions for repealing the commission’s rule, the Columbia Basin Herald reports. In one petition, LGBT opponents argued the commission had no authority to make the rule, that gender is defined by physical characteristics, and the rule promotes predatory behavior and confuses children.

But Lindstrand countered that the commission acted well within the scope of its authority and according to state laws. She also said that the definition of gender identity, as defined in Washington’s nondiscrimination law, does not specify physical characteristics as being a necessity in determining gender identity. And she said there is no evidence suggesting that the rule confuses children or promotes predatory behavior.

The second petition rehashed many of the same arguments promoted by anti-trans forces and mentioned in the first petition. The petitioners argued that the rule was not adopted lawfully, forces people to ignore biology, violates privacy rights, and that the public comment period surrounding the rule’s adoption was inconvenient.

“People have many options and can make decisions about what is in their best interest for their comfort level and then exercise those options,” she said.

At Monday’s meeting, a group of more than 20 people put forth several well-worn arguments against the rule, alleging that this will allow men to go into women’s bathrooms and locker rooms and prey on vulnerable females and young girls. Others argued that victims of sexual assault would be unduly traumatized by showering next to someone with male anatomy.

But Commissioner Charlene Strong commented that, as a sexual assault survivor, she supports the rule. And Commissioner Skylee Sahlstrom noted that if a man who is clearly a man enters a women’s bathroom or locker room, patrons are completely free to question his presence in that space.

Last month, an incident where a biological cisgender male entered a women’s locker room and began undressing garnered headlines, with right-wing media outlets seizing on the incident as a warning of what will come if trans people are allowed to use the bathroom consistent with their gender identity. But the commission, upon investigating the incident, noted that the man had never claimed to be transgender, and had allegedly entered the locker room in order to make what they called “some kind of misguided point about the Human Rights Commission’s rules regarding equal access to gender-segregated facilities.”

Calling the man’s behavior “inexcusable and reprehensible,” the commission said in a statement: “Men cannot go into the women’s locker room, as this man claimed he had the right to do. Only women, including transgender women, can go into the women’s locker room. Persons who enter the wrong gender-segregated facility for nefarious purposes can be asked to leave in no uncertain terms. And they would have no recourse.

“If a business has a reasonable belief that a person is in the wrong place, there is no rule that states that the person cannot be questioned and required to leave,” the statement continued. “…If a business makes an honest mistake, and requires a protected person to leave a facility, and the wronged person files a civil rights complaint, the Human Rights Commission will look upon this as an opportunity for education, not for punitive action. The Human Rights Commission cannot impose fines, cannot throw anybody in jail, and will not seek an outcome disproportionate to the action; rather it will seek a mutual resolution among the parties.”

Retired State Sen. Joyce Mulliken, one of the petitioners, told the Herald that her group intends to appeal the commission’s decision to the office of Gov. Jay Inslee (D) and the Joint Administrative Rules Review Committee, which audits and oversees state agencies, boards and commissions.

This is not the first time the rule has been challenged. Earlier in this legislative session, Democrats and three Republican senators helped block legislation that would have overturned the rule, and the Democratic-dominated House did not take up any similar challenges. Meanwhile, social conservatives, egged on by the Family Policy Institute of Washington, have filed a ballot initiative to overturn the commission’s rule. The Family Policy Institute is the same group that forced Washington State’s ballot initiative on same-sex marriage onto the 2012 ballot.