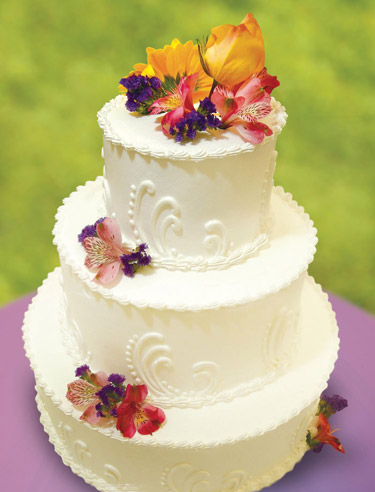 The LGBT community won another battle in the fight for nondiscrimination protections on Monday after the Colorado State Supreme Court refused to hear an appeal from the owners of a bakery who refused to sell a cake to a same-sex couple for their wedding.

In refusing to hear the case, the Colorado Supreme Court allows a lower court ruling finding that the Lakewood-based Masterpiece Cakeshop discriminated against David Mullins and Charlie Craig in 2012, in violation of Colorado’s law prohibiting discrimination in public accommodations based on a person’s sexual orientation.

Mullins and Craig came into Masterpiece to order a wedding cake for a private wedding reception. The couple had planned to marry in Massachusetts and celebrate with family and friends back home in Colorado. But Masterpiece’s owner, Jack Phillips, told the couple it was his standard business practice to refuse to provide cakes to customers for same-sex weddings, citing his religious beliefs as justification. The following day, Craig’s mother, Deborah Munn, called Phillips, who said he did not make wedding cakes for same-sex weddings because of his religious beliefs and thee fact that Colorado at the time did not recognize same-sex marriage.

According to findings of fact in the case, Phillips claims to have been a Christian for 35 years and believes that decorating cakes is a form of art, that he can honor God with his artistic talents, and that it would displease God if he made a cake for a same-sex couple.

Craig and Mullins filed charges of discrimination with the Colorado Civil Rights Division, which found probable cause that the couple had been discriminated against because of their sexual orientation. The American Civil Liberties Union and the ACLU of Colorado then filed suit on behalf of Mullins and Craig.

“The highest court in Colorado today affirmed that no one should be turned away from a public-facing business because of who they are or who they love,” Ria Tabacco Mar, staff attorney for the ACLU’s LGBT Project and the lawyer who argued the case, said in a statement. “We all have a right to our personal beliefs, but we do not have a right to impose those beliefs on others and harm them. We hope today’s win will serve as a lesson for others that equality and fairness should be our guiding principles and that discrimination has no place at the table, or the bakery as the case may be.”

As it turns out, Mullins and Craig were not the first same-sex couple to be turned away by Masterpiece due to Phillips’ purported religious beliefs. Stephanie Schmalz, and her partner, Jeanine, wanted to order some cupcakes to celebrate their commitment ceremony, but the store refused to take their order. But Schmalz later called back and told Phillips that she was planning to host a wedding celebration for two dogs, She told him that the dog wedding cake would need to feed 20 people and should be decorated with the names “Roscoe” and “Buffy.” Without hesitation, Phillips quoted her a price and asked how soon she needed it, according to the ACLU’s blog.

Similarly, Katie Allen attested in a sworn affidavit that she, too was rejected after she and her partner, Alison Sandlin, attempted to order a cake for their commitment ceremony. The two women were allowed to pick certain cake flavors and decorations, and even served samples. But when the sales representative found out they intended to marry each other, she said the bakery had to decline. Allen and Sandlin spoke with Phillips, who justified refusing to make their order by saying he also would not make a cake for a pedophile.

John Riley is the local news reporter for Metro Weekly. He can be reached at jriley@metroweekly.com
← Previous Story Ted Cruz uses trans bathroom panic to garner votes
Next Story → Alabama city will jail trans people for using a public restroom