Home / Arts + Entertainment / Stage / How to Get Away with Murder

How to Get Away with Murder

Olney Theatre takes on a classic made famous by Hitchcock 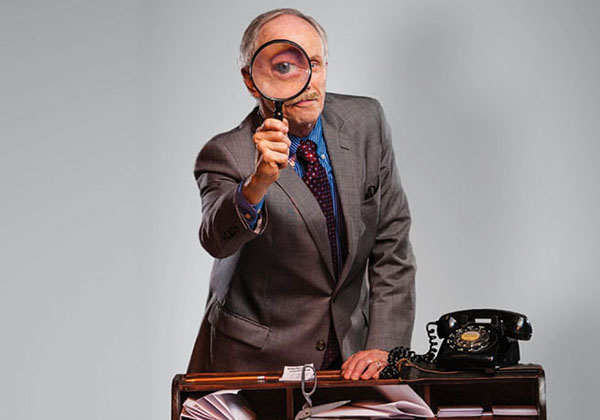 “It’s incredibly fresh and feels very contemporary,” says Jason King Jones. “Except for the fact that there are rotary phones.”

Dialing, of course, was a necessity in 1952, when Frederick Knott’s thriller Dial M for Murder debuted in London. Jones has kept the setting for Olney Theatre’s new production, and he’s confident that no one will get hung up on this detail. “Technology has changed over time,” Jones says, “but the passion of these characters, and their desires to be with each other…and to play with fire, metaphorically speaking, relates very much to the here and now.”

The play isn’t staged often, but most are familiar with the work thanks to Alfred Hitchcock’s 1954 version starring Grace Kelly, Ray Milland and the brilliant John Williams. “Hitchcock was drawn to this piece because the elements of a thriller are baked right into it,” says Jones. Hitchcock shot the film in 3D to give it more of a play-like feel. He eschewed any common 3D trickery of the time and let the depth of the settings convey tension. Only once does Hitchcock resort to a flashy 3D jolt, as a character is fighting off a strangler.

Hitchcock enlisted Knott to carefully adapt the work — which Jones calls “a fantastically crafted thriller” — for the screen. Yet both screen and stage versions are full of suspense and surprise. “You’re often on the edge of your seat about whether or not the characters are going to get away with what they’re trying to achieve,” says Jones.

Check for Discount Tickets to Dial M For Murder

This summer, Jones returns to directing the classics with a production of Hamlet for the National Players, Olney’s national touring company. Yet the Missouri native is relishing the new opportunities he’s had since joining the theater company over three years ago. He’s done everything from new plays to musicals — including last year’s Godspell and this winter’s Mary Poppins. Dial M for Murder marks his first foray into thriller territory. Chances are it won’t be his last.