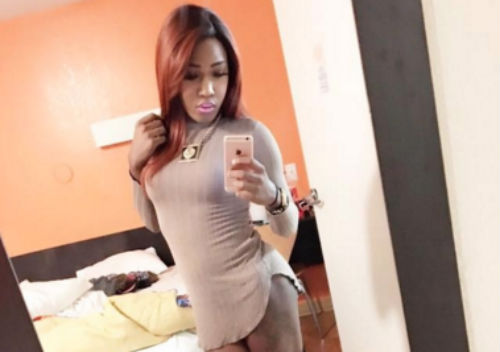 Montgomery County police have identified the victim of a homicide in a Rockville hotel as a transgender female, according to The Washington Post.

Police initially said they were investigating a “suspicious death” at the Red Roof Inn, located in the 16000 block of Shady Grove Road in Rockville. In a press release, they revealed that the victim suffered trauma to her upper body in the attack. The Office of the Chief Medical Examiner later ruled the death to be a homicide, and police identified the victim as 22-year-old Keyonna Blakeney, of Washington.

In a second press release after Blakeney’s identity was revealed, police say they believe she was killed early on Saturday morning in her hotel room at the Red Roof Inn. She was found shortly before noon that day.

A subsequent news release from Montgomery County Police wrongly identified Blakeney by her former name, but correctly noted her gender identity and her proper name. In that news release, police claim that Blakeney may have been engaging in prostitution at the time of her death.

Detectives are urging anyone who may have information about Blakeney’s murder to call 240-773-5070. Anonymous tips can also be left with police by calling 866-411-8477. A reward of up to $10,000 is available to anyone with relevant information about the case.

Blakeney’s murder comes after a record-setting year in 2015, when 21 transgender or gender-nonconforming people, mostly women of color, were killed. Her death is the second prominent transgender death in Montgomery County in the past year, following the death of 21-year-old Zella Ziona, who was shot in the head in Gaithersburg last year.

“We are mourning the death of Keyonna Blakeney, a 22-year-old black trans woman murdered in Rockville, Maryland,” the National LGBTQ Task Force said in a Facebook post. “We will continue to work towards ending violence, harassment and discrimination against transgender people, especially trans women of color who are the most vulnerable.”

A GoFundMe page has been created to raise money to cover memorial service expenses for Blakeney, who lacked life insurance, according to the page’s creator, Melissa Randolph. As of Monday evening, the page had raised more than $1,200 out of a goal of $4,000.

Transgender targets: Transgender murder rates in 2015 are out of control

In a Facebook post, transgender entertainer Foxx Jazell wrote: “We have lost another transsister after being brutally murdered in DC (sic) at a Red Roof inn. The word on the streets & from close friends is that she was the victim of ‘pussy stuntin.’ I just saw her post a few days ago that she was celebrating her birthday. This is becoming routine. Girls please be careful out there because the same trade that will have you will be the same trade that will murk u.”

Jazell then wrote a follow-up post that reads: “Due to the overwhelming response to my post in regards to Keyonna Blakeney tonight at 9pm we will be doing a ‘T-time with gurlz’ FB LIVE State of emergency special. Join us we discuss trans hate, ‘pussy stuntin’ & ways to keep our transsisters safe. Although details on this case are still unfolding, it’s important that we not past (sic) judgement or make assumptions without knowing the facts.”

John Riley is the local news reporter for Metro Weekly. He can be reached at jriley@metroweekly.com
← Previous Story Political strategists charged in Maryland robocall against openly gay candidate
Next Story → Appeals court rules in favor of trans student over bathroom policy lawsuit