Home / News + Politics / Nation / Clinton to trans woman attacked on subway: I’m on your side

Clinton to trans woman attacked on subway: I’m on your side 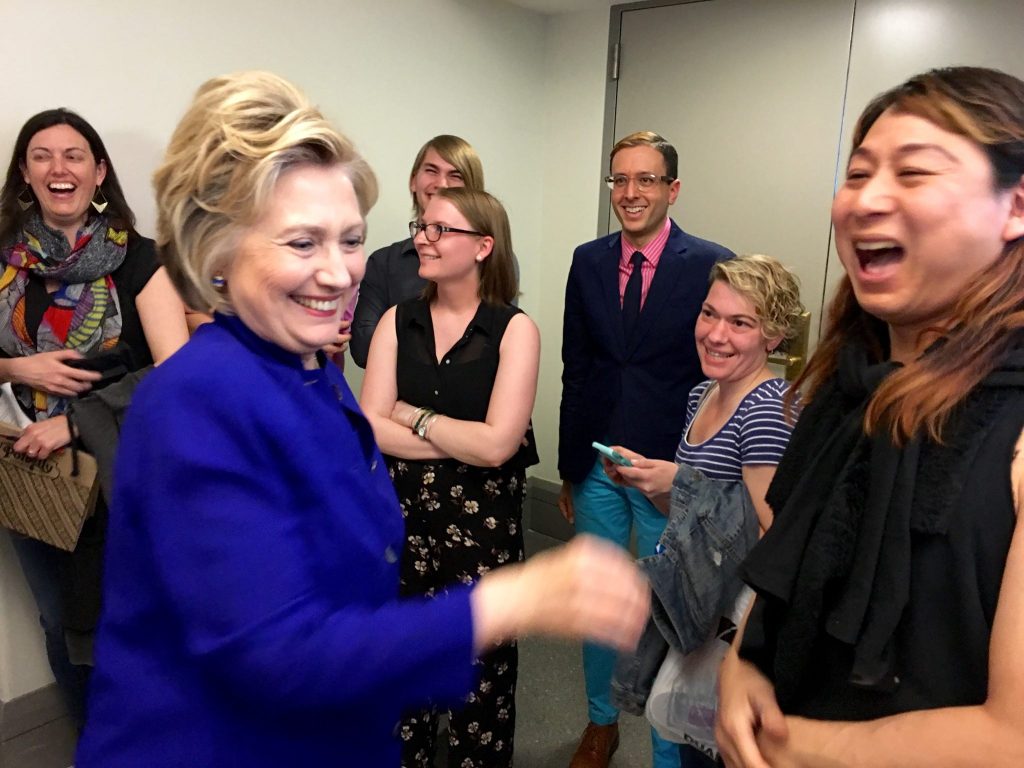 Hillary Clinton has taken to Facebook to offer words of support to a trans woman allegedly assaulted on the New York subway last month.

In a video of the incident posted to Facebook, Pearl Love — who emigrated to the US from Taiwan in 1998 — was subjected to racist and transphobic language from another passenger. When the barrage continued without intervention, Love started recording with her cellphone, ABC News reports.

“I just sat down and started reading my book but then this woman across me just randomly started yelling profanities at me and saying racist things,” Love told ABC News. “I tried to just ignore it as I usually do, but this woman kept going for over five minutes. She was getting louder and more aggressive, so I started recording because I was scared.”

The woman blasted Love for having a “motherfucking women’s bag” and for “living in a man’s penis and body with women’s makeup on.” When she noticed she was being recorded, the woman shouted: “What you gon’ do? Send it to China? What the fuck they gon’ do?” Her barrage continued, including calling Love “garbage,” “transvestite,” and “a fucking homo gay motherfucking in some fucking women’s products.”

The woman eventually left her seat and slapped the phone out of her hand, at which point the video ends.

Love’s video has been viewed over 250,000 times on Facebook, with hundreds of messages of support. Love probably wasn’t expecting to hear from Hillary Clinton, however, who used her official account to offer her support to Love.

.@HillaryClinton responds to Pearl Love, who identifies as an Asian transgender individual & was harassed on subway pic.twitter.com/GybqPScdBY

“Pearl, I’m so sorry that you experienced this,” Clinton wrote. “The all-too-high prevalence of violence and hatred faced by the transgender community — today, in 2016! — is a rebuke to all of us.

“Every single person deserves to be safe and live free from discrimination and cruelty, period,” she continued. “And transgender people need to hear from every one of us that you are loved, respected, and deserving of equality under the law. Know that you have my support, and I’m on your side.”

Clinton met Love during a campaign stop in New York’s West Village 9 days before she was attacked, DNA Info reports. In response to Clinton’s comments on her video, Love responded that it was “amazing” that Clinton had messaged her.

“I feel loved, my dear friends, thanks for all support,” she wrote.