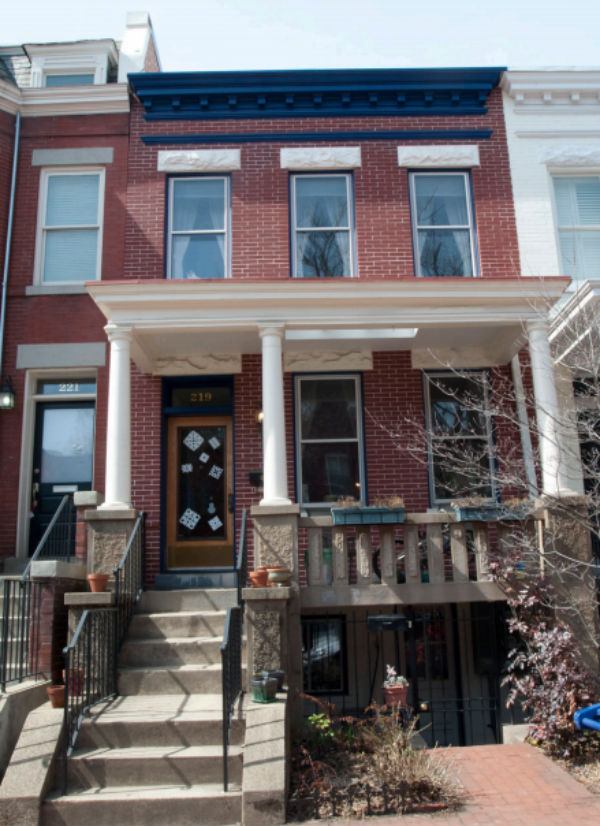 Furies Collective House site, as photographed for its registration form seeking to be listed on the Register of Historic Places (Photo: Patsy Lynch).

This week was good news for lovers of gay history, as the National Register of Historic Places added its first lesbian site and its first Latino LGBTQ site to its listings. In total, there are only seven LGBTQ-affiliated sites on the Register, which lists more than 90,000 historic places throughout the United States and its territories.

The house of the Furies Collective, a D.C.-based lesbian feminist separatist collective, located at 219 11th St. SE, became the first nationally recognized lesbian site to land on the register. Earlier this year, the house was approved as a D.C. historic landmark, making it only the second such LGBT-related landmark in the District, along with the Northwest D.C. house of former LGBT rights leader and activist Frank Kameny.

The Furies Collective house served as the center of the lesbian movement in D.C., where a dozen women congregated and came together to discuss issues related to feminism and lesbians’ place in society. The women were involved in the publication of The Furies, a tabloid newspaper, and motive magazine, a youth magazine of the United Methodist Church.

“It’s good to have another D.C. site on the Register. It’s good to have another queer site on the Register,” says Mark Meinke, a local LGBT historian who worked on the application for the Furies Collective. “There are sites that are connected with lesbian individuals, which don’t mention that they are lesbians. So this is the first explicitly lesbian site.”

This news comes after news that President Obama is planning to approve the erection of the first-ever national monument honoring the history of the LGBT community at the Stonewall Inn in New York City. Currently, the Stonewall Inn is one of only two queer sites — the other being the Henry Gerber House in Chicago — listed as a National Historic Landmark. Needless to say, this proposal has drawn some vocal criticism from the usual suspects who typically oppose anything recognizing or honoring the LGBT community or LGBT rights in general.

According to the Los Angeles Times, the plot of land at the Stonewall Inn must still be transferred to the federal government, but is expected to be approved by Obama once all details are worked out. As the site of a June 1969 uprising in Greenwich Village that first introduced the LGBT community into the public consciousness, the inn, and the story surrounding the Stonewall riots, have stood as a symbol for many members of the LGBT community about the importance of fighting for their civil rights.

A trio of New York Democratic lawmakers, U.S. Rep. Jerrold Nadler and Sens. Kirsten Gillibrand and Chuck Schumer, have introduced legislation to make Stonewall a national park. But they have also urged President Obama to use his executive power to designate the site as a national monument to the LGBT rights movement.

Nadler is calling a press conference with state and city officials on Monday, May 9, outside P.S. 41 in Greenwich Village about the proposal to make the site, and Christopher Park, which is across the street from the physical inn, part of the national monument. The press conference will be immediately followed by a meeting with Secretary of the Interior Sally Jewell and Jonathan Jarvis, the director of the National Park Service, where they will be hearing comments on the proposed monument from members of the public.