LGBT organizations responded to the horrific events in Orlando swiftly and with a unified voice of authority, calling for action in combating the hate aimed at our community 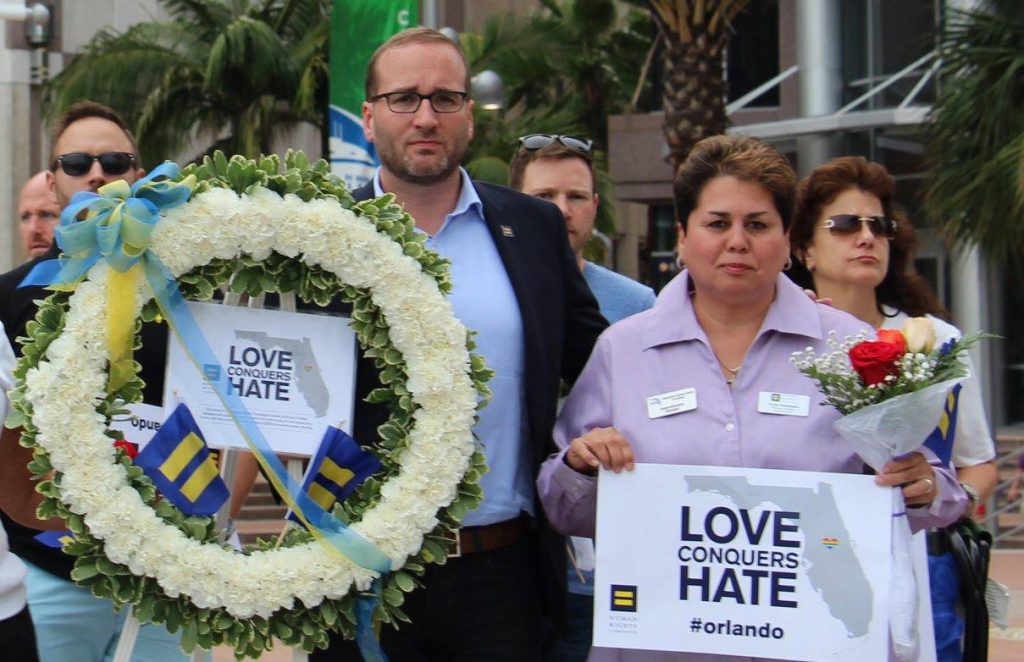 When news broke of Sunday morning’s mass shooting at Pulse nightclub in Orlando, LGBT organizations responded as a united force. They used the opportunity to both mourn the victims and call for solidarity with those targeted by the attack.

“We are devastated by this tragic act of violence,” said Chad Griffin, president of the Human Rights Campaign. “We are grieving for the victims and our hearts are broken for their friends, families, and for the entire community. This tragedy has occurred as our community celebrates pride, and now more than ever we must come together as a nation to affirm that love conquers hate.”

Equality Florida, the state’s top LGBT organization, was “reeling” and “heartbroken and angry” at the violence that had claimed lives in their community.

“Gay clubs hold a significant place in LGBTQ history. They were often the only safe gathering place and this horrific act strikes directly at our sense of safety,” they said in a statement. “We make no assumptions on motive. We will await the details in tears of sadness and anger. We stand in solidarity and keep our thoughts on all whose lives have been lost or altered forever in this tragedy.”

Several other organizations expressed shock and horror as details of the mass shooting began to emerge, with the National LGBTQ Task Force, the Congressional LGBT Equality Caucus, the National Hispanic Council on Aging, the Trans Latin@ Coalition, and the Trans United Fund all issuing statements. Many pointed out that a majority of the victims in the attack were Latino, and also called on others to resist the impulse to scapegoat or demonize the Muslim community for the actions of the shooter, who is alleged to have sympathized with ISIS.

Wade Henderson, president and CEO of the Leadership Conference on Civil and Human Rights, offered prayers for the victims, their families, and friends, but also noted that more than 1 in 5 hate crimes single out members of the LGBT community for violence.

“We also extend our love and support to the entire LGBT community, which is grappling with the cold-blooded violence inflicted upon those who were targeted in this attack,” Henderson said. “We owe it to the victims of this tragedy to commit ourselves to being a country that values humanity and the worth of every person.”

A coalition of various LGBT groups, including the Gay, Lesbian & Straight Education Network (GLSEN), Equality Federation, Lambda Legal, the Center for Black Equity, the National Center for Lesbian Rights, and the National Center for Transgender Equality, co-signed a letter decrying the tragedy, while looking at the broader picture surrounding the obstacles that face many within the LGBT community. They emphasized the importance of not scapegoating any single community in their grief.

“This national tragedy happened against a backdrop of anti-LGBTQ legislation sweeping this country, and we must not forget that in this time of grief,” the letter reads. “The animus and violence toward LGBTQ people is not news to our community. It is our history, and it is our reality…. The Orlando shooting is simply an extreme instance of the kind of violence that LGBTQ people encounter every day.

“We appeal to all in our movement and all who support us to band together in rejecting hatred and violence in all its shape-shifting forms. Let us stand united as a diverse LGBTQ community of many faiths, races, ethnicities, nationalities and backgrounds.”

John Riley is the local news reporter for Metro Weekly. He can be reached at jriley@metroweekly.com
← Previous Story Scene Scroll: Dignity Washington’s Vigil for Orlando on Dupont Circle
Next Story → Opinion: An Attack on All of Us