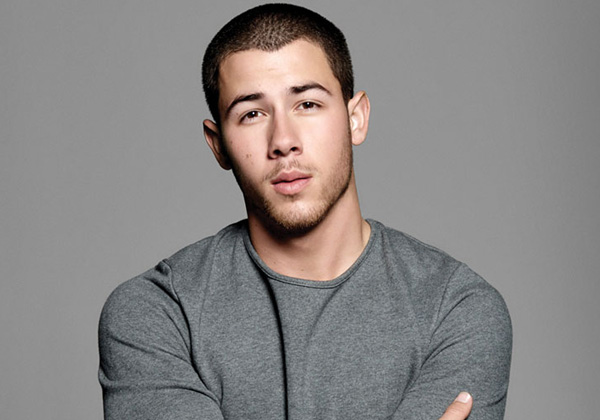 For many, the Jonas Brothers are best remembered as a pop culture punchline, due in part to their squeaky clean image and purity ring publicity. They did not do much in the way of providing a memorable soundtrack to the teen pop mania they inspired in the trail of similar acts such as Hanson and, well, Hanson. Yes, they had hits (of sorts), but arguably nothing that wormed its way into one’s ears as much as other boy band teen-idols, such as the Backstreet Boys or One Direction.

Now that brother Nick has grown up and gone solo, all this leans in his favor, as he arguably has no songs as huge as mainstream radio staples “I Want It That Way” or “Backstreet’s Back” to redefine himself against. On 2014’s Nick Jonas, his first post- purity ring album that, unsurprisingly, carved out a much more “edgy” style than before, he was savvy enough to work with hip producers such as Jason Evigan (Maroon 5, Jason Derulo) and Sir Nolan (Selena Gomez, Jason Derulo). However, his latest release, Last Year Was Complicated (

The album’s biggest problem is that Jonas doesn’t stretch himself at all, preferring to let his producers do all the heavy lifting. Despite various contemporary, polished production surfaces, high profile duets , and even some swearing, the record is curiously self-conscious and flat. Not that this need be a problem for a singer who can sell on celebrity alone, but previous single “Jealous,” his biggest international hit to date, was as much ear-candy as Jonas is eye-candy. Opening with a smattering of skittery club-centric songs successfully showcases his knack for an easy listening experience, but the sheer lyrical and melodic predictability of songs such as “Voodoo” and “Champagne Problems” undermine the glassy synths that do their best to camouflage their lack of identity. Ultimately, pleasant soon becomes plodding, making Complicated difficult to take in the one sitting.

Despite the reflective album title, the album isn’t entirely bogged down by anxiety and confusion, with several productions elevating the mood by moving things to the club. Indeed, he fares slightly better where the album finds more sprightly form, such as on the thick ’80s electro pulse of “Champagne Problems,” a song that pops its cork production-wise and yet goes slightly flat with the actual song the grooves are cushioning.

However, most songs slavishly follow the Justin Timberlake next-door formula, a setback in itself, such as on the slightly patronizing “Good Girls.” He is an unconvincing lover on “Touch,” perhaps because much of his stance here seems borrowed blatantly from Michael Jackson and sounds like an Invincible outtake. His already questionable taste level is further questioned on “Bacon,” a lukewarm slice of smut so overcooked it would embarrass Robin Thicke.

The sappy R’n’B ballads could easily be any one of his many peers (from Jason Derulo to the latest solo whichever One Direction member is up at bat); they tend to blend together. Yet he does shine on limited bursts of uptempo dance-geared pop songs that are sadly few and far between. “Chains” is an exception, but may as well simply be Beyoncé’s “Halo” with added profanity. It is telling that the album’s true gem, the ambiguously titled “Under You,” is in the same spirit as “Jealous.” It’s proof that when given more emphatic material, the results are much more assured and impressive.

Although he is a passable vocalist, rather than a truly skilled one, Jonas often lacks expression, adding to the album’s sense of being all smouldering technique and glassy surface, without much soulful or melodic substance. His falsetto is as good as the current crop of tattooed teeny-bop heartthrobs, but as with Justin Timberlake’s hellishly determined upper range before him, is utterly without character, which is something that can too often be said about the songs themselves. Last Year Was Complicated is simply smooth and unequivocally bland.

Check on ticket offers to see Nick Jonas and Demi Lovato in concert at the Verizon Center in D.C.

Last Year Was Complicated is now available on iTunes, Amazon and Spotify.