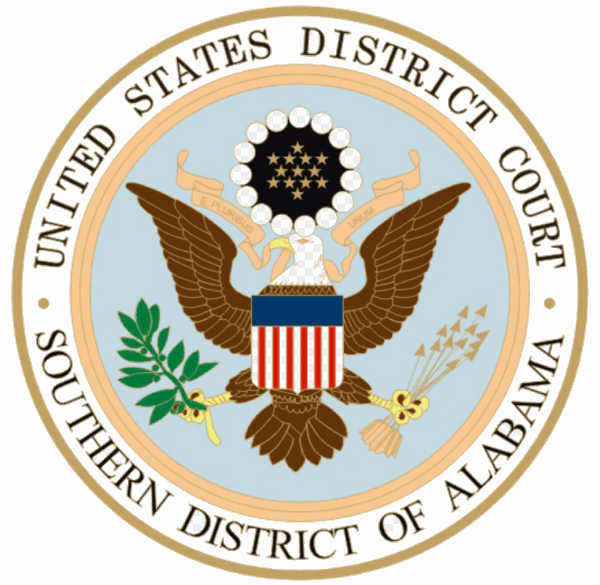 Seal of the United States District Court for the Southern District of Alabama, via Wikimedia.

A federal judge has issued an order directing all Alabama officials to abide by the Supreme Court’s decision in Obergefell v. Hodges from last summer, saying they can no longer refuse to grant qualified same-sex couples marriage licenses.

U.S. District Judge Callie Granade has issued a permanent injunction requiring Alabama officials, including probate judges who oversee the marriage licensing process, saying they must abide by the high court’s ruling, even though Alabama’s voter-approved ban on same-sex marriage remains on the books. As such, they must grant licenses to same-sex couples and recognize those marriages as valid.

“Today’s ruling establishes clearly and finally that all state officials in Alabama must respect same-sex couples’ freedom to marry,” Shannon Minter, the legal director of the National Center for Lesbian Rights (NCLR), said in a statement. “It is unfortunate that some state officials, including members of the state judiciary, continued to question their obligations even after the Supreme Court’s marriage equality decision last year. Today’s ruling should put any confusion to rest.”

Minter’s comments alluded to actions by Alabama Supreme Court Chief Justice Roy Moore, who in January ordered Alabama’s probate judges to stop issuing marriage licenses to same-sex couples. According to Moore, a March 2015 ruling that he and the other members of the Alabama Supreme Court had issued to halt the issuance of same-sex marriage licenses remains binding. But LGBT advocates contend that ban was negated by the Supreme Court when it found various state bans on same-sex marriage to be unconstitutional in the Obergefell case.

Moore’s actions were later challenged in court by a coalition of four civil liberties organizations: NCLR, the American Civil Liberties Union (ACLU) of Alabama, the Southern Poverty Law Center, and Americans United for Separation of Church and State. The Southern Poverty Law Center later filed a complaint with the Alabama Judicial Inquiry Commission accusing Moore of violating judicial ethics in an attempt to block same-sex couples from obtaining marriage licenses. As a result, Moore has been suspended with pay from his position on the court. If found guilty of ethical violations, Moore risks being removed from office, which would mark the second such instance in his career. In 2003, the Alabama Court of the Judiciary removed Moore for installing, and then refusing to remove, a monument to the Ten Commandments inside the state judicial building in Montgomery.

Prior to today’s ruling by Granade, the four civil liberties organizations had argued that she issue a permanent injunction to ensure that state officials could not subvert or ignore the Supreme Court’s binding recision with respect to marriage equality. The Supreme Court, with Moore at the helm, had been offered the chance to withdraw its 2015 ruling, but refused to do so. Granade pointed to that resistance to recognizing same-sex marriages as evidence for why a permanent injunction remained necessary.

“The failure of the Alabama Supreme Court to set aside its earlier mandamus order and its willingness to uphold that order in the face of the United State Supreme Court’s ruling in Obergefell demonstrate the need for a permanent injunction in this case,” she wrote. “…As long as the Sanctity of Marriage Amendment and the Alabama Marriage Protection Act remain on the books, there continues to be a live controversy with respect to which the Court can give meaningful relief.”

Chris Stoll, a senior staff attorney with NCLR, said that should Alabama state officials continue refusing to grant licenses to same-sex couples, the aggrieved party could try to get an order to force particular officials to comply with the Supreme Court’s ruling.

“If there was continued noncompliance, federal judges have a number of powers, which could include issuing fines or even jail time for officials who are in contempt of that order,” Stoll said, comparing it to the penalties faced by Kentucky Clerk Kim Davis after she refused to issue licenses in Rowan County because of her objection to having her name and office included on the licenses of same-sex couples.