Massachusetts Gov. Charlie Baker (R) has finally stepped off the fence on a transgender nondiscrimination bill working its way through the Massachusetts General Assembly, saying he’ll sign the bill — but only if it emerges from today’s session intact with language from the House version.

Baker, who has tried to balance being the leader of Bay State Republicans while also keeping up the moderate image he needs to maintain popularity in Democratic-leaning Massachusetts, made the announcement in an interview with The Boston Globe, saying he’d sign the bill because he doesn’t want people to be discriminated against. Massachusetts previously passed a transgender nondiscrimination bill with protections in employment and housing in 2011, but removed provisions relating to public accommodations after lemming-like lawmakers from both parties turned tail, due in part to socially conservative opponents raising the issue of public multi-user restrooms and branding the measure “the bathroom bill.”

Both Senate and House versions of this year’s bill extend nondiscrimination protections in public accommodations, with the intent of ensuring transgender people are not turned away from for-profits businesses such as restaurants, malls or music halls. Both versions also allow transgender people to use the bathroom or changing facilities that correspond with their gender identity.

However, the House version contains language that did not pass when the Senate approved its version of the bill last month on a 33-4 vote. The House language contains a provision that directs the office of the attorney general to issue guidance on when and how legal action may be taken against people who assert gender identity for an “improper purpose.” House leaders say the provision is needed, not only to woo Baker’s support, but to protect lawmakers from socially conservative districts.

“I support the House version, which, I believe, supplies the right amount of clarity with respect to the public safety questions that other people have raised,” Baker told The Globe, adding that those questions have come from “fair-minded and well-meaning people, I believe.”

The House version also requires the Massachusetts Commission Against Discrimination to make rules and regulations protecting transgender people from discrimination, which would set forth guidelines for businesses and public accommodations — and their employees — to work by, and which questions they can ask legally if there is confusion about a person’s gender identity. House leaders say this provision will ensure that transgender people aren’t unreasonably harassed for proof of their gender identity.

If the bill passes the House later today, Senate President Stanley Rosenberg (D-Amherst) has indicated that his chamber will likely to agree to pass the House version so that Baker can sign the measure into law. 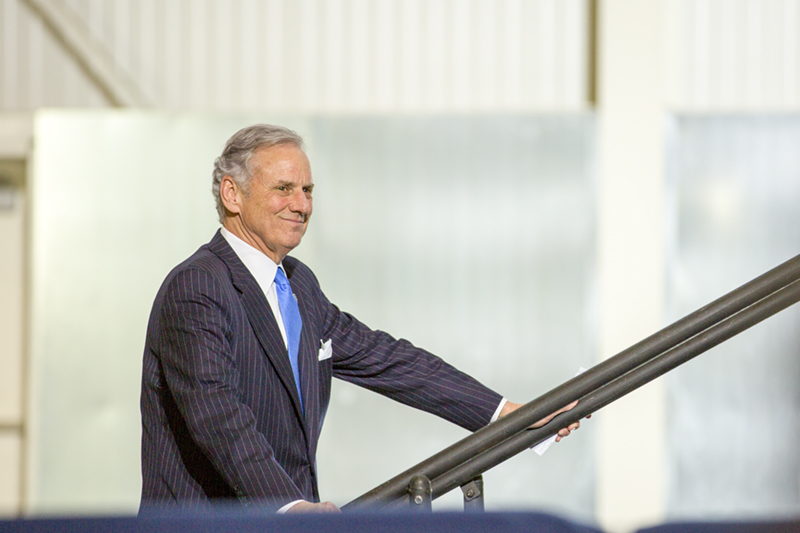 The resolution, dubbed the "Women's Bill of Rights," affirms that, for legal purposes, "sex" means only a person's biological sex -- either male or female -- at birth, and distinctly defines the terms "woman," "girl," and "mother" as referring to humans assigned female at birth while "man," "boy," and "father" refer to humans assigned male at birth.