Home / News + Politics / From the Editor / Editor’s Notebook: The End of Procrastination

Editor’s Notebook: The End of Procrastination

It’s also a product of love, passion, dedication, exasperation, frustration, mild-to-wild arguments, and occasional ennui. Most of all, it’s a product of pride. 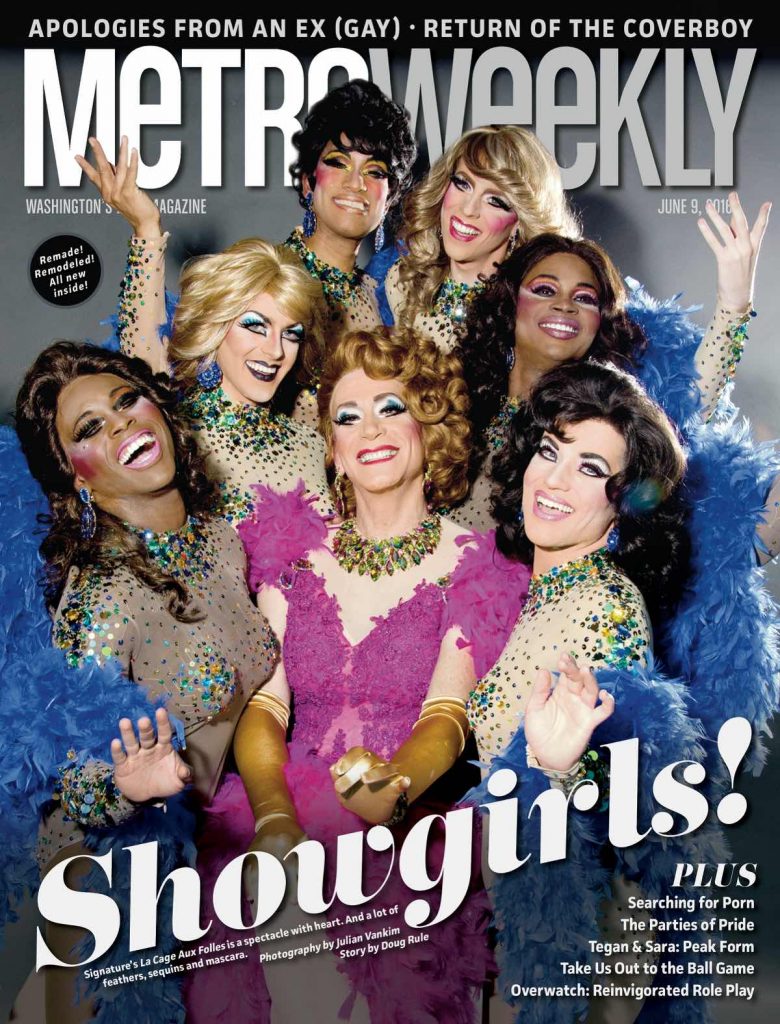 This is the first full redesign from Todd Franson, who started with the magazine in 1995 as a photographer and, in 2007, took on the role of art director. Those of you who know Todd — and many of you do, having been immortalized by him in portraiture — know what a perfectionist he is. Unfortunately, he works with a merry band of journalists who believe the term “early deadline” means “five minutes before we have to turn it into the printer.”

I hope you’ll agree that Todd’s redesign is lovely, sophisticated and playful. The folios alone took a year to design. But that’s mostly because I couldn’t decide on the best place for a page number.

The new design creates a more readable, more inviting, more visual experience. One of the things we have not adequately done since upgrading to a full glossy format in 2013 is to take advantage of how visually dynamic magazines are. It’s long been my belief that photography and illustration should be as celebrated as much as the words that surround them. To that end, this week’s issue includes eight stunning photographs by Julian Vankim, who was given exclusive access to the cast of Signature’s new production of La Cage aux Folles. You’ll also find two section starters that put visuals at the fore — Spotlight, our new events-driven magazine opener, and Gallery, which precedes our review section and which we hope to turn into a celebration of LGBT artists from around the world.

Throughout, we’ve added elements to enhance your experience as a reader, providing a laugh, a smile, something to 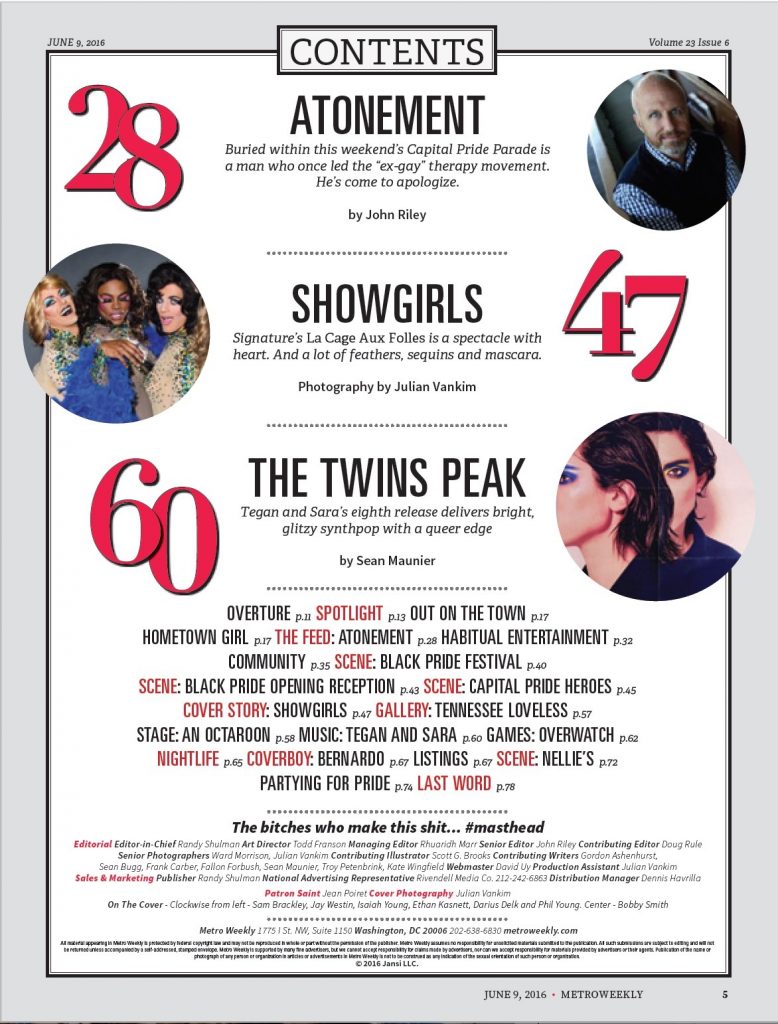 ponder, something to get outraged over. The internet has changed the way print must respond to daily news, so while you’ll still find news of note daily at metroweekly.com, in print we’re taking a more contextualized, human, deeper approach. Gone is our longstanding News section, replaced by The Feed, which we plan to grow into an engaging section that takes a different look at LGBT issues of the day and the people behind them. I’m particularly excited to see how The Feed evolves over time.

One of Metro Weekly’s greatest strengths has always been its connection to the arts. Politics and activism are vital to our forward momentum, but the groundwork for societal change is laid by the arts, which provides cultural context, insight, and a forum for discussion and debate. With this issue, we pull the trigger on something I’ve wanted to do for about 15 years: Out On the Town — which has been in every issue since the very first, way back in 1994 — now opens the magazine. We want you to take a breath and plan your week before diving into the deep end of politics and prose.

Finally, this issue also heralds the return of the Nightlife Coverboy. I blame this entirely on Ed Bailey, but I’ll have more to say about that in the coming weeks. For now, sign up to our email list at metroweekly.com/join to fully take part in our forthcoming Coverboy of the Month contest.

At this point, the best thing to do is to let you discover the changes within for yourself. Of course, we’d love to hear what you think. You can reach us on Twitter at @Metroweekly, Facebook at facebook.com/metroweekly, or simply send an email to editor@metroweekly.com. You can also stop by our booth this Sunday at the Capital Pride Festival and say “Hey, wasn’t that you I saw on Grindr?” (It wasn’t, we were far too busy pulling this week’s issue together.)

If I could have, I would have delayed the design by another week, just to tweak a few more things, to add an element here or move something there or readjust those page numbers… but I think Todd would have killed me.

Tell us what you think in the comments below — and what you would like to see us add or cover more of! We’re always open to suggestions. More or less….

Enjoy the new Metro Weekly, and have a Happy Pride.

Randy Shulman is Metro Weekly's Publisher and Editor-in-Chief. He can be reached at rshulman@metroweekly.com.
Next Story → Opinion: An Attack on All of Us