In a market oversaturated with similar games, "Overwatch" is a glowing example of competitive online gaming at its best

To call Overwatch something of a revelation smacks of hyperbole. After all, it’s a first-person shooter, at a time when the industry is saturated with them. It comes from one of the biggest developers out there. And it’s yet another online-focused, competitive title — something gamers are hardly starving for. Overwatch doesn’t achieve anything significantly new or different. But what it did accomplish is nothing short of miraculous: it reinvigorated my interest in multiplayer gaming.

After years burning out on Call of Duty, Destiny, Battlefield and any other number of games that involve shooting other online players in the face, Overwatch (

) succeeds primarily by tackling the genre from a different angle. By borrowing the best parts of Team Fortress 2, Blizzard’s phenomenon World of Warcraft, other online FPS games, and adding in layers of personality and polish, Overwatch makes competitive online gaming fun again — mostly by removing the element of competition. Yes, you’ll still be working as a team to take down enemies, defend bases, and advance through areas, but the key word here is team. Overwatch rewards working together in a way that generic FPS games like Call of Duty can only dream of.

Try to be a one-man army and you’ll soon be overwhelmed. Work with the strangers around you, however, and you’ll quickly find that Overwatch is one of the most rewarding experiences to come to gaming so far this year. And if you need further proof that this isn’t business as usual, consider this: for the first time in… well, ever, I enjoyed playing a support class.

Yes, gone are the days of Battlefield‘s afterthought defibrillators and the rigidly defined confines of TF2‘s support classes. Here, support characters span playstyles and classes. Really, only one character is truly a support class in the traditional sense — Mercy is an angelic medic who utilizes a staff to either heal teammates or provide boosts to their attack damage. Her lone weapon is an underpowered pistol, her defenses are above average health and the ability to teleport out of danger. She is definitely not someone who can wage war alone. And yet, a character who would have been all-but abandoned by players in other games is one of the most enjoyable to play here, chiefly because of how Overwatch is structured. I’m not ashamed to admit that I spent more time as Mercy than any of the other 20 playable characters. Hanzo’s overpowered bow was fun, Pharah’s rocket launcher has its moments, Reaper’s shotguns were a literal blast, and Bastion’s tank abilities helped turn the tide of a battle — but none satisfied quite like Mercy.

“Regardless of what character you choose, be it offense, defense, tank or support, you’re going to find something to love.”

Knowing that I was essentially defenseless added an element of danger and adrenaline to every round. Overwatch doesn’t have a great variety of gameplay types (there’s four, all variants on escorting something, controlling an area, or assaulting a base), but as Mercy, it didn’t matter what the main objective was. I was far too busy flitting between the five other people on my team. Mei is busy using her Endothermic Blaster to build a wall of ice to protect our team? I’ll boost her health to shield her from gunfire as she builds. D.Va is pushing ahead with her fusion cannons to advance our position? I’ll boost her damage, helping her inflict as much chaos as possible. Genji died before he was able to deploy his devastating dragon ultimate power? I’ll use my ultimate power to resurrect him where he died, then boost his health as he activates it.

Overwatch makes all of this exquisitely good fun. Regardless of what character you choose, be it offense, defense, tank or support, you’re going to find something to love. Indeed, character selection is enabled every time you die. Not liking Lucio’s sonic gun? Jump into Winston, the genetically engineered gorilla, and start smashing people. Overwatch encourages you to mix and match with each new battle — as players join a game and start selecting characters, a reminder will suggest that someone choose a tank, or builder, or support, to create a more balanced team. Think you can win with an entirely offensive team? It’s certainly possible, but if there’s three Roadhog’s on a team, two people should really bite the bullet and switch to another character. It’s an emphasis on cooperative play that’s reinforced at the end of a match. Sure, Overwatch has killcams to embarrass you with, but once the carnage is over, it doesn’t humiliate the opposing team. Instead, players are afforded the chance to pick their player of the match — from either team — and it’s here that support classes can really gain recognition. Normally, competitive shooters emphasize the person with the most kills, but if you’ve made it your mission to keep other players alive or defend a base, you’re likely to pick up a couple of “likes” at the end of a match. It’s a nice recognition of a battle well-fought that other games are missing.

Is it perfect? No. Headshots with some characters come far too easily, certain Ultimate powers (charged by scoring kills or successfully defending or healing others, as well as slowly charged just by playing) can be devastating for some, useless for others (we’re looking at you, Junkrat, and your controllable, explosive tire). Unfair kills abound, such as Roadhog’s grappling hook going through walls, or Hanzo’s ability to shoot people through walls. None of these are lethal flaws, however, and something Blizzard can fix as the game progresses.

Overall, Overwatch has been one of 2016’s most pleasant surprises. Its characters burst with personality, aided by well-defined voice performances, its graphics — while on the cartoony side and far from the genre’s best — never get in the way of gameplay, and the actual experience of working as a team to vanquish foes or hold a base or escort something remains as fun as it did on launch day. Whether Overwatch remains as popular as it currently is for the foreseeable future is uncertain, but with the potential for more characters, new game modes, and more arenas to fight in (what’s here is generally pretty great), Overwatch can continue to grow and satisfy players. If Blizzard can work out some of the kinks impacting play, it could become a genre-defining example of how an online-focused shooter should be executed.

Overwatch retails for $59.99 is available now on PC, PS4 and Xbox One. 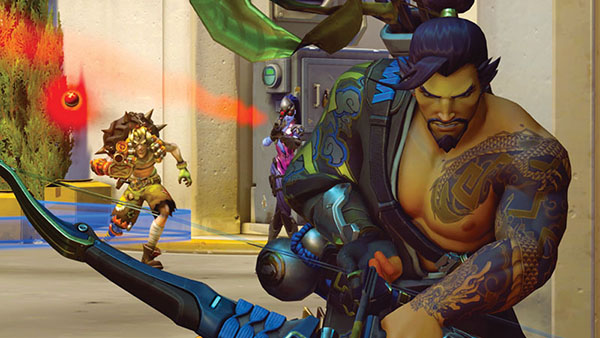